Liam Neeson wants to set the record straight: He's not a "racist."

The actor has come under fire after he revealed in an interview with The Independent earlier this week that he wanted to "unleash physical violence" against a black man after a close friend revealed she had been brutally raped decades ago.

"I'm not a racist," Neeson told "Good Morning America" on Tuesday. But he did feel a "primal urge to lash out" after learning about the decades-old incident.

"I went out deliberately into black areas in the city, looking to be set upon," he said. "It shocked me and it hurt me ... I did seek help, I went to a priest."

"Luckily no violence occurred," he said, adding that he likely would have attacked and possibly killed a man if confronted. 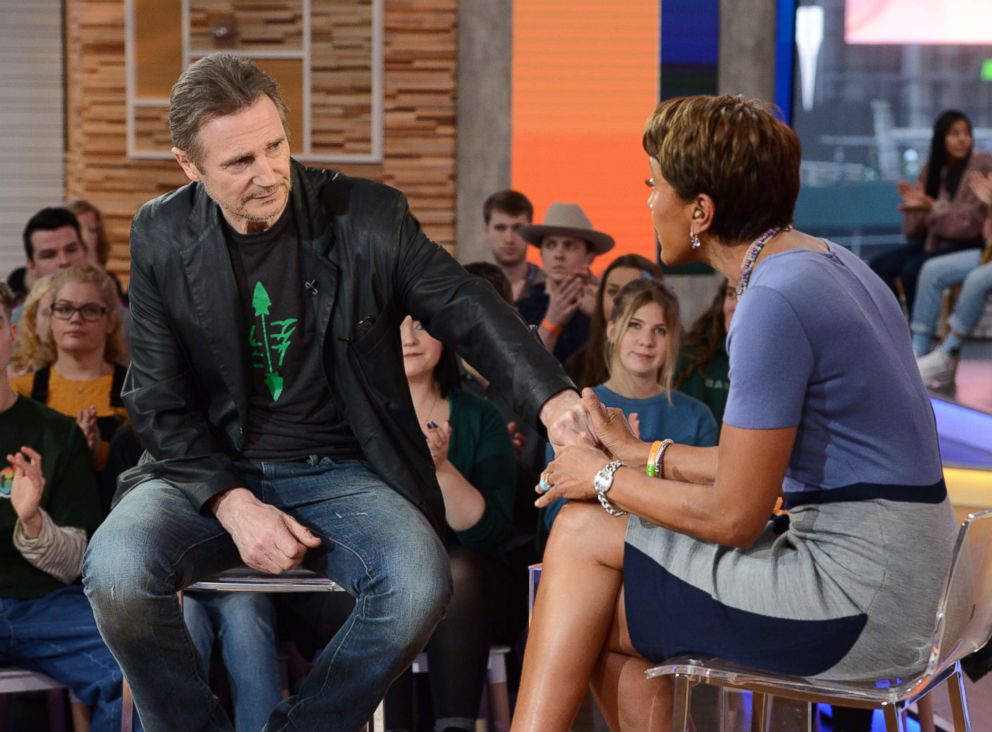 His interview with "GMA" anchor Robin Roberts was a very candid back and forth about racism in the world today. The actor said his takeaway from this experience was that there needs to be a larger discussion to stomp out racism and bigotry.

Neeson's revelation was part of an interview about his new movie, "Cold Pursuit." He admitted in The Independent interview that went viral Monday that his reaction to his friend's rape was just "awful."

"God forbid you’ve ever had a member of your family hurt under criminal conditions," he explained, adding that after he found out about the rape, "my immediate reaction was ... I asked, did she know who it was? No. What color were they? She said it was a black person."

The "Taken" star said he would walk down the streets with a heavy stick, hoping someone would approach him and start an altercation.

(MORE: Liam Neeson opens up about 'The Commuter')

"It was horrible, horrible when I think back, that I did that ... It’s awful, but I did learn a lesson from it, when I eventually thought, ‘What the f--- are you doing?’ You know?" Neeson added.