Lin-Manuel Miranda is skipping the Oscars after his wife tested positive for COVID-19. Miranda said he has tested negative.

The director, writer and musician is in pursuit of an EGOT -- an Emmy, Grammy, Oscar and Tony -- at Sunday's awards ceremony.

Made it to Hollywood...
This weekend, my wife tested ➕ for COVID.
She's doing fine. Kids & I have tested ➖, but out of caution, I won't be going to the Oscars tomorrow night. Cheering for my TickTickBoom & Encanto families w my own family, alongside all of you, ALL of you. -LMM

Only 16 people have won all four awards, including names such as Audrey Hepburn, Whoopi Goldberg, Andrew Lloyd Webber and John Legend.

This is his second Oscar nomination; he was previously nominated in the best original song category for "How Far I'll Go" from the Disney movie "Moana" in 2016. 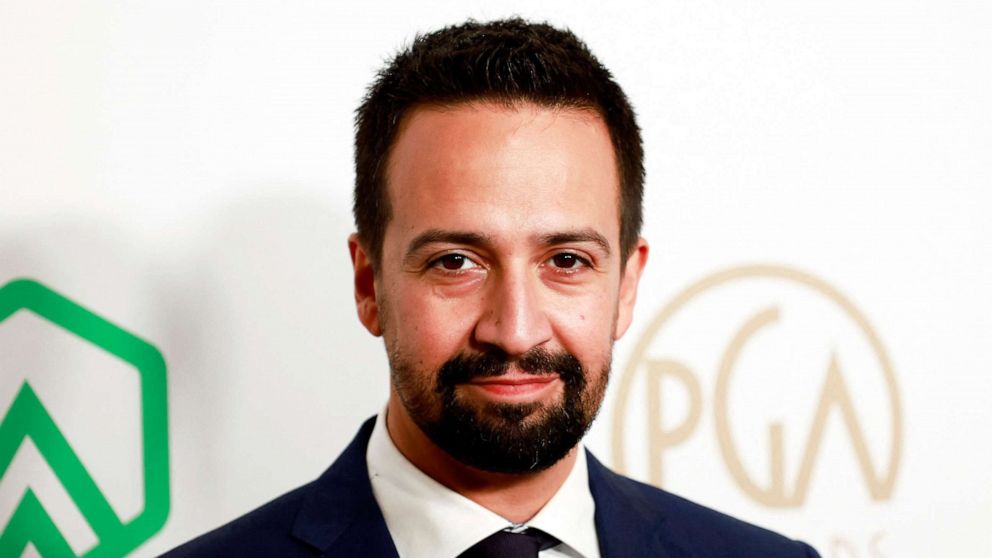 Fans and colleagues sent their best wishes to Miranda on social media.

"Can we postpone the Oscars like.. two weeks?" "Encanto" co-director and co-writer Jared Bush tweeted.

Miranda has had success on the Broadway stage with his Tony Award-winning musicals "In the Heights" and "Hamilton." The former was adapted into a film that was released last summer.

Miranda was vaccinated against the virus and took part in public campaigns to encourage people to get their shots.