Harry Styles kept the Coachella surprises coming during the second weekend of Coachella.

After bringing out Shania Twain during the music festival's first weekend, the British rocker had Lizzo join him on the stage during his headlining set Friday. 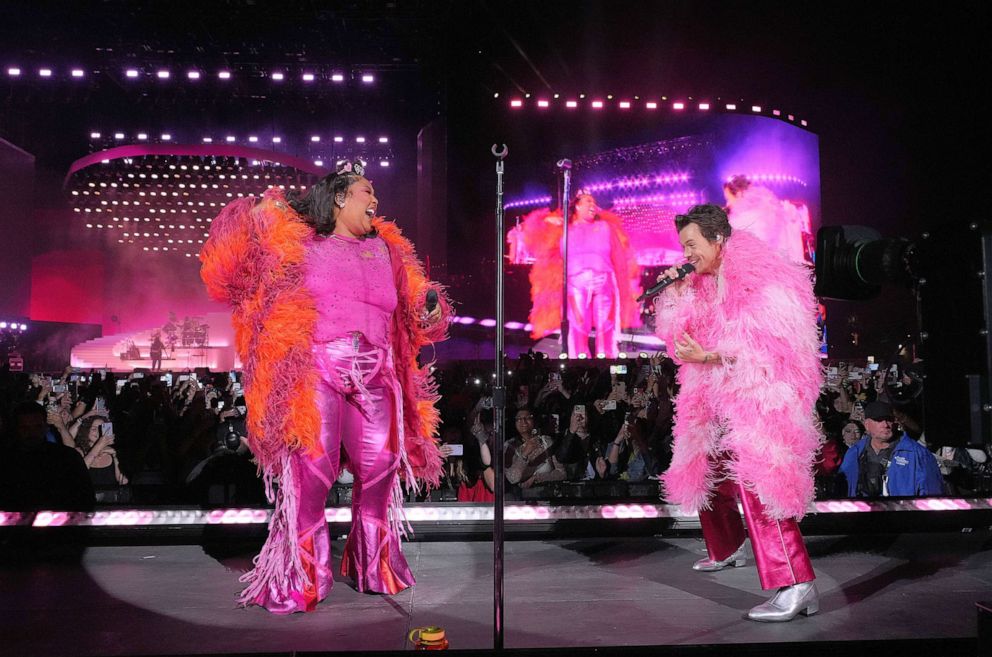 Kevin Mazur/Getty Images for Coachella
Lizzo and Harry Styles perform on the Coachella stage during the 2022 Coachella Valley Music And Arts Festival on April 22, 2022 in Indio, Calif.

The two stars have covered each others' songs and appeared together in concert before and this time they drove the fans into a frenzy by singing One Direction's anthem, "What Makes You Beautiful."

"Thanks @coachella … last night was amazing— @harrystyles is a treasure, gods gift to rock n roll, the light that comes from him is real and infinite.. he makes being on stage in front of hundreds n thousands easy, cus it’s w a friend," Lizzo wrote, sharing a video of them performing the Gloria Gaynor disco hit "I Will Survive."

"His team is incredible— and baby them Gucci coats….?!??" she continued. "Thank you H, like u said 'until next time.'"

Lizzo's new album, "Special," is due out July 15, while Styles' album, "Harry's House," is coming next month.

The Coachella surprises didn't stop there, though, as Billie Eilish -- who brought out Damon Albarn last weekend -- was joined by Paramore's Hayley Williams during her headlining set Saturday. 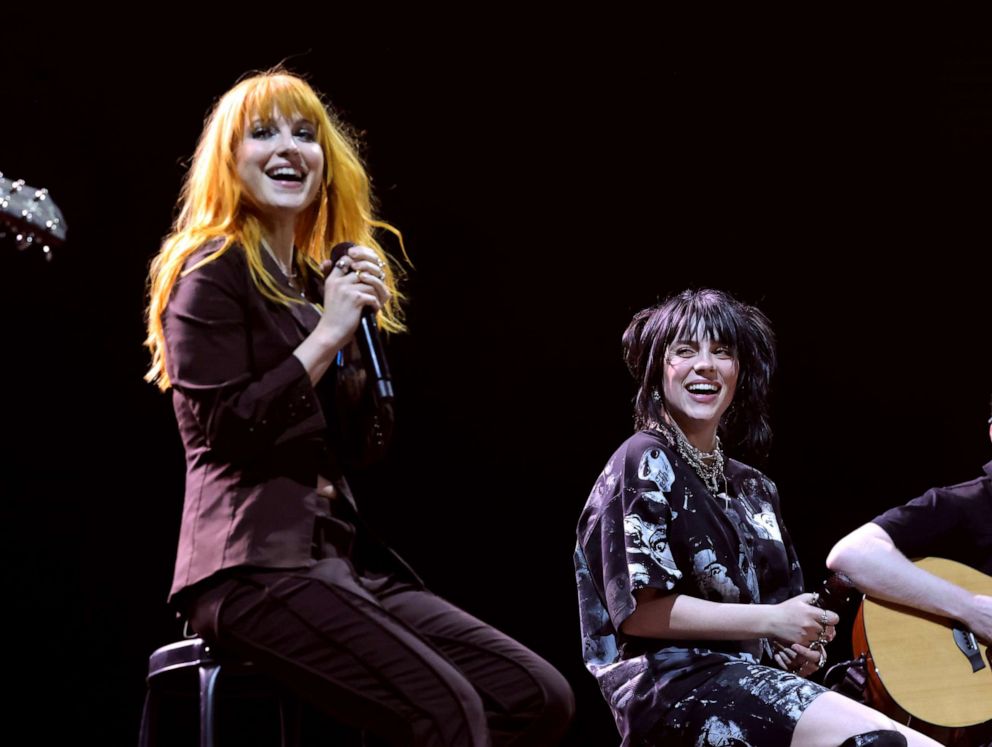 Amy Sussman/Getty Images for Coachella
Hayley Williams and Billie Eilish perform on the Coachella stage during the 2022 Coachella Valley Music And Arts Festival on April 23, 2022 in Indio, Calif.

The two sang Paramore's 2007 hit "Misery Business" -- a surprise choice for Williams since she has distanced herself from the song in recent years -- before joining forces for Eilish's "Happier Than Ever."