Actress Lori Loughlin should spend two months in prison for cheating her daughter's way into the University of Southern California, federal prosecutors said Monday in a memo to the judge ahead of her sentencing Friday.

Loughlin's husband, fashion designer Mossimo Giannulli, should spend five months in prison and the couple should pay a fine of $400,000, the memo stated.

Both stars pleaded guilty to their involvement in the college admissions scandal, though prosecutors portrayed Giannulli as the more active parent in the scheme, by engaging more frequently with mastermind Rick Singer, by directing the payments and "by steamrolling an honest high school counselor who tried to do the right thing."

According to the sentencing memo, Loughlin, Giannulli and their younger daughter discussed in January 2018 how to avoid the chance that the counselor would disrupt the scheme.

"When their daughter asked whether she should list USC as her top choice school, Loughlin replied: 'Yes... But it might be a flag for the weasel to meddle,'" the memo said. "Giannulli added: 'F--- him,' and remarked that the counselor was a 'nosy bastard.'"

"Over the course of two years, they engaged twice in Singer's fraudulent scheme," the sentencing memo said. "They involved both their daughters in the fraud, directing them to pose in staged photographs for use in fake athletic profiles and instructing one daughter how to conceal the scheme from her high school counselor." 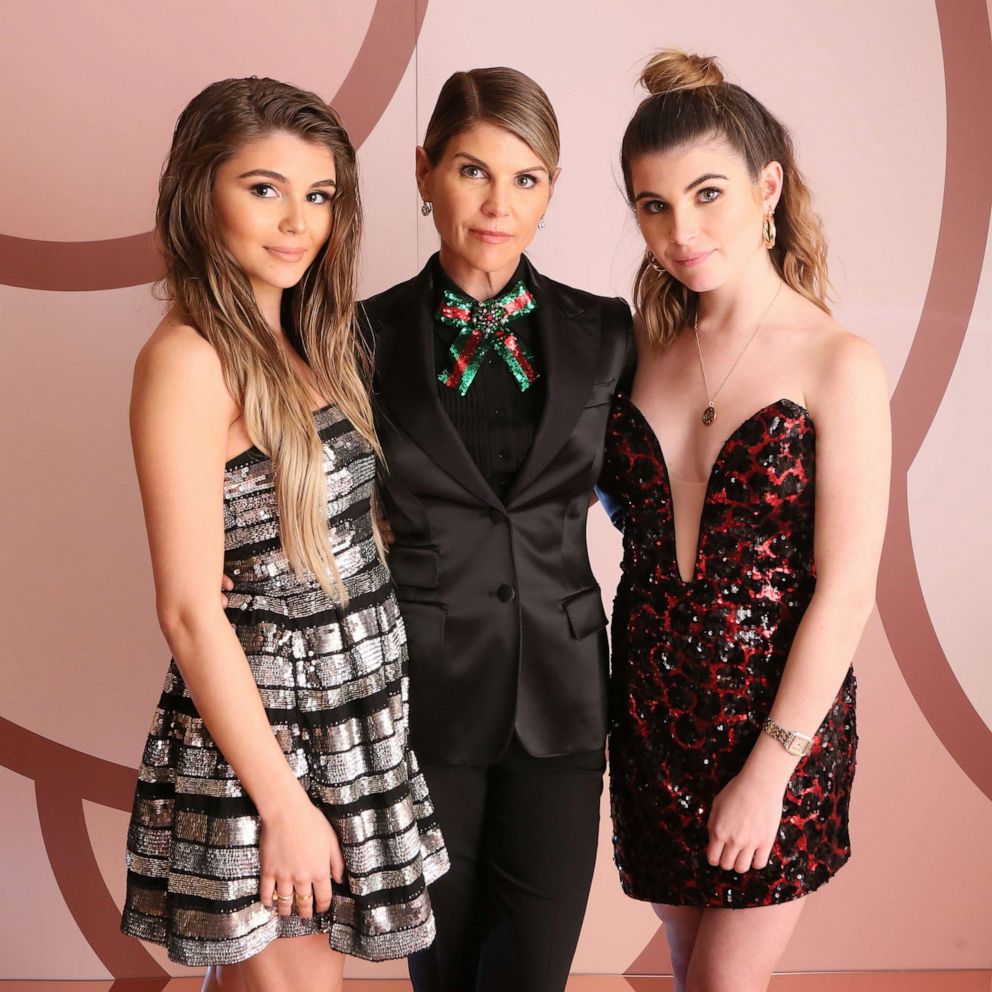 In May, Loughlin, 56, and Giannulli, 57, pleaded guilty, via a Zoom call, to a federal judge for their roles in the massive college admissions scam. They had both been accused of paying Singer $500,000 to get their daughters, Isabella Rose Giannulli and Olivia Jade Giannulli, into USC as crew recruits -- even though neither girl had ever rowed competitively.

"Giannulli emailed Singer a doctored photo of daughter Olivia Jade on a rowing machine to cast her as an experienced coxswain and made purported charitable payments, to facilitate his daughter's fraudulent admission to USC," according to U.S. attorney Eric Rosen. "They conspired with Rick Singer and others to commit wire fraud."

Had the case gone to trial in the fall, as planned, Rosen said prosecutors would have used recorded telephone calls, documents, emails and witness testimony to prove the couple's guilt. In pleading guilty, Loughlin and Giannulli dropped previous assertions that their payments were charitable and prosecutors had withheld exculpatory evidence.

Prosecutors have charged over 50 suspects, including parents and coaches, in the investigation that the FBI been dubbed "Operation Varsity Blues."