By Good Morning America
Video by Brittany Berkowitz, Will Linendoll, Nidhi Singh
Share —
Sign up for our newsletters to get GMA delivered to your inbox every morning!

The collaborative novel explores identity, gender, how secrets are kept and what are the risks to becoming yourself.

Olivia McAfee once had a “picture-perfect life” in Boston. She was married to a surgeon and they were raising a son together. Now, everything is different after her husband reveals a darker side. She never imagined she would be back in her New Hampshire hometown, raising her high school son Asher and taking over her father’s beekeeping business.

Soon, her son falls for the new girl at school. The couple appears happy until one day Olivia receives a phone call: Lily is dead and Asher is being questioned by police. Although Olivia is adamant that her son is innocent, as the case unfolds, she wonders if he’s hidden more than he’s shared with her. 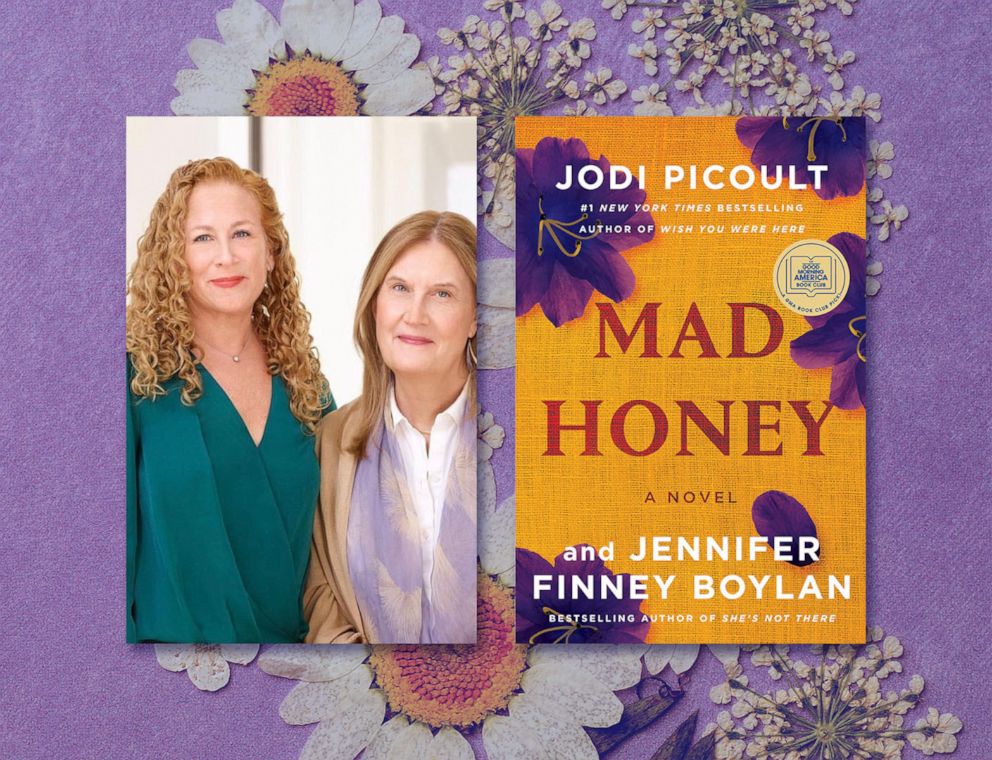 Read an excerpt from "Mad Honey" below and get a copy of the book here.

From the moment I knew I was having a baby, I wanted it to be a girl. I wandered the aisles of department stores, touching doll size dresses and tiny sequined shoes. I pictured us with matching nail polish—me, who’d never had a manicure in my life. I imagined the day her fairy hair was long enough to capture in pigtails, her nose pressed to the glass of a school bus window; I saw her first crush, prom dress, heartbreak. Each vision was a bead on a rosary of future memories; I prayed daily.

As it turned out, I was not a zealot... only a martyr.

When I gave birth, and the doctor announced the baby’s sex, I did not believe it at first. I had done such a stellar job of convincing myself of what I wanted that I completely forgot what I needed. But when I held Asher, slippery as a minnow, I was relieved.

Better to have a boy, who would never be someone’s victim.

Most people in Adams, New Hampshire, know me by name, and those who don’t, know to steer clear of my home. It’s often that way for beekeepers—like firefighters, we willingly put ourselves into situations that are the stuff of others’ nightmares. Honeybees are far less vindictive than their yellow jacket cousins, but people can’t often tell the difference, so anything that stings and buzzes comes to be seen as a potential hazard. A few hundred yards past the antique Cape, my colonies form a semicircular rainbow of hives, and most of the spring and summer the bees zip between them and the acres of blossoms they pollinate, humming a warning.

I grew up on a small farm that had been in my father’s family for generations: an apple orchard that, in the fall, sold cider and donuts made by my mother and, in the summer, had pick-your-own straw- berry fields. We were land-rich and cash-poor. My father was an apiarist by hobby, as was his father before him, and so on, all the way back to the first McAfee who was an original settler of Adams. It is just far enough away from the White Mountain National Forest to have affordable real estate. The town has one traffic light, one bar, one diner, a post office, a town green that used to be a communal sheep grazing area, and Slade Brook—a creek whose name was misprinted in a 1789 geological survey map, but which stuck. Slate Brook, as it should have been written, was named for the eponymous rock mined from its banks, which was shipped far and wide to become tombstones. Slade was the surname of the local undertaker and village drunk, who had a tendency to wander off when he was on a bender, and who ironically killed himself by drowning in six inches of water in the creek.

When I first brought Braden to meet my parents, I told him that story. He had been driving at the time; his grin flashed like lightning. But who, he’d asked, buried the undertaker?

Back then, we had been living outside of DC, where Braden was a resident in cardiac surgery at Johns Hopkins and I worked at the National Zoo, trying to cobble together enough money for a graduate program in zoology. We’d only been together three months, but I had already moved in with him. We were visiting my parents that weekend because I knew, viscerally, that Braden Fields was the one.

On that first trip back home, I had been so sure of what my future would hold. I was wrong on all counts. I never expected to be an apiarist like my father; I never thought I’d wind up sleeping in my childhood bedroom once again as an adult; I never imagined I’d settle down on a farm my older brother, Jordan, and I once could not wait to leave. I married Braden; he got a fellowship at Mass General; we moved to Boston; I was a doctor’s wife. Then, almost a year to the day of my wedding anniversary, my father didn’t come home one evening after checking his hives. My mother found him, dead of a heart attack in the tall grass, bees haloing his head.

My mother sold the piece of land that held our apple orchard to a couple from Brooklyn. She kept the strawberry fields but was thoroughly at a loss when it came to my father’s hives. Since my brother was busy with a high-powered legal career and my mother was al- lergic to bees, the apiary fell to me. For five years, I drove from Boston to Adams every week to take care of the colonies. After Asher was born, I’d bring him with me, leaving him in the company of my mother while I checked the hives. I fell in love with beekeeping, the slow-motion flow of pulling a frame out of a hive, the Where’s Waldo? search for the queen. I expanded from five colonies to fifteen. I experimented with bee genetics with colonies from Russia, from Slovenia, from Italy. I signed pollination contracts with the Brooklynites and three other local fruit orchards, setting up new hives on their premises. I harvested, processed, and sold honey and beeswax products at farmers’ markets from the Canadian border to the suburbs of Massachusetts. I became, almost by accident, the first commercially successful beekeeper in the history of apiarist McAfees. By the time Asher and I moved permanently to Adams, I knew I might never get rich doing this, but I could make a living.

My father taught me that beekeeping is both a burden and a privilege. You don’t bother the bees unless they need your help, and you help them when they need it. It’s a feudal relationship: protection in return for a percentage of the fruits of their labors.

He taught me that if a body is easily crushed, it develops a weapon to prevent that from happening.

He taught me that sudden movements get you stung.

I took these lessons a bit too much to heart.

On the day of my father’s funeral, and years later, on the day of my mother’s, I told the bees. It’s an old tradition to inform them of a death in the family; if a beekeeper dies, and the bees aren’t asked to stay on with their new master, they’ll leave. In New Hampshire, the custom is to sing, and the news has to rhyme. So I draped each colony with black crepe, knocked softly, crooned the truth. My beekeeping net became a funeral veil. The hive might well have been a coffin.