It's been 25 years since Mariah Carey released her album "Butterfly," and over the weekend, the pop star celebrated the album's re-release by recreating a memorable scene from one of the album's iconic music videos.

Enlisting the help of her children, twins Moroccan and Monroe, Carey shared an Instagram post recreating the opening scene of her "Honey" music video. 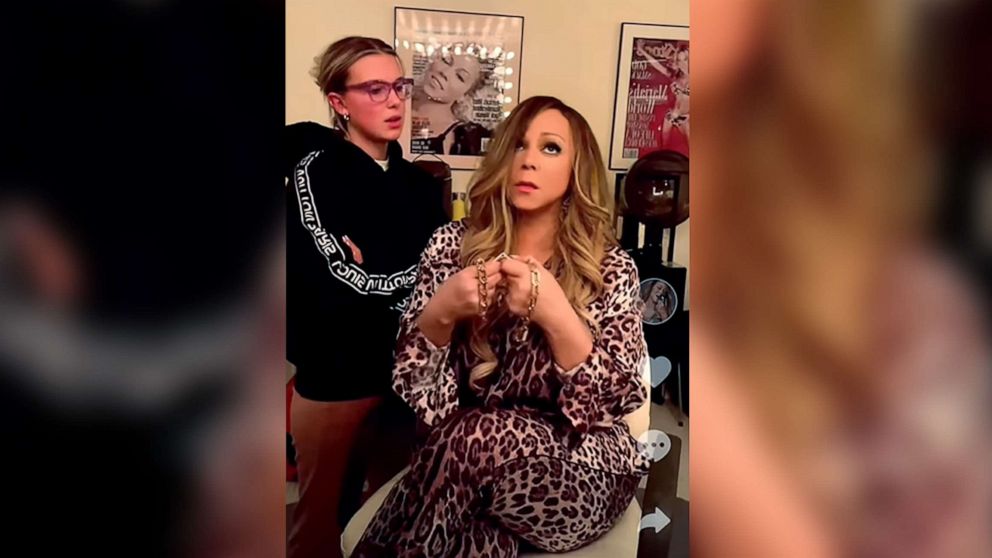 The singer plays "Agent M," who is tied up in a chair and being threatened by her captors, while Moroccan and Monroe lip-sync to Edide Griffin's instructions from the video: "Go eat a buffet. They're having a chicken sale at Dirty Bird."

But it wasn't just her twins that Carey asked to be in the video -- "Stranger Things" star Millie Bobby Brown also made a surprise appearance with her boyfriend, Jake Bongiovi.

In the video, Brown and Bongiovi play Carey's captors, as seen in the music video's opening scene.

Mariah captioned the video, "Reliving the splendor of the Honey video with surprise guests!"

Carey and Brown were first seen together in 2020 when Mariah posted a photo of the two hanging out and referencing Brown's then-upcoming Netflix movie "Enola Holmes." The sequel arrives this fall.

"Honey" was a No. 1 hit from "Butterfly." On Friday, Carey released an extended edit of the track as part of the bonus material included on the album's re-release.