"Sabrina the Teenage Witch" turned 25 on Monday, and star Melissa Joan Hart didn't let the milestone pass by without celebrating.

Sharing throwback photos of the cast, the 45-year-old actress took to Instagram to look back on the magical show, which also starred Caroline Rhea, Beth Broderick and more.

"It's been brought to my attention that 25 years ago today Sept 27, 1996 our show first aired on ABC for 7 seasons," she captioned the series of pictures. "The little engine that could we called it since it was in the shadows of the largely anticipated show #Clueless but it persevered and we got to steal @reddonovan to come over to our fun cast."

"Tons of talented guest stars, musical acts and magic tv tricks over the years. Full of friendships and crazy memories, it was an incredible ride to be sure!" she continued. "Thanks for the love and support to help us do what we love to do, make people smile!! Happy #SabrinatheTeenageWitch Day!" 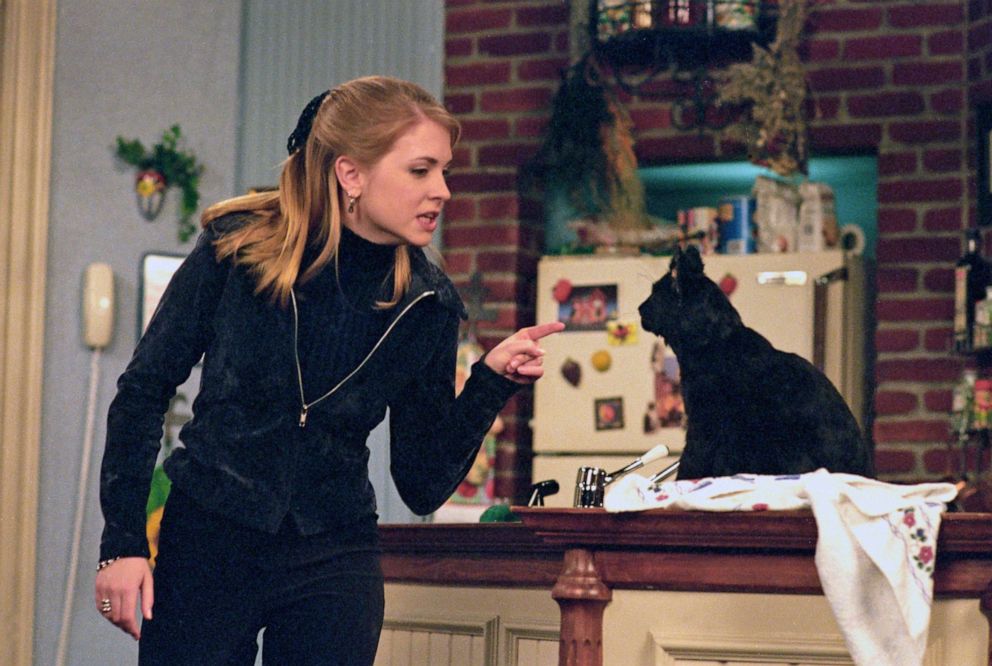 Ahead of the milestone anniversary, Hart chatted with ABC Audio and expressed why she thinks the show was such a success.

"It brings you to this escapism that the world is always looking for, and you're looking for a happy ending," the "Clarissa Explains It All" alum said. "Are you looking for this escapism of this girl who can do anything at the point of a finger? We all want that. We all dream of that."

Something else fans dream about is a reboot of the popular sitcom. Not Hart, though.

"I would never want to reboot it because it just ended so perfectly," she candidly revealed. "How are you going to improve on that?"

"Sabrina the Teenage Witch" aired for seven seasons -- plus three TV films -- and first aired on ABC before moving to The WB.