Michelle Obama is sharing a glimpse into her personal life with photos of herself at college and on her wedding day.

In one photo, the former first lady is seen at her wedding reception with the future president, Barack Obama, taking the garter off her leg.

"I can't imagine going on this wild ride with anybody else," she said of her husband of nearly 26 years.

You can’t tell it from this photo, but Barack woke up on our wedding day in October, 1992 with a nasty head cold. Somehow, by the time I met him at the altar, it had miraculously disappeared and we ended up dancing almost all night. Twenty five years later, we’re still having fun, while also doing the hard work to build our partnership and support each other as individuals. I can’t imagine going on this wild ride with anybody else.

In another photo, Obama, 54, is seen as a college student on the campus of Princeton University in the early 1980s.

“I know that being a first-generation college student can be scary, because it was scary for me,” she wrote in the caption. “I was black and from a working-class neighborhood in Chicago, while Princeton’s student body was generally white and well-to-do.”

This is me at Princeton in the early 1980s. I know that being a first-generation college student can be scary, because it was scary for me. I was black and from a working-class neighborhood in Chicago, while Princeton’s student body was generally white and well-to-do. I’d never stood out in a crowd or a classroom because of the color of my skin before. But I found close friends and a mentor who gave me the confidence to be myself. Going to college is hard work, but every day I meet people whose lives have been profoundly changed by education, just as mine was. My advice to students is to be brave and stay with it. Congratulations to the Class of 2018! #ReachHigher

A third photo shows Obama as a child with her parents, Marian and Fraser Robinson, in their apartment on the South Side of Chicago.

Over the next few days, I’ll be sharing some photos and memories from my book, BECOMING. My father, Fraser, taught me to work hard, laugh often, and keep my word. My mother, Marian, showed me how to think for myself and to use my voice. Together, in our cramped apartment on the South Side of Chicago, my family helped me see the value in our story, in my story, and in the larger story of our country.

“In this book, I talk about my roots and how a little girl from the South Side of Chicago found her voice and developed the strength to use it to empower others," Obama said in a statement when the book’s release was announced in February. "I hope my journey inspires readers to find the courage to become whoever they aspire to be."

"I can’t wait to share my story," she wrote.

In addition to writing her book, Obama has been busy with a separate project. 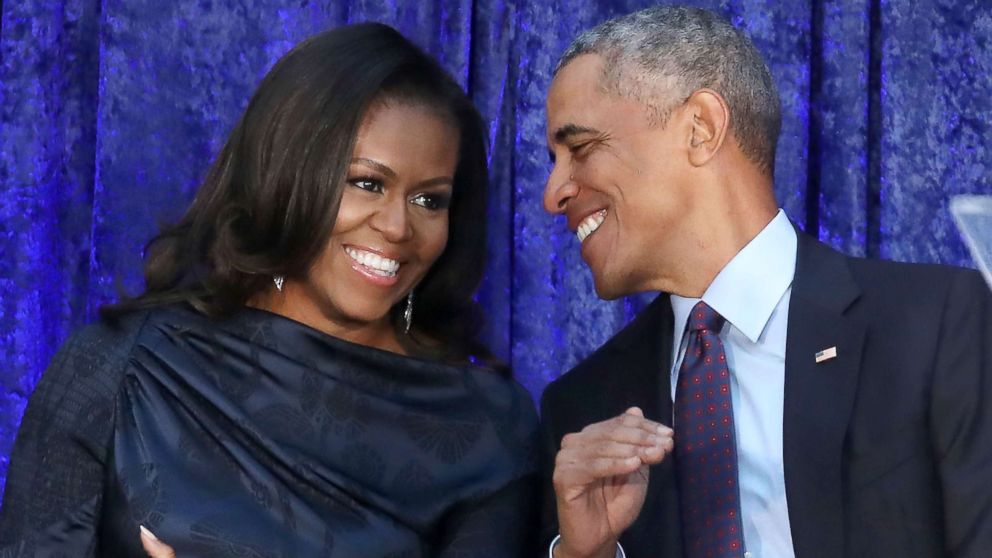 The former president and first lady have inked a multiyear deal with Netflix, the streaming service announced Monday.