Two weeks after Mila Kunis and Ashton Kutcher started a GoFundMe for Ukraine, the couple updated their followers on Instagram to say that their $30 million goal has been met.

"We just want to say, we hit our goal," Kunis said in a video posted Thursday. "Over 65,000 of you donated. We are overwhelmed with gratitude for the support. And while this is far from a solution for the problem, our collective effort will provide a softer landing for so many people as they forge ahead into their future of uncertainty."

"Our work is not done," Kutcher added. "We're gonna do everything we can to ensure that the outpouring of love that came from you all as part of this campaign finds maximum impact for those in need."

The couple went on to thank those who donated and promised to make sure the money goes toward those in need overseas. They also encouraged people to continue donating to them or other foundations working to help Ukraine.

"This is just the beginning to a very, very long journey," Kunis said.

MORE: How to talk to kids about the war in Ukraine

The couple announced they started the GoFundMe earlier this month in the wake of the Russian invasion.

Kunis and Kutcher shared the news via a video posted to YouTube and their individual Instagram feeds. Their goal was to fundraise $30 million, and they kickstarted their "Stand With Ukraine" effort with $3 million of their own money. 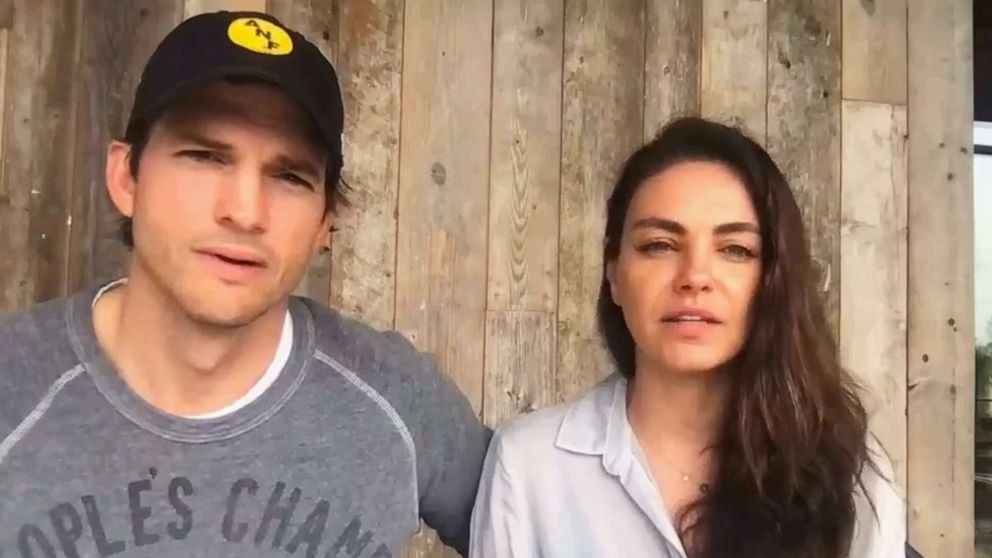 Kunis also opened up about being "proud" of her Ukrainian roots.

"I was born in Chernivtsi, Ukraine, in 1983. I came to America in 1991 and I have always considered myself an American. A proud American," she said. "I love everything that this country has done for myself and my family, but today I have never been more proud to be a Ukrainian."

Kutcher chimed in, "And I've never been more proud to be married to a Ukrainian."

"The events that have unfolded in Ukraine are devastating," Kunis said. "There is no place in this world for this unjust attack on humanity."

Kutcher said they are raising money "to support a relief effort that will have immediate impact and supply much-needed refugee and humanitarian aid" to the people of Ukraine.

The GoFundMe fundraiser benefits Flexport and AirBnB's relief efforts, the couple said. The freight transporter and the rental service "are actively on the ground providing help to those who need it most," they said.