By Joi-Marie McKenzie
Share —
Sign up for our newsletters to get GMA delivered to your inbox every morning!

Mindy Kaling returned to Dartmouth College to deliver a commencement speech filled with hilarious tidbits from her time on the campus, practical advice -- like, "buy a toilet plunger" -- and other inspirational advice that anyone could use.

Kaling, an alumna of Hanover, New Hampshire, Ivy League college, began her speech by reflecting on her time at the school. She reminded graduates, students and proud parents alike that the New Hampshire state motto is "Live Free or Die."

"But when you're here in January, die actually sounds like a pretty good option," the comedian quipped. 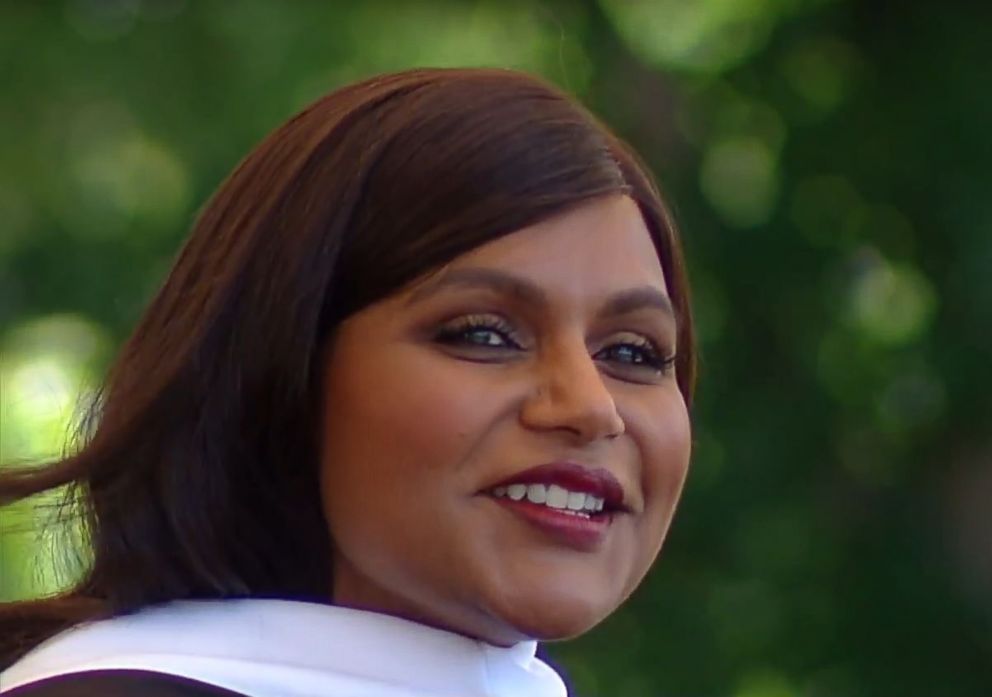 Kaling, 38, who graduated in 2001, also shared that the commencement speaker that year was Former Secretary of State Madeleine Albright.

And although the "Ocean's 8" star said she doesn't remember much of the advice Albright shared that day, "I do remember thinking, 'I wonder what it would be like to have my own cell phone?' How things have changed."

Before sharing some inspirational gems, including what she learned from having her daughter Katherine last year, Kaling specifically addressed the female graduates.

"We need to do a better job at supporting each other," she said. "Wouldn't it be better if we worked together to dismantle a system that makes us feel that there's limited room for us?"

Still, Kaling did have some gender-neutral advice for all graduates.

Tear up your checklist: Kaling said that after she had her daughter Katherine last December, she recalled "bringing her home." "According to movies and TV, this is traditionally the time when my mother and spouse are sharing this experience with me. I looked around and I had neither, and for a moment it was kind of scary." Kaling said then she remembered, "I'm not doing it by myself." Kaling said from this moment she learned, "Don't be scared if you don't do things in the right order. I didn't think I'd have a child before I got married, but it turned out that way and I wouldn't change a thing." She added, "If you have a checklist, good for you. Structured ambition can sometimes be motivating, but also be free. Let it go."

Take advice with a grain of salt: "In general, advice is an effective way to change your life," Kaling began, before adding, "Don't trust anyone's story on how to become successful."

Have vision: Kaling admitted that for many graduates "the next year of your life is going to be bad ... You're going to go out in the cold, hard world." The actress added that although the graduates are entering "into a world where it seems that everything is falling apart ... we're relying on you to rebuild it."

Be extra confident. Even delusional: Kaling said her secret to success is "delusion." She added, "You have to have insane confidence in yourself even if it's not real." Kaling said, "I'm giving you permission to root for yourself and while you're at it root for those around you, too."

You can do it: Kaling said that initially, she thought she shouldn't "have the life I have and yet I do." The actress then changed her thinking to say to herself, "Why not me?" Kaling added, "Don't let anyone tell you that you can't do something but especially not yourself. Go conquer the world."