The beloved Nickelodeon show "iCarly" is making a comeback and series star Miranda Cosgrove shared the first look at the newly reunited cast.

Cosgrove, who starred as Carly Shay on the sitcom, shared a sweet behind-the-scenes snap with fellow co-stars Nathan Kress and Jerry Trainor.

While the 27-year-old "Kissin U" singer only used the blue heart emoji in the caption, Trainor was a little more descriptive when he shared the same photo.

It was previously reported that Paramount+, an upcoming streaming service from ViacomCBS meant to rebrand CBS All Access, picked up the "iCarly" revival with Jay Kogen and Ali Schoutens as showrunners. 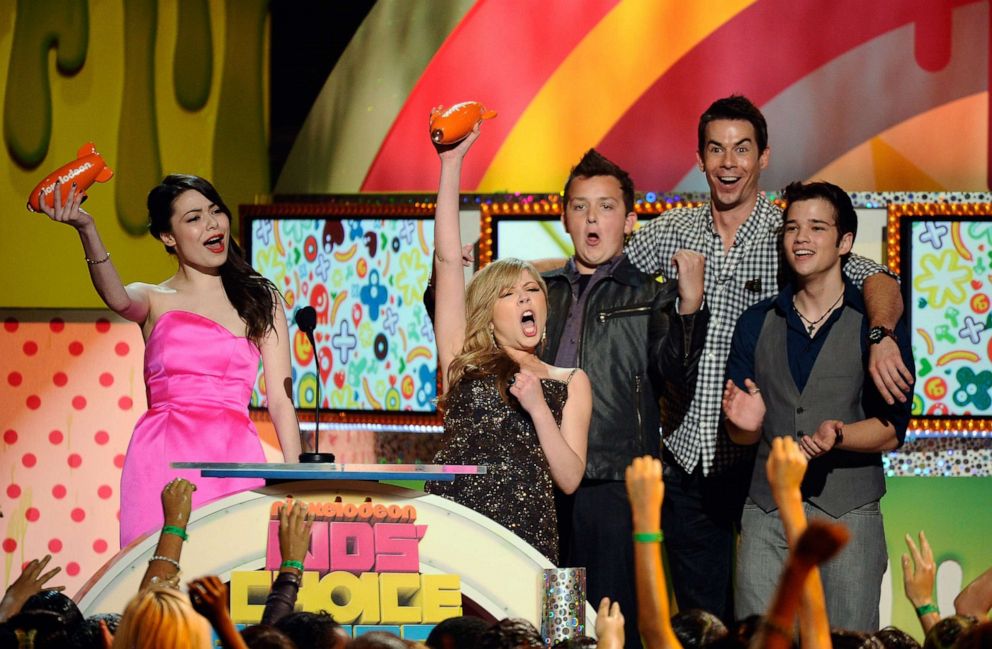 "iCarly," created by Dan Schneider, ran for six season on Nickelodeon, from 2007 to 2012, and followed the tales of three best friends who run a popular webcast while juggling life's daily challenges. The series ended with Cosgrove's character moving to Italy so she can be with her dad, who was in the military.

The series, which set viewership records on the network, was nominated for seven Emmy Awards, including five for Outstanding Children's Program.

Not much else is known about the upcoming reboot or whether original stars Jennette McCurdy or Noah Munck, who respectively played Sam and Gibby, have signed on for the continuation.