Prince Harry's and Meghan's intention to become "financially independent" has become a focus of discussion as the couple tries to forge ahead in new royal roles.

Harry, 35, and Meghan, 38, the Duke and Duchess of Sussex, say they no longer plan to accept taxpayer money through the Sovereign Grant. But it's unclear if Prince Charles will continue to fund his son and daughter-in-law and whether U.K. taxpayers will cover Meghan and Harry's security and home expenses.

"Harry and Meghan want to be free from public funding, which they believe means they can also have their own private enterprise on the side," said ABC News royal contributor Victoria Murphy. "The reality is, even if they can free themselves from public funding, which is logistically quite tricky, even if they can do it, will the royal family and the British public accept a setup where they are at times representing the queen as working royals, and then other times they are taking a private income, operating autonomously?"

(MORE: Duchess Meghan returns to <a href="https://abcnews.go.com/alerts/canada" id="_ap_link_Canada_Canada_" target="_blank">Canada</a> to reunite with Archie after bombshell announcement)

To try to resolve these issues, Harry has been on conference calls for the past two days with Prince Charles, Queen Elizabeth and Prince William, according to ABC News royal contributor Robert Jobson.

Harry's family members were reportedly blindsided by the announcement that he and Meghan released Wednesday. 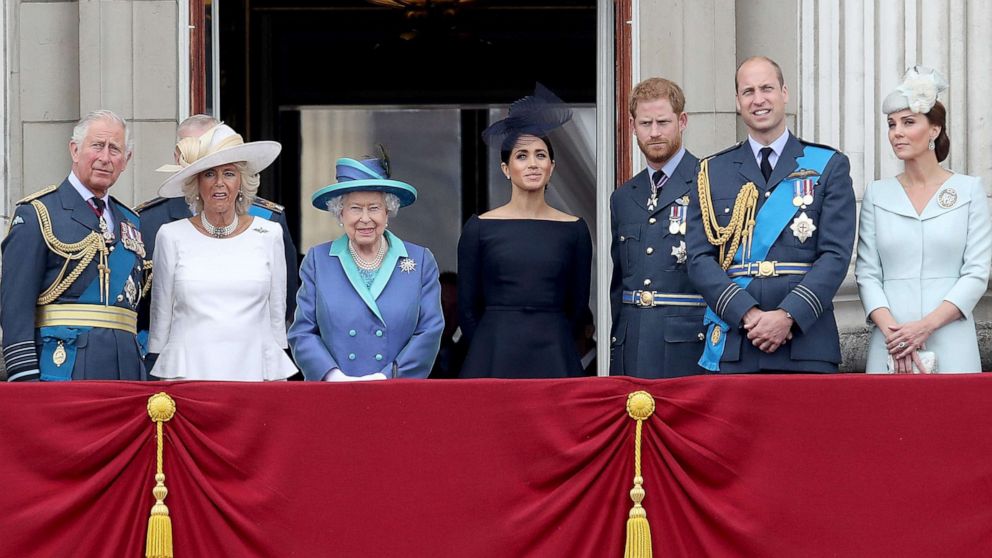 While Meghan has returned to Canada, Harry remains at the family's Frogmore Cottage home in Windsor.

"The discussion I’m told have been very calm and pragmatic but ultimately [Prince Charles] does hold the purse strings and it’s a question of whether he decides to keep paying," said Jobson, noting that Prince Charles and Queen Elizabeth will be the final decision makers when it comes to Harry and Meghan's new roles in the royal family.

In addition to their plan to become "financially independent" and "step back" from royal duties, Harry and Meghan have also said they plan to split their time between North America and the U.K. and launch a new "charitable entity."

Harry and Meghan note on their new SussexRoyal.com website that they no longer plan to accept a contribution from the Sovereign Grant, the British government's annual taxpayer-funded payment to the monarchy to cover official expenses. 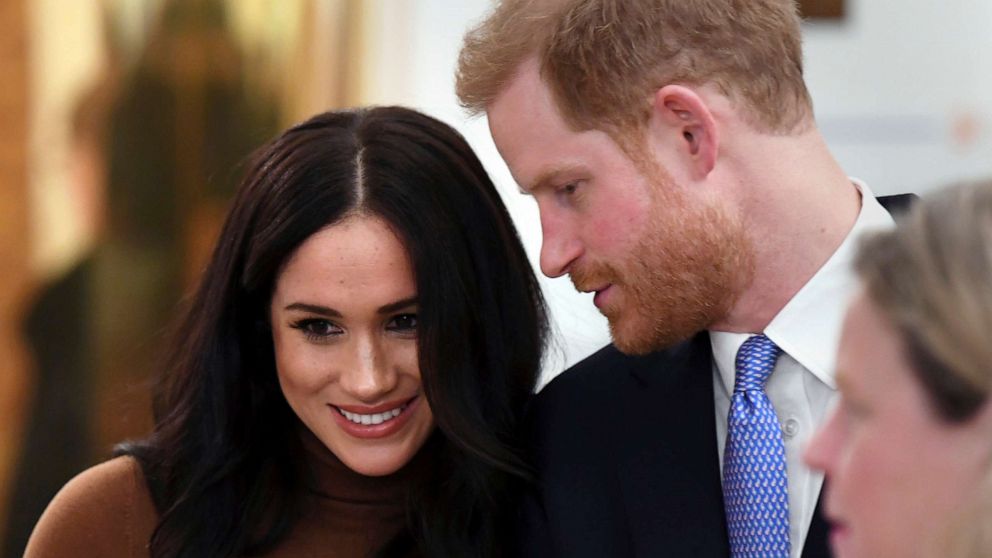 Daniel Leal-Olivas/Pool via AP, FILE
Britain's Prince Harry and Meghan, Duchess of Sussex smile during their visit to Canada House, in London, Jan. 7, 2020.

The other 95% of their expenses has been covered by Prince Charles, who generates income from his Duchy of Cornwall estate. Harry and Meghan did not say they will no longer accept funding from Charles, whom Jobson describes as "running the show" when it comes to decisions about his family members' futures.

Another question is who will pay for the couple's security and official travel.

Harry and Meghan state on SussexRoyal.com that their security detail is mandated by the U.K.'s Home Office. They also said they plan on continuing with their patronages and "honor our duty to The Queen [and] the Commonwealth," which could include overseas tours and royal engagements.

The couple's Frogmore Cottage home may be another point of contention for British taxpayers. Harry and Meghan say they plan to keep the home, a gift from Queen Elizabeth, as their main U.K. residence, even as they spend more time abroad.

The home underwent a multi-million dollar renovation that was paid for by taxpayers through the Sovereign Grant. Harry and Meghan note on their website the renovation was taxpayer-funded because of the "Monarchy’s responsibility to maintain the upkeep of buildings with historical significance" and note that they personally paid for the home's "fixtures, furniture and fittings."

With some, but not all, taxpayer money still coming their way, the question remains how Harry and Meghan will earn their own money, and how they will do it in a way that is not seen as benefiting from their royal positions.

The most recent high-ranking royal to try to earn his own money was Prince Edward, Queen Elizabeth's youngest child, who in 2002 was asked by his mother to quit his career in TV production and work full-time as a royal, which he and his wife Sophie, the Countess of Wessex, now do.

Without much precedent and with the reportedly global aspirations of Harry and Meghan, the idea of them signing lucrative contracts or taking on commercial endeavors is seen by royal experts as ripe for controversy and conflict.

The senior royals are also weighing how Harry and Meghan's time abroad -- in likely Canada or the U.S. -- will impact those countries financially and logistically.

"This is an unprecedented situation we are in," Murphy said in response to the couple's statement. "We’ve not seen anything like this before and their statement raises so many questions about how this new model will work.”

Queen Elizabeth, Prince Charles and Prince William and their teams are reportedly trying to find workable solutions for Harry and Meghan in a matter of days, not weeks.