Morgan Wallen is speaking out to address using a racial slur in a video that was leaked in February and the fallout that ensued.

In an exclusive interview with "Good Morning America" co-host Michael Strahan that aired Friday, the country singer, 28, reflected on using the vulgar language in the footage released by TMZ on Feb. 2.

He also opened up about what he says his understanding of the word was at the time the video was taken, what he has done since the footage was released and what he is planning to do in the future after the scandal.

When Strahan asked Wallen to take him back to the night the footage was captured, Wallen said he had been partying with some of his longtime friends the weekend the footage was taken and "it just happened."

1:13
'I said this word outta ignorance,' Wallen claimed in the GMA exclusive interview.

Wallen claimed that he did not say the racial slur "frequently" in the past -- but admitted that when he previously did, he used it around that "certain group of friends" of his.

In the particular clip taken in January, Wallen said he "didn't mean it any, in any derogatory manner at all."

"It's one of my best friends -- he was, we were all clearly drunk -- I was askin' his girlfriend to take care of him because he was drunk and he was leavin,'" Wallen reflected on the night the video was taken.

He explained that he is "not sure" what made him feel he could use the racial slur and chalked it up to his lack of knowledge. "I think I was just ignorant about it," he said. "I don't think I sat down and was, like, 'Hey, is this right or is this wrong?'" 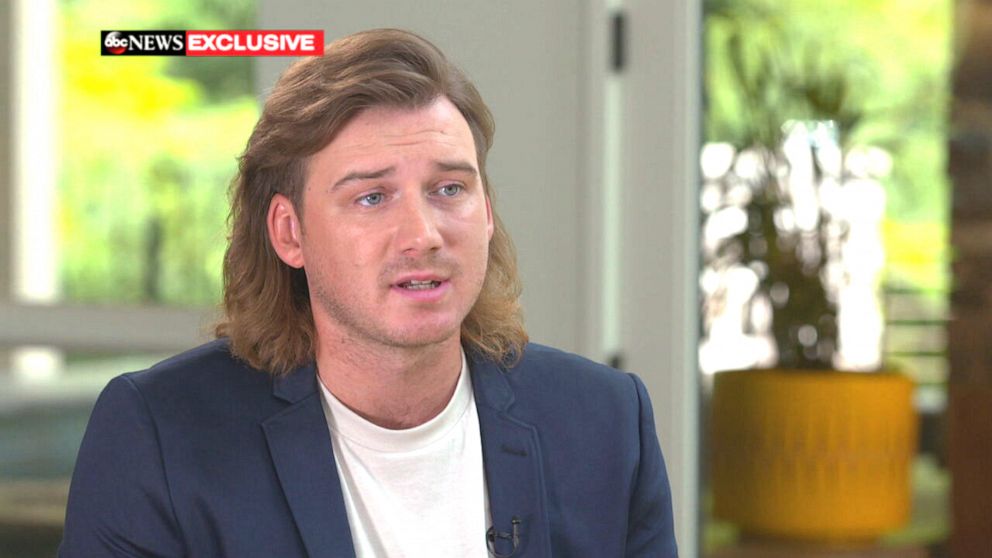 Following the video's release, the chart-topping singer was promptly dropped by his record label and talent agency, disqualified from eligibility at multiple prestigious country music award shows and his music was removed from multiple radio companies' stations.

"My manager called me probably two hours before the video came out," Wallen reflected. "He was, like, 'Are you sittin' down?' And no one's ever called me and said that before."

"I went to one of my friends [who] has a house out in the middle of nowhere," he continued, adding that he was "just sittin' in that house, tryin' to figure out what it is I'm supposed to do."

Along with repercussions that he faced from his own representation, many artists in the country music industry, including Mickey Guyton and more, used their platforms to condemn his actions and call out the history of racism in the industry.

Wallen issued his first apology shortly after the video was released.

"I'm embarrassed and sorry. I used an unacceptable and inappropriate racial slur that I wish I could take back," he said in a statement obtained by "GMA" at the time. "There are no excuses to use this type of language, ever. I want to sincerely apologize for using the word. I promise to do better."

He later released a five-minute video in which he implored his fan base to stop defending him, acknowledged that he "let so many people down" and spoke about the changes he was planning to make in his life.

"My words matter. A word can truly hurt a person and at my core, it's not what I'm OK with," he said in the video. "This week I heard firsthand some personal stories from Black people that honestly shook me. And I know what I'm going through this week doesn't even compare to some of the trials I heard about from them."

He added these conversations helped him gain a "clearer understanding of the weight" of his words.

Wallen told Strahan that one of the first organizations he spoke with was the Black Music Action Coalition (BMAC), an advocacy organization that was created to fight for fair treatment of Black artists and address racism in the music industry.

"I've heard some stories in the initial conversations that I had after that -- just how some people are, you know, treated even still today, and I'm just, like, I haven't seen that with my eyes -- that pain or that insignificant feeling or whatever it is that it makes you feel," Wallen said on "GMA."

When asked by Strahan if he understood why the slur "makes Black people so upset," Wallen acknowledged his ignorance.

"I don't know how to put myself in their shoes because I'm not" he began, "But I do understand, especially when I say I'm using it playfully or whatever, ignorantly, I understand that that must sound, you know, like, 'He doesn't -- he doesn't understand.'"

In his February apology video, Wallen admitted he had "many more things to learn" but affirmed that he knew he did not want to further "add to any division."

He also stated that the video footage was taken while he was on "hour 72 of a 72-hour bender" and he was intending to focus on his sobriety moving forward.

During his "GMA" interview, the singer revealed he checked himself into a rehab facility following the scandal.

"For 30 days, I spent some time out in San Diego, California -- you know, just tryin' to figure it out ... why am I acting this way? Do I have an alcohol problem? Do I have a deeper issue?" he shared.

Despite widespread backlash from institutions -- and many of his peers -- in the music industry, the singer continued to prevail on the charts long after the February scandal.

His second studio album, "Dangerous: The Double Album," spent 10 consecutive weeks at No. 1 on the Billboard 200 chart and is still No. 1 on Billboard's top country albums chart after 24 weeks in the spot. His album sales also increased dramatically in the days after the footage of the racial slur was released.

"Before this incident my album was already doing well," Wallen said. "It was already being well-received by critics and by fans. Me and my team noticed that whenever this whole incident happened that there was a spike in my sales. So we tried to calculate what the number of -- how much it actually spiked from this incident."

"We got to a number somewhere around $500,000, and we decided to donate that money to some organizations -- BMAC being the first one," he continued.

When asked about people questioning his motivations for choosing to speak out now, Wallen admitted he understands the skepticism.

As for whether or not the country music industry has a race problem? Wallen shared, "it would seem that way, yeah," before adding, "I haven't really sat and thought about that."

ABC News has reached out to BMAC but has not heard back.