This just in: The laughs don't come as fast as they did in Season 1, but they come sharper in "The Morning Show: Season 2,' on Apple TV+, as 10 new episodes tackle #MeToo at the UBA network, along with racism, sexism, ageism, homophobia, cancel culture, the Trump election and a global pandemic. Not exactly the stuff to turn the world on with a smile.

The Season 2 opener sets the tone with haunting shots of the near-deserted streets of Manhattan, hit by an asteroid called COVID-19. The series then doubles back nearly two years to a time when no one ever heard of social distancing, but panic was the default mode. 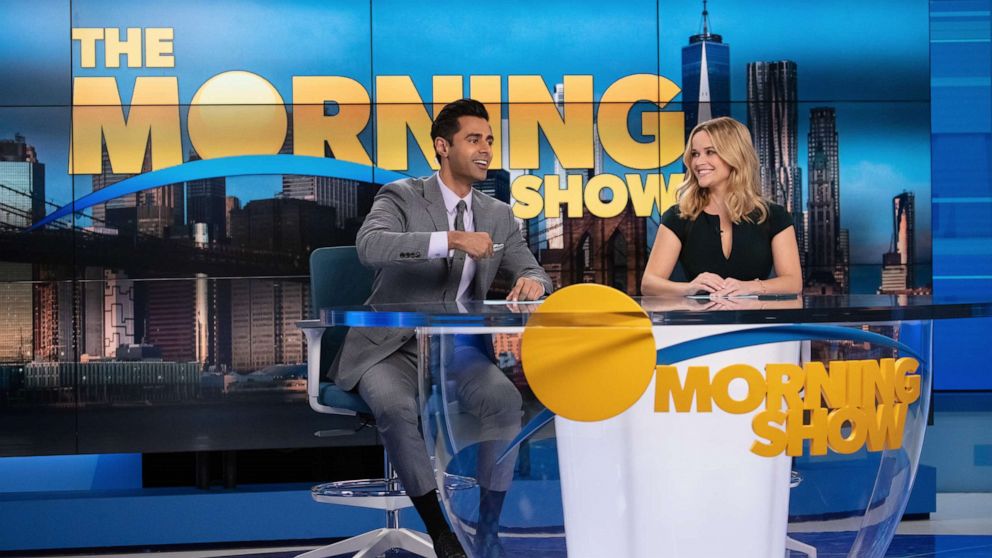 Apple TV+
Hasan Minhaj and Reese Witherspoon star in the second season of, "The Morning Show," on Apple TV+.

Pandemonium, for starters. With ratings flat, corporate killer Corey Ellison (the sensationally soulless Billy Crudup) needs Alex back. Never mind if it hurts Bradley, who is also passed over for a gig on the evening news in favor of Eric (Hasan Minhaj), the new man on the UBA beat.

That's the setup and despite some clunky maneuvers during takeoff, the second season quickly gets up to speed. But first, let's vent that Aniston should have won an Emmy and didn't, that Crudup did win and should have (his toothy Corey smile would shame a shark) and that Witherspoon was saddled with a part that wasn't on the level it needed to be.

That said, Season 2 is in it to win it with women, including showrunner Kerry Ehrin and producing director Mimi Leder, leading the charge across all departments. As stars as well as executive producers, Aniston and Witherspoon earn a reported $1.25 million per episode.

MORE: 'Cry Macho' review: Clint Eastwood is classic in every sense of the word

And they deliver the goods. Aniston brings fresh layers of provocation to Alex, who hates herself for returning to a morning show now run by millennials who think of her as a last-century relic. And Witherspoon nails it as Bradley is beset by network politics that see her as a lightweight and a southern family that alternately ignores and exploits her.

Credit "The Morning Show" for not reducing Alex and Bradley to catfighting stereotypes. Instead, Aniston and Witherspoon bring shadings to their characters that build to a mutual understanding and loyalty, if not a lasting friendship. They're a pleasure to watch. 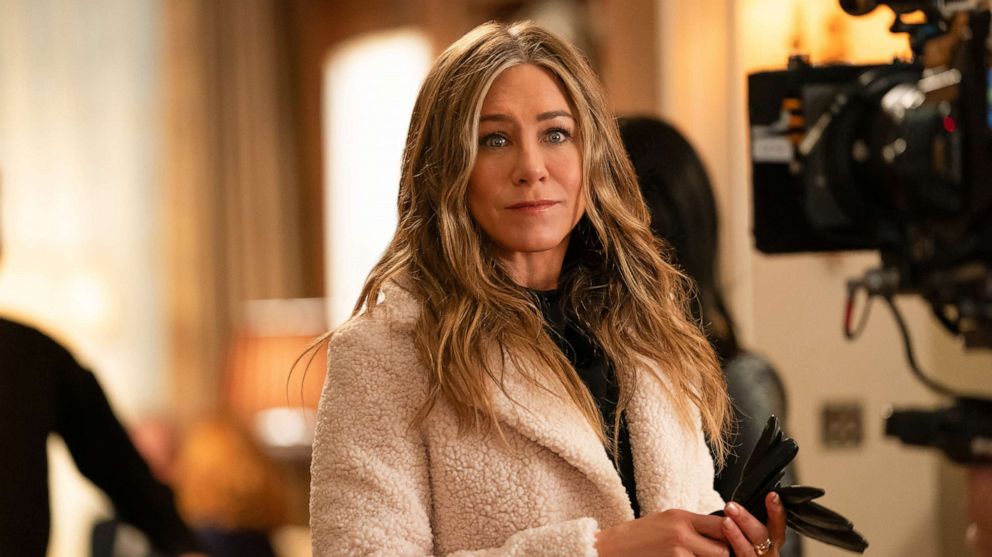 Apple TV+
Jennifer Aniston stars in the second season of, "The Morning Show," on Apple TV+.

Also back is Steve Carell as the canceled anchor who now lives in disgraced splendor in a lakeside villa in Italy. Some believe that Carell is too likable (did they see "Foxcatcher"?) to play Mitch. But it's the way Carell shrewdly blends Mitch's appeal with his stubborn refusal to face the enormity of his misconduct that makes his performance such a subtly bruising triumph.

Among the new actors in Season 2, Julianna Margulies scores as Laura Peterson, a skilled on-camera interviewer with a grudge against Alex and a liking for Bradley that feel more personal than professional, echoing the theme of how compromise in the workplace can infect a life.

To avoid spoilers, let's just say that a tell-all book written by much-feared journalist Maggie Brenner (Marcia Gay Harden) sparks the action. But it's the pandemic that levels the playing field between the news and who reports it. Stripped of its glossy glamor but not its exhilarating rush, "The Morning Show" is suddenly a matter of life and death. Hang on.