Jennifer Lopez announced on Sunday that she and Ben Affleck have tied the knot in Las Vegas.

"We did it. Love is beautiful. Love is kind. And it turns out love is patient. Twenty years patient," Lopez wrote, sharing the news in detail with fans on her official website, OnTheJLo.

Lopez said she and Affleck got "exactly what we wanted" -- a wedding ceremony at Sin City's famous Little White Wedding Chapel.

"Last night we flew to Vegas, stood in line for a license with four other couples, all making the same journey to the wedding capital of the world... All of us wanting the same thing," she said. "... For the world to recognize us as partners and to declare our love to the world through the ancient and nearly universal symbol of marriage." 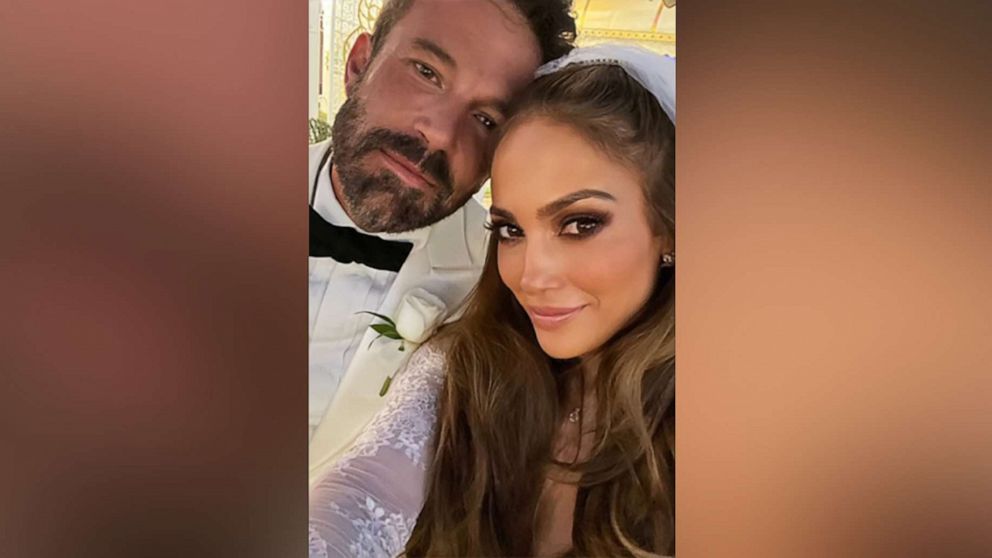 The "Marry Me" star continued: "We barely made it to the Little White Wedding Chapel by midnight. They graciously stayed open late a few minutes, let us take pictures in a pink Cadillac convertible, evidently once used by the King himself (but if we wanted Elvis himself to show, that cost extra and he was in bed)."

Lopez said she changed in a waiting room and wore a "dress from an old movie," and Affleck changed in the men's room.

"So with the best witnesses you could ever imagine, a dress from an old movie and a jacket from Ben's closet, we read our own vows in the little chapel and gave one another the rings we'll wear for the rest of our lives."

"[I]n the end, it was the best possible wedding we could have imagined," she said. "One we dreamed of long ago and one made real (in the eyes of the state, Las Vegas, a pink convertible and one another) at very, very long last."

In 2003, the couple was engaged to be married but postponed their nuptials and ultimately went their separate ways. Affleck went on to marry Jennifer Garner in 2005; they divorced in 2018. Lopez married her third husband, singer Marc Anthony, in 2004, but they divorced in 2014. In April 2022, following Lopez's breakup with fiancé Alex Rodriguez, Lopez and Affleck rekindled their relationship.

The singer and actress also shared a photo on Instagram of her in bed sporting a brand-new wedding ring.

"They were right when they said, 'all you need is love,'" Lopez wrote, signing the post, "Mrs. Jennifer Lynn Affleck."