By Cillea Houghton
Video by Brittany Berkowitz
Share —
Sign up for our newsletters to get GMA delivered to your inbox every morning!

The audience at the Grand Ole Opry in Nashville, Tennessee, got a special surprise on Monday when Keith Urban's wife, actress Nicole Kidman, joined him onstage during the "Loretta Lynn's Friends: Hometown Rising" event.

Urban was one of the many performers at the star-studded benefit concert, which aimed to raise money for the people affected by the devastating flooding in middle Tennessee in August. Loretta Lynn's ranch is in Humphreys County, an area heavily impacted by the disaster.

After performing hits "Blue Ain't Your Color" and "Wasted Time," Urban revealed that he was going to be donating a signed guitar to be auctioned off for the cause -- but he wasn't alone in the effort.

"This is the Volunteer state. So I want to do my bit and sign this guitar," he said, beckoning friend and "Out the Cage" collaborator Breland to also sign it.

"I think it needs one more signature. If I could just get my wife to put her autograph on this too," Urban declared. The Academy Award-winning actress then made her way to the stage to sign the instrument as cheers erupted from the crowd. 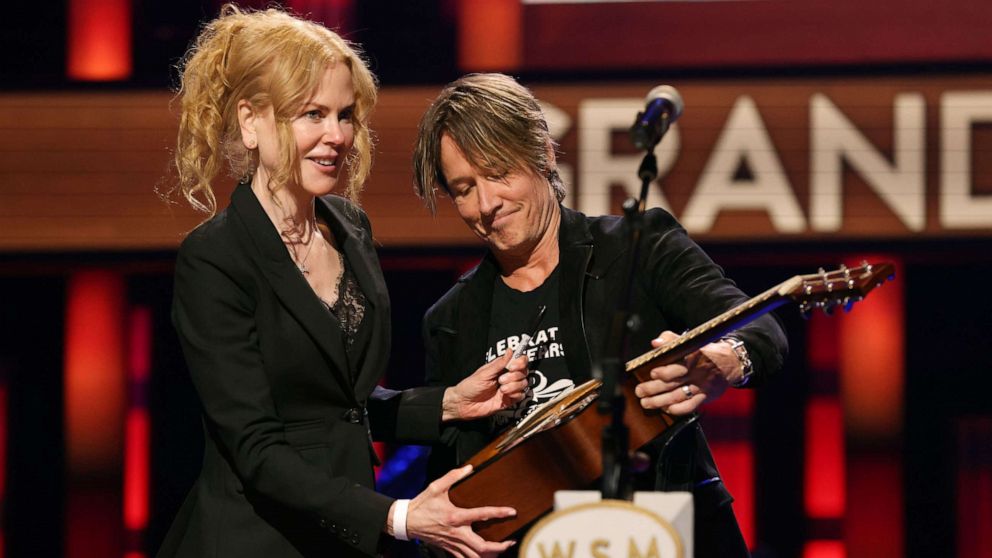 "I've never been on the stage at the Opry. Wow," Kidman said.

Luke Combs, Luke Bryan, Garth Brooks and Trisha Yearwood were among Loretta's many others who performed at the event.