But it may come as a surprise to know that even Oscar winner Kathy Bates had to pull it together to work on Eastwood's latest film "Richard Jewell." Bates won an Oscar in 1991 for her role in "Misery." But she said the idea of working with Eastwood took some getting used to. 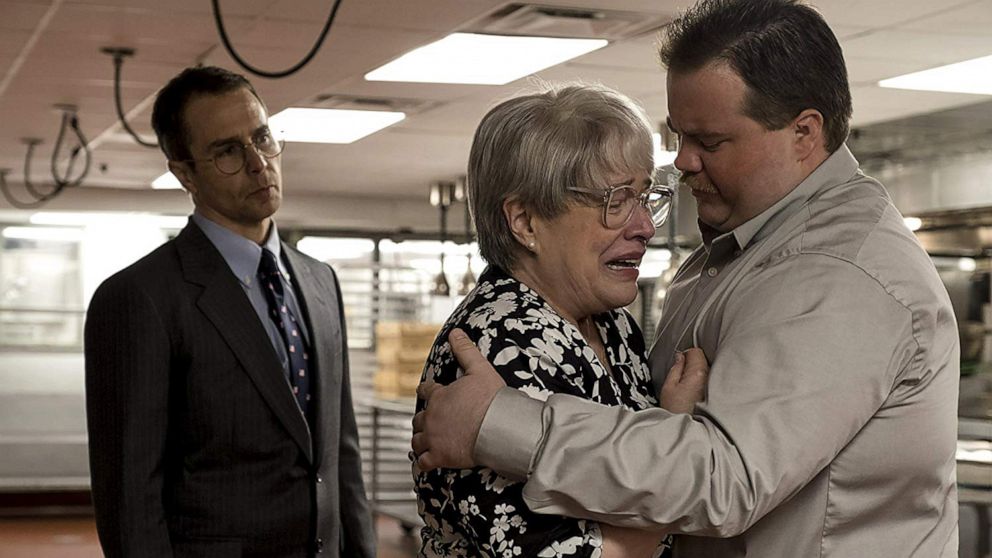 Warner Bros.
Kathy Bates, Sam Rockwell and Paul Walter Houser in a scene from the 2019 film, "Richard Jewell."
(MORE: How to watch Oscar-nominated films from home)

She told Travers that Eastwood has a unique directing style.

"He wants it fresh and real," Bates said. "He takes his time and he leaves it open. And it's so efficient that he doesn't need to do more than a couple of takes."

When asked what Eastwood does after each take, Bates said, "He just lets the camera keep going. Our lines may be done but we just keep improvising and continuing to live in that."

In this film, Bates stars as Bobi Jewell, mother of security guard Richard Jewell, who saved thousands of lives from an exploding bomb at the 1996 Olympics. Jewell was first hailed as a hero but soon after was accused of having placed the device himself. It took the F.B.I. 88 days to officially remove him from its list of suspects.

"The very quality that enabled him to find that bomb, his vigilance, they turned that into a liability," Bates, 71, told Travers. "And they beat him up with it. That, to me, is just the tragedy of all of it."

She added, "I think we all felt a real responsibility to Bobi. She survived. She's still alive. And Richard passed away 10 years later. He was 33 when this happened."

(MORE: How to watch Oscar-nominated films from home)

"Richard Jewell" is in theaters everywhere.

Be sure to watch the full interview with Peter Travers and Kathy Bates in the video above.