Many of the Oscar nominations Monday morning were predicted by awards shows prognosticators, but as always, there were more than a few snubs and surprises.

Although the Academy of Motion Picture Arts and Sciences reported that a record 62 women were nominated, comprising one-third of the nominees, no female directors were recognized despite several strong contenders.

"Congratulations to those men," "Insecure" creator Issa Rae quipped after reading off the names of the nominees for best director.

Also, the acting categories were overwhelmingly filled with white actors and actresses, leading many on social media to post using the familiar hashtag, #OscarsSoWhite. Cynthia Erivo was recognized for her work on "Harriet," but other possible nominees included Jamie Foxx, Jennifer Lopez and Lupita Nyong'o. 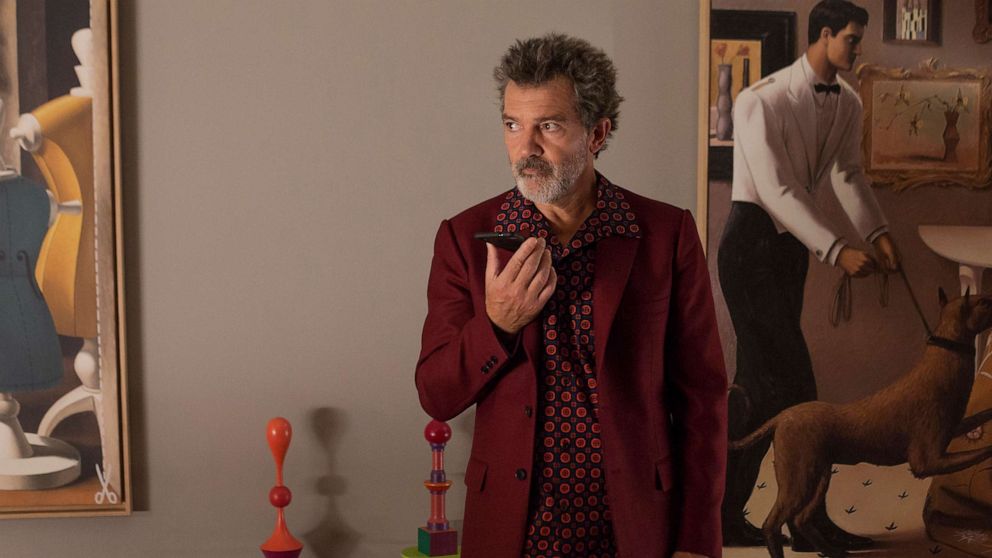 The 2020 Academy Awards will take place on Sunday, Feb. 9, in Hollywood and will be broadcast live on ABC.

All the female directors: Although the directing category was comprised solely of men, there were several women who could have been recognized, including Greta Gerwig ("Little Women"), Lulu Wang ("The Farewell") and Marielle Heller ("A Beautiful Day in the Neighborhood"). Other possibilities were Lorene Scafaria ("Hustlers") and Melina Matsoukas ("Queen & Slim"). 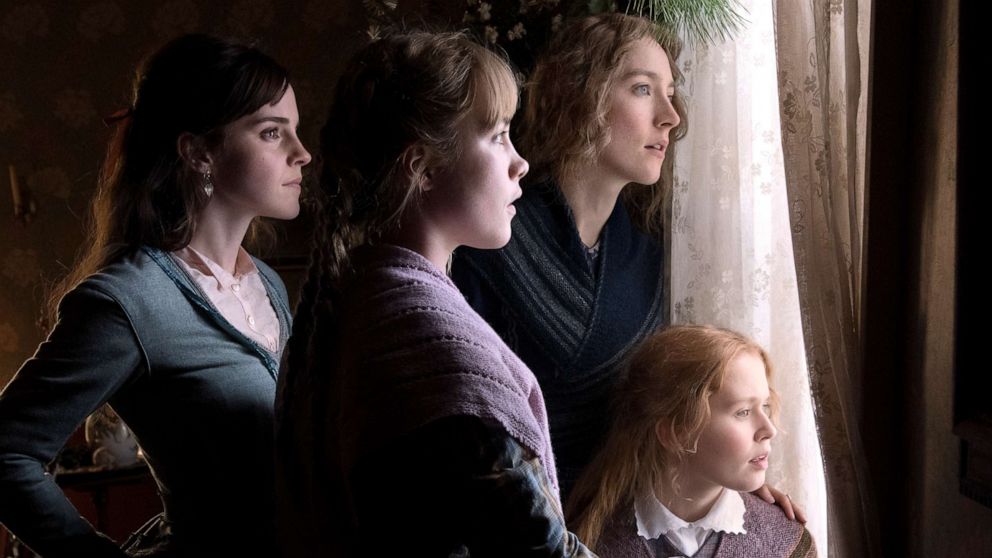 Jennifer Lopez and "Hustlers": Jennifer Lopez was nominated for a Golden Globe and a Screen Actors Guild award for her starring role in "Hustlers," but did not get recognized by the Academy. "Hustlers" was completely shut out.

Awkwafina and "The Farewell": Awkwafina became the first actress of Asian descent to win the Golden Globe for best actress in a comedy or musical. But she was not nominated for an Oscar, and neither was her film, "The Farewell." Some also thought Zhao Shuzhen, the actress who played Awkwafina's grandmother, should have been nominated, too.

Robert DeNiro: "The Irishman" received 10 nominations, and many expected one of them to be for its star, Robert DeNiro. He was snubbed. 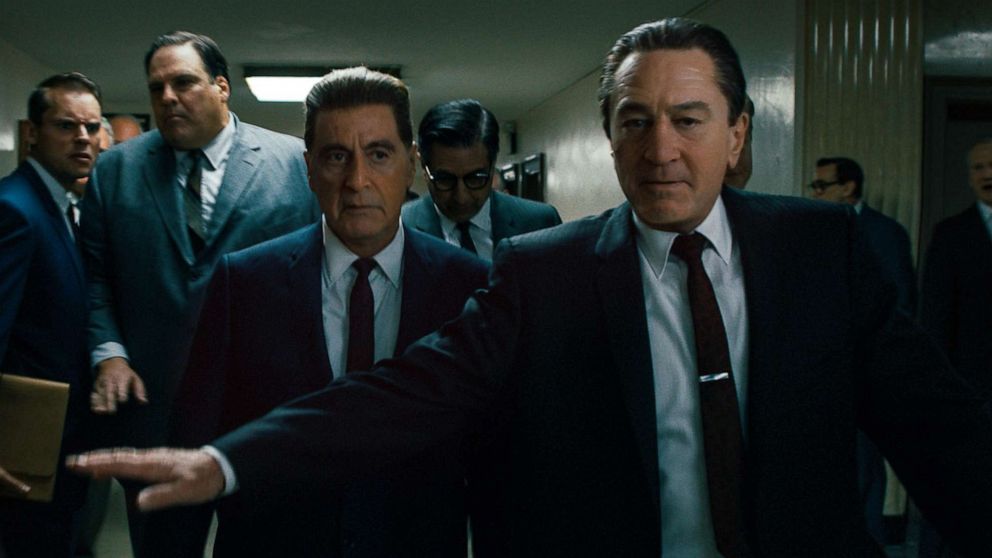 Netflix
Robert DeNiro appears in a scene from the 2019 film, "The Irishman."

Eddie Murphy: The comedian's starring role in "Dolemite is My Name" earned him a Golden Globe nomination, but not an Oscar nod.

Taron Egerton: Taron Egerton's portrayal of Elton John in "Rocketman" won him a Golden Globe, but he was not nominated for an Oscar.

Jamie Foxx: The Oscar winner's portrayal of a wrongly-accused man in "Just Mercy" was thought to to be worthy of his second Academy Award, but he was not nominated.

Christian Bale: The “Ford v Ferrari” actor was recognized by the Hollywood Foreign Press Association and the Screen Actors Guild, but not by the Academy.

"Frozen 2": The mega-successful follow-up to "Frozen" has earned more than $1 billion worldwide, but was not nominated for best animated feature. 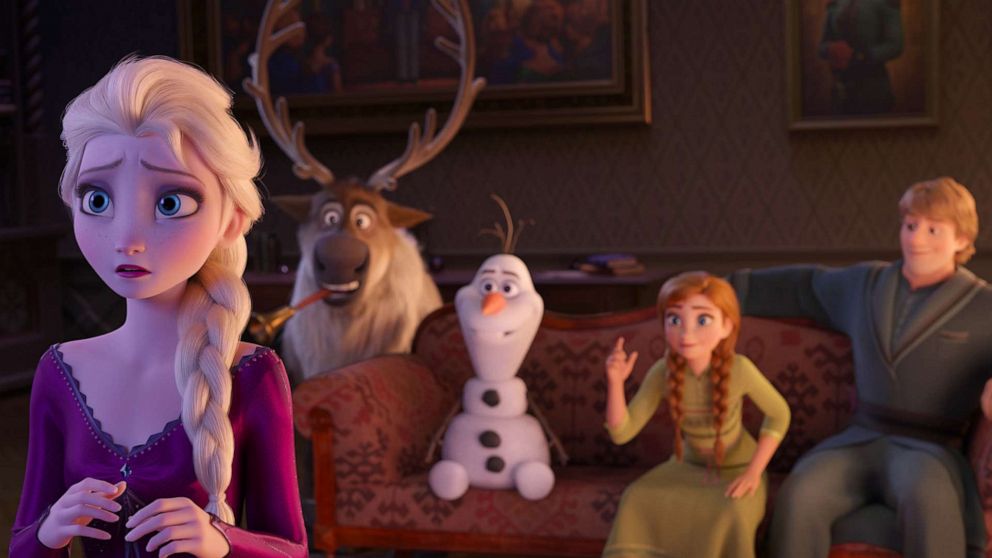 DISNEY
Elsa in a scene from "Frozen 2."

"Us": Jordan Peele's scary follow-up to his Oscar-winning debut "Get Out" was snubbed despite acclaim for Lupita Nyong'o's starring performance.

"Uncut Gems": Adam Sandler's latest film has had audiences' pulses racing, but was not nominated for an Oscar. 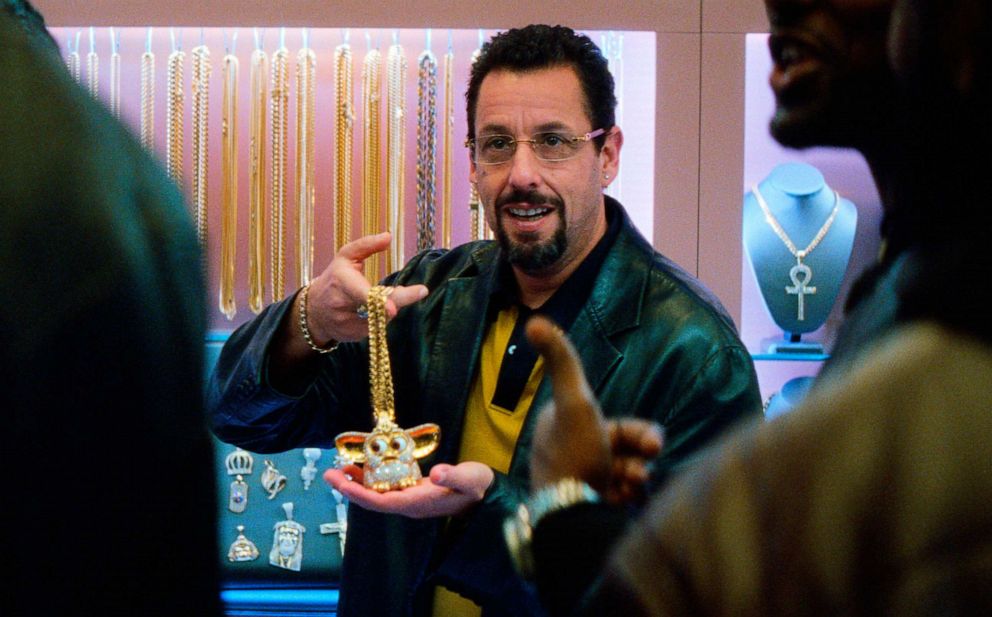 A24
Adam Sandler in a scene from "Uncut Gems."

Kathy Bates: Some were surprised to hear the "Richard Jewell" actress' name called Monday morning. Bates, who was nominated for a Golden Globe for the role, plays the mother of Richard Jewell, a security guard who was wrongly accused of the 1996 Olympics bombing.

"Klaus" The Netflix animated film about Christmas was nominated for best animated feature.