Will Smith apologized to the Academy and fellow nominees in a tear-filled speech accepting the Oscar for best actor for his role as Richard Williams in the biopic "King Richard."

Smith's win came after a tense and shocking onstage altercation with presenter Chris Rock. Smith stunned audiences by walking onto the Oscars stage and seemingly struck Rock after the comedian cracked a joke about Smith's wife, Jada Pinkett Smith. 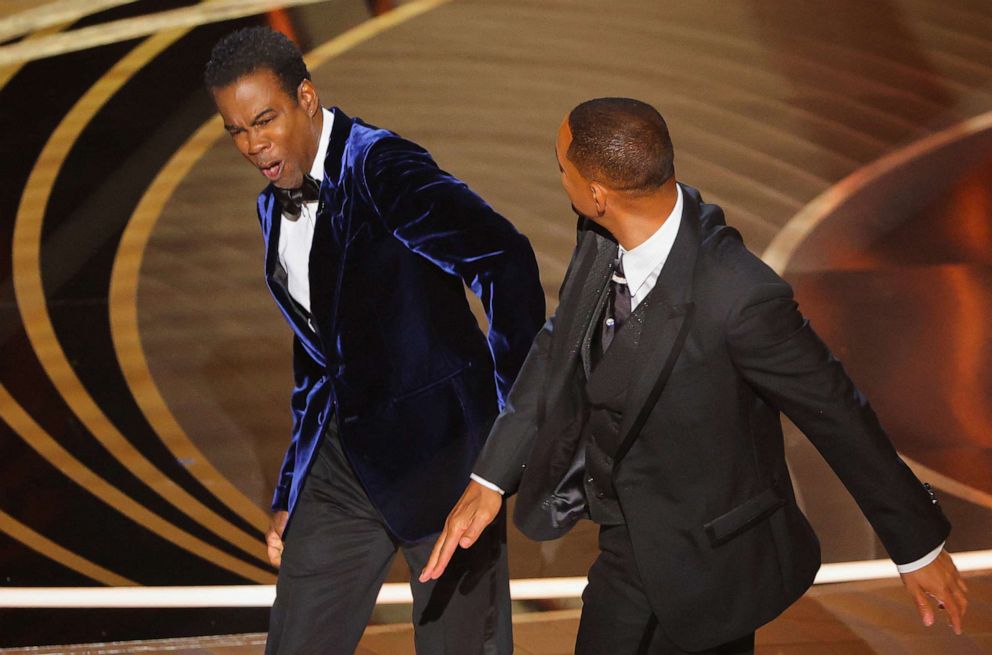 In his acceptance speech, Smith, who played the father of tennis stars Venus and Serena Williams, referenced the confrontation without mentioning or apologizing to Rock directly.

“Richard Williams was a fierce defender of his family. In this time in my life, in this moment, I am overwhelmed by what God is calling on me to do and be in this world,” Smith said, emphasizing that, like Richard Williams, he “protects” the ones he loves.

“Art imitates life. I look like the crazy father, just like they said about Richard Williams. “But love will make you do crazy things.”

The line was seemingly in reference to the night's earlier altercation, stemming from Rock's joke about Pinkett-Smith.

Rock, who was presenting the award for best documentary feature, joked about Jada Pinkett Smith starring in "G.I. Jane 2" because of her shaved head. Pinkett Smith has been outspoken about her struggle with alopecia.

“Javier Bardem and his wife are both nominated,” Rock said. “Now, if she loses, he can’t win. He is praying that Will Smith wins, like, please lord, Jada, I love you. ‘G.I. Jane 2,’ can’t wait to see it, alright?”

That's when Smith walked onto the stage and appeared to slap Rock, leaving many across social media to question if the moment was rehearsed or a genuine reaction from Smith.

Tense moments at this year's #Oscars as Will Smith confronted Chris Rock on stage live on tv, following a joke that mocked a medical condition of his wife, Jada Pinkett Smith.https://t.co/EViXaQY1NZ pic.twitter.com/cmG3abSiRW

While presenting later in the night, Sean “Diddy” Combs mentioned the moment, stating “Will and Chris, we’re going to solve that like family ... but right now we’re moving on with love.”

Smith was then shown in the crowd laughing at Combs’ comments. 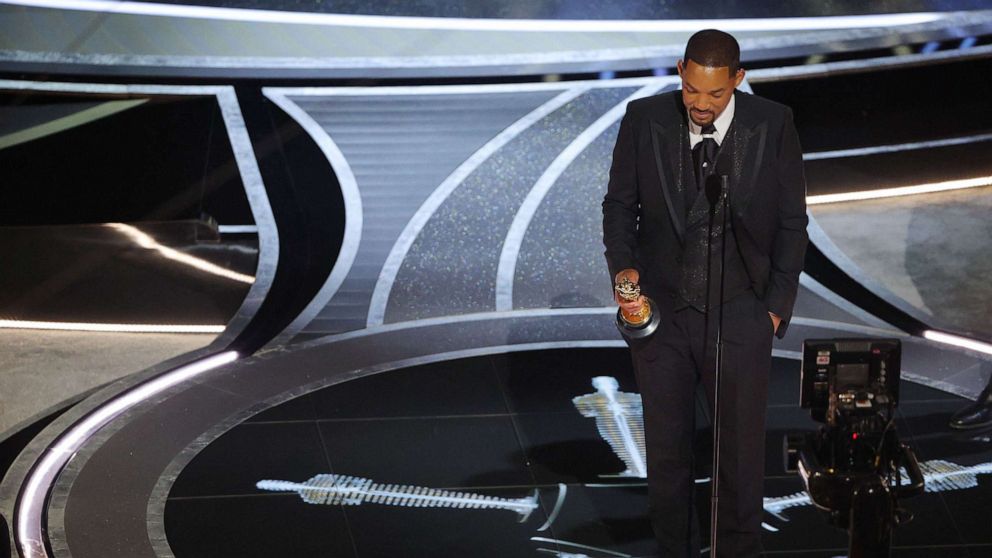 Brian Snyder/Reuters
Will Smith wins the Oscar for Best Actor in "King Richard" at the 94th Academy Awards in Hollywood, Los Angeles, March 27, 2022.

After the ceremony, Smith commented on his own Instagram post -- a video of him and Pinkett Smith getting ready for the Oscars -- writing, "You can’t invite people from Philly or Baltimore nowhere!!”

Smith was born in Philadelphia, while Pinkett Smith is from Baltimore. 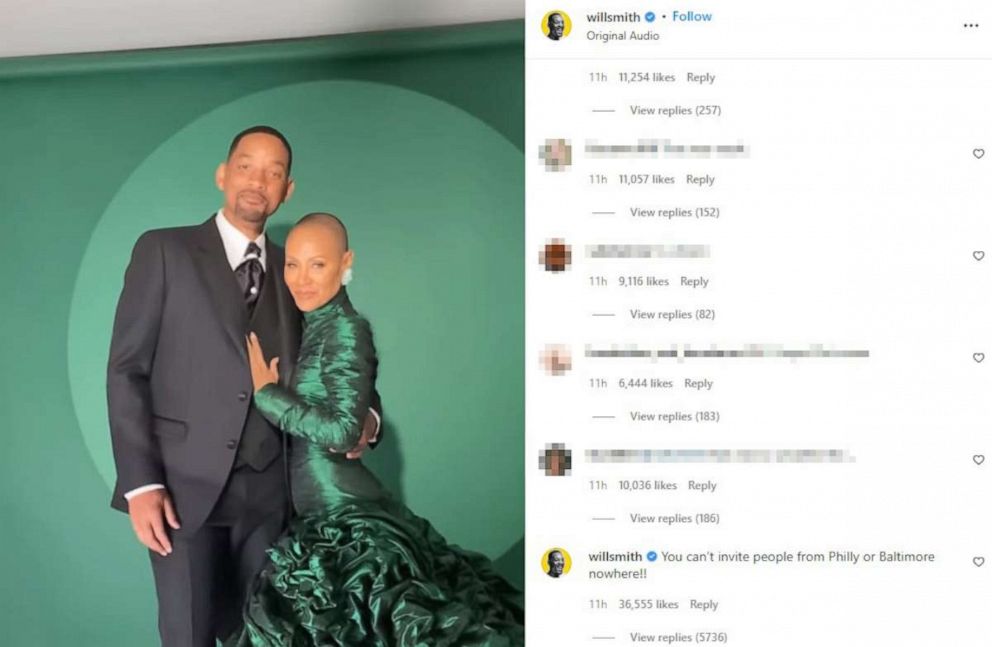 Will Smith/Instagram
Will Smith and Jada Pinkett Smith in a grab from a video Will Smith posted to his Instagram account, March 27, 2022.

The Los Angeles Police Department told ABC News it's aware of the incident, but no police report has been filed.

The Academy does not condone violence of any form.

Tonight we are delighted to celebrate our 94th Academy Awards winners, who deserve this moment of recognition from their peers and movie lovers around the world.

"The Academy does not condone violence of any form," the organization said on Twitter early Monday. "Tonight we are delighted to celebrate our 94th Academy Awards winners, who deserve this moment of recognition from their peers and movie lovers around the world."

The night also marked Smith’s first Oscar win. He was previously nominated for best actor for roles in "Ali" in 2001 and "The Pursuit of Happyness" in 2006.

“This is a beautiful moment and I'm not crying for winning an award. It's not about winning an award for me. It's about being able to shine a light on all of the people,” said Smith.

Will Packer, the show's producer, shared a tweet that appeared to reference the incident. "Welp…I said it wouldn’t be boring #Oscars," he wrote.

One user then responded, "Making jokes about an assault that happened during your show isn’t the congratulatory message you think it is," which Packer then responded to in a follow-up post, sharing more on his feelings about the confrontation.

"Black people have a defiant spirit of laughter when it comes to dealing with pain because there has been so much of it," he responded. "I don’t feel the need to elucidate that for you. But I also don’t mind being transparent and say that this was a very painful moment for me. On many levels."