Ozzy Osbourne is known as "the Prince of Darkness" and for his crazy antics on stage and off, but the singer and and entertainment personality is opening up about something more serious.

In an exclusive interview with Robin Roberts for "Good Morning America," the legendary rocker, his children and his wife and manager, Sharon Osbourne, are shedding light on the private health battle he experienced after a fall and Parkinson's diagnosis last February.

"It's been terribly challenging for us all," Osbourne told Roberts. "I did my last show New Year's Eve at The Forum. Then I had a bad fall. I had to have surgery on my neck, which screwed all my nerves."

To complicate the matters further, Osbourne revealed he was diagnosed with Parkinson's disease, a neurodegenerative disorder that progresses slowly in most people, and has no cure.

"It's PRKN 2," said his wife, Sharon. "There's so many different types of Parkinson's; it's not a death sentence by any stretch of the imagination, but it does affect certain nerves in your body. And it's -- it's like you have a good day, a good day, and then a really bad day." 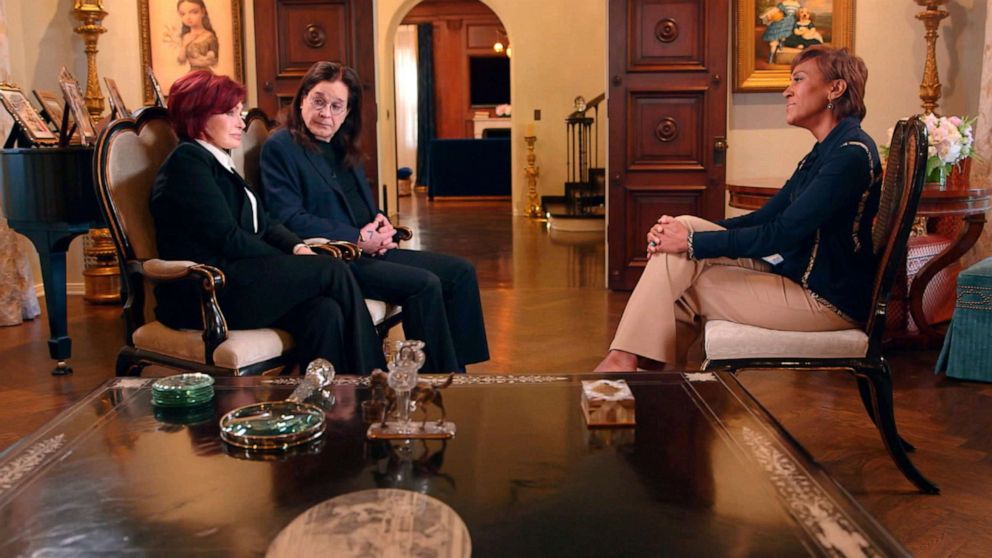 Osbourne postponed his world tour and remained largely secluded while he recovered at home. Now, he's on the mend, revealing that he's on Parkinson's medication and taking nerve pills.

"I got a numbness down this arm for the surgery, my legs keep going cold," he said. "I don't know if that's the Parkinson's or what, you know, but that's -- see, that's the problem. Because they cut nerves when they did the surgery. I'd never heard of nerve pain, and it's a weird feeling."

Now, the rock star is coming clean and letting his fans know about what's been going on.

"I'm no good with secrets. I cannot walk around with it anymore 'cause it's like I'm running out of excuses, you know?"

In his family, it was his son, Jack, and his daughter Kelly, who first realized that something wasn't right with their dad.

"The hardest thing is watching somebody that you love suffer," Kelly told "Good Morning America."

Kelly opened up about what life has been like for their family in the past year even if it was difficult to face their new reality head on. 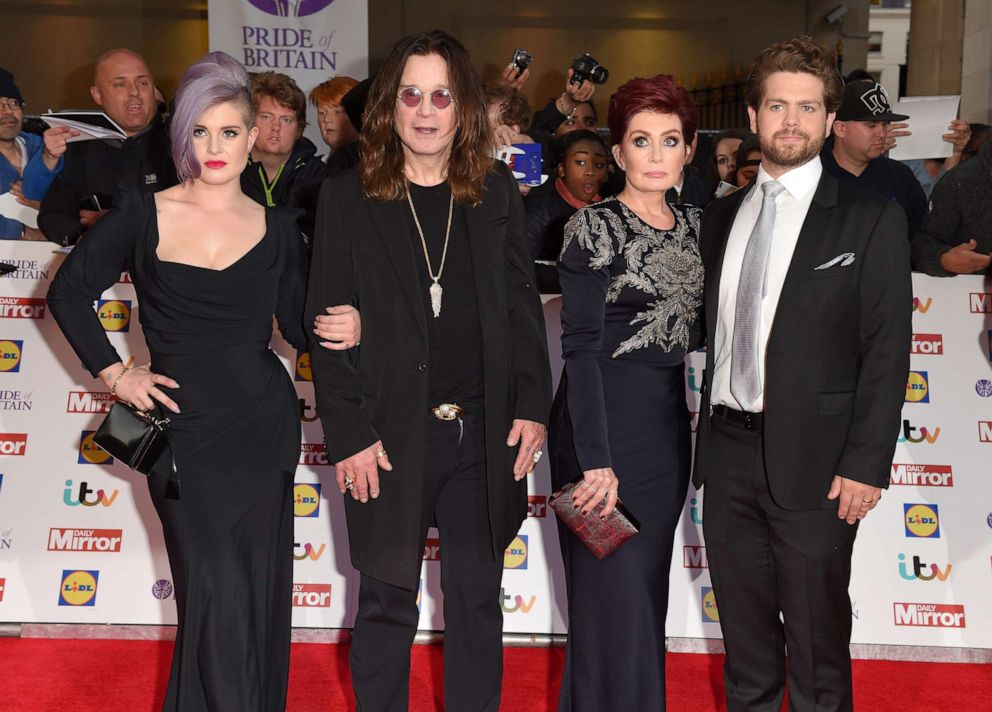 "It's kind of become a bit of -- I think a role reversal for us, where we have to be like, 'Snap out of it. Come on we -- we have to all admit what's happening here,' so that we can get over this. And it took a while for everyone to be on the same page."

Thank you all so much for your well wishes dad is doing so much better. Nothing that some rest, antibiotics and of course his favorite ice cream can't cure 🍦

In a way, Osbourne's diagnosis has brought his family together and has helped them find strength in each other.

"We've all learned so much about each other again -- and it's reaffirmed how strong we are," said Kelly, who admitted that her father's diagnosis has helped her and her brother become closer over the past year.

Osbourne's son, Jack, who was diagnosed with multiple sclerosis in 2012, said he can relate to his father.

"I understand when you have something you don't want to have -- but if he wants to talk, and if not -- I try to slip in information," said Jack.

Although his family has helped him tremendously over the past year and has been there for him to lean on, Osbourne admits that it's been an adjustment at home.

"Coming from a working class background, I hate to let people down. I hate to not do my job," said Osbourne. "And so when I see my wife goin' to work, my kids goin' to work, everybody's doing -- tryin' to be helpful to me, that gets me down because I can't contribute to my family, you know."

"But you know, put it this way -- I'm a lot better now than I was last February. I was in a shocking state."

As a family, the Osbournes were able to help get their father back on his feet and in the studio.

"We have all played a role," said Kelly. "But the only thing I know is what can I do to make him smile? I know going to the studio makes him happy. That's what I did. Everything else was him."

With the support of his family, Osbourne is on the road to recovery and is even turning to doctors outside the U.S. for other forms of treatment.

"We've kind of reached a point here in this country where we can't go any further because we've got all the answers we can get here," said Sharon. "So in April -- we're going to a professional in Switzerland. And he deals with -- getting your immune system at its peak."

While it was difficult for the rock star to address what he's gone through in the past year, his fans have also been a source of support.

"They're my air, you know," said Osbourne of his fans. "I feel better. I've owned up to the fact that I have -- a case of Parkinson's. And I just hope they hang on and they're there for me because I need them."

Since his health ordeal, Osbourne has been regaining his strength to do what he loves the most: perform for his fans. He's even released his first new music in a decade, his recent single, "Ordinary Man."

"He's gonna get back out there," said Sharon. "And he's gonna do what he loves to do; I know it."