Phylicia Rashad's daughter, Condola, is following in her mother's footsteps.

Rashad said her 33-year-old daughter was groomed from a young age to have an appreciation for theater because she was, "Always with me at work, always."

The legendary actress, who starred in "The Cosby Show," said her daughter grew to have an appreciation for "the work ethic, the work itself," especially after taking her to see Alvin Ailey, the legendary dancer and choreographer, at 3 years old.

"We went backstage, and she looked up at me and said, 'When is it going to be my turn?'" Rashad told ABC News. 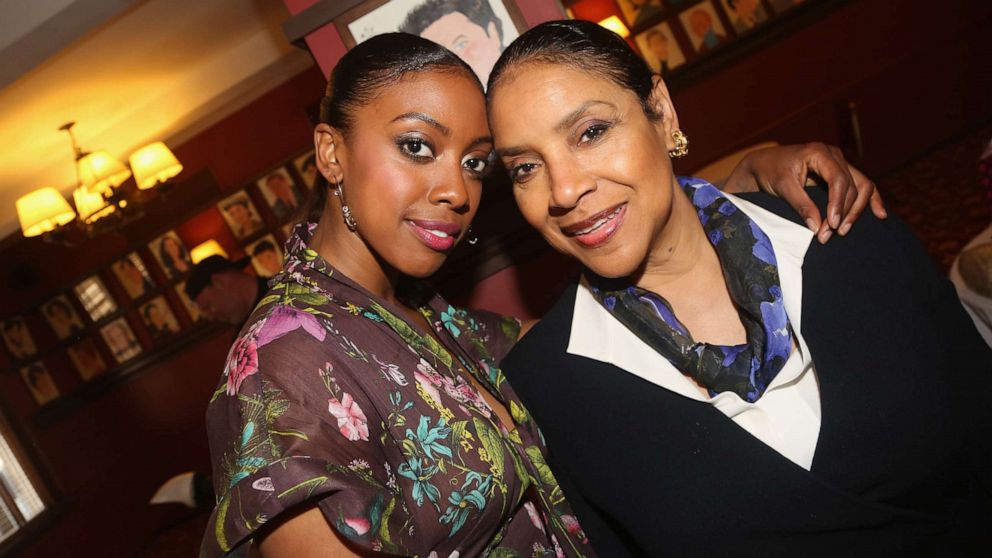 Bruce Glikas/FilmMagic/Getty Images
Condola Rashad and her mother Phylicia Rashad pose as Condola Rashad recieves her caricature for her role in the MTC play "St. Joan" at Sardis, May 10, 2018, in New York.

Condola Rashad's string of critically acclaimed performances have earned her four Tony nominations: for "Stick Fly" in 2012, "The Trip to Bountiful" in 2013, "A Doll's House Part 2" in 2017 and "Saint Joan" in 2018. She also has film credits for "Sex and the City 2" and the 2012 Lifetime TV "Steel Magnolias" remake starring Alfre Woodard, Queen Latifah, Jill Scott and Lance Gross.

"This is what she focused on as a child," Rashad said. She recalled a time when her daughter asked for a piano teacher, a dancing teacher and a reading teacher at just 4 years old.

"What the child was asking for was instruction and I thought that was pretty cool," Rashad said.

Phylicia Rashad currently stars in "Tyler Perry's A Fall From Grace" on Netflix.