Thirty-two years after its original Broadway run, August Wilson's "The Piano Lesson" is back with a buzzy revival.

"August brought it to life by the words he put on the paper," LaTanya Richardson Jackson told Roberts. "And so it was just up to me to see how I could reimagine it and amplify everything that he did." 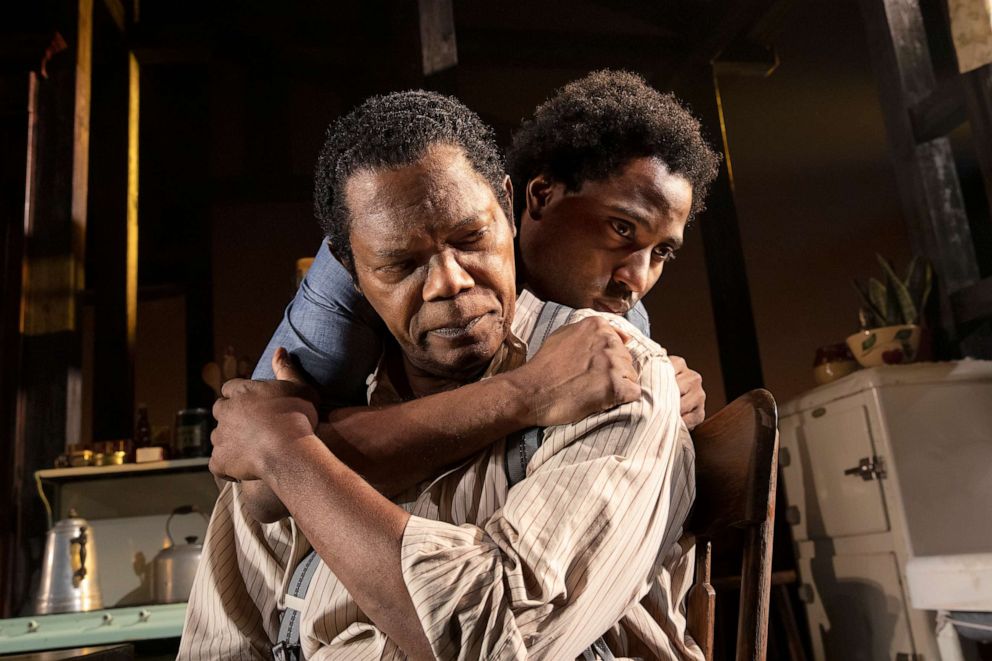 "The Piano Lesson," written by Wilson in 1987, tells the story of two siblings, Boy Willie (Washington) and Berniece (Brooks), battling over what to do with a family heirloom -- a piano carved with the faces of their enslaved ancestors. Samuel L. Jackson plays the siblings' uncle, Doaker Charles.

The Marvel Cinematic Universe actor has a long history with the play, having starred as Boy Willie in the first production of it at the Yale Repertory Theatre in 1987 and being cast as Charles S. Dutton's understudy in the 1990 original Broadway run.

Samuel L. Jackson said he looks back on that time as being "life-altering" for him "in a lot of different ways."

"My life changed because of what was happening when I was the understudy, being drugged out at the time and wondering, 'Oh my God, why not me?'" he said. "I got to go somewhere and fix my life in a way that I didn't realize my life needed fixing, and my life changed exponentially when I got out of rehab because of it."

Following in his footsteps now is Washington -- the son of actor Denzel Washington, who also has a long history with Wilson's work. 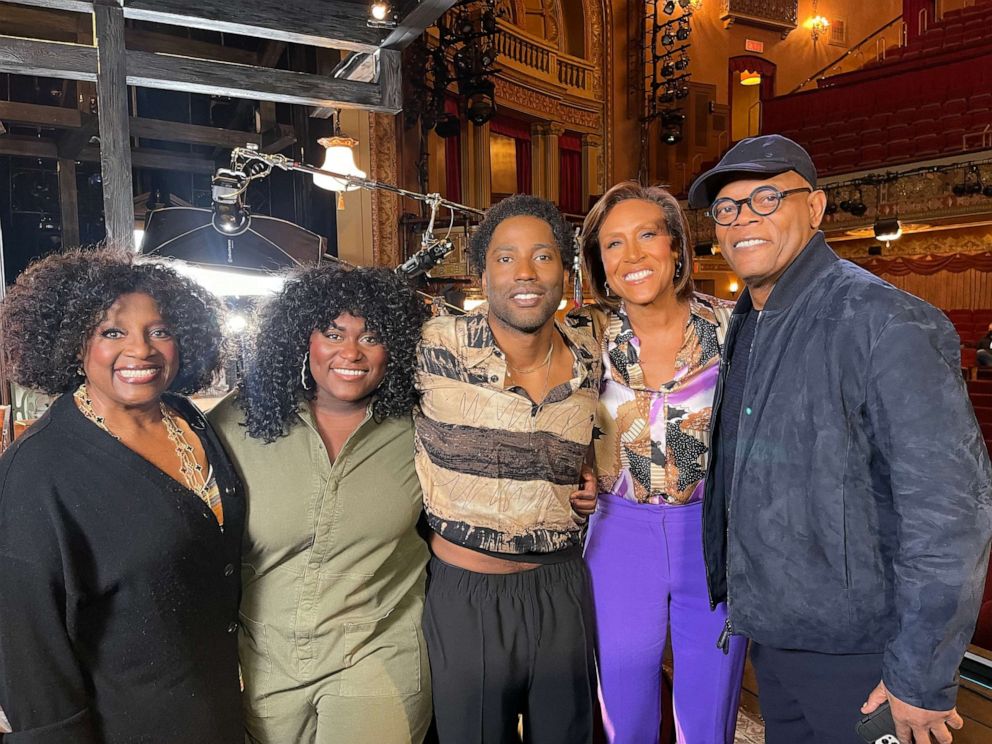 The "Tenet" actor said his mother, actress Pauletta Washington, has seen the show many times and said both his famous parents gave him the tools he needed for this moment, his Broadway debut.

"My whole life, teaching me how to pray, understanding what faith means and how I insert faith into certain things and preparing everything I do," he said. "I've been preparing my whole life for this because of those lessons."

Samuel L. Jackson said it's "fun" for him to watch John David Washington's "evolution" as an actor, having known him since he was a little boy.

This production is a full-circle moment for Brooks, who got her big break on "Orange Is the New Black" and is a Tony-nominated actress for "The Color Purple" (she is also set to star in the movie musical version of that important work), as she used it as her monologue to get into Juilliard when she was 17.

MORE: Fantasia and Danielle Brooks to star in 'The Color Purple' movie musical 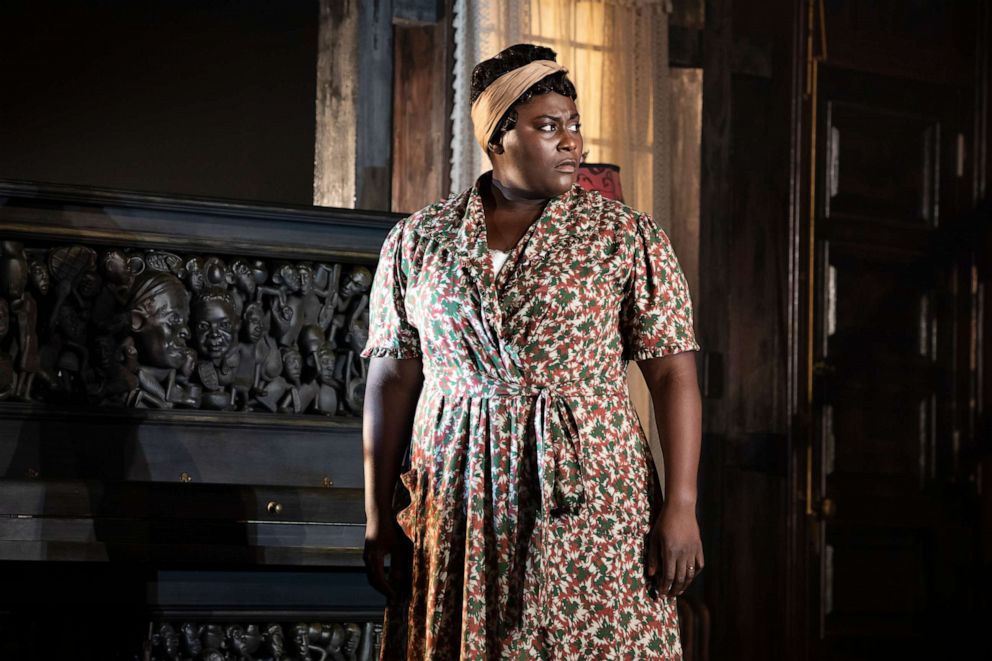 Julieta Cervantes
Danielle Brooks in a production still from "The Piano Lesson."

"That's my foundation," she said. "That was the first time someone had said yes to me, and said there was a place for me in this theater world."

Someone showing her there are even more possibilities for her in that world now is LaTanya Richardson Jackson, who is now the first woman to direct a Wilson play on Broadway.

"I'm cut from the same cloth as her. This is a Black woman who was raised by a Black woman who birthed a Black woman," Brooks said, getting emotional. "So, to me, there's so much conversation that we don't have to have, because we just understand each other." 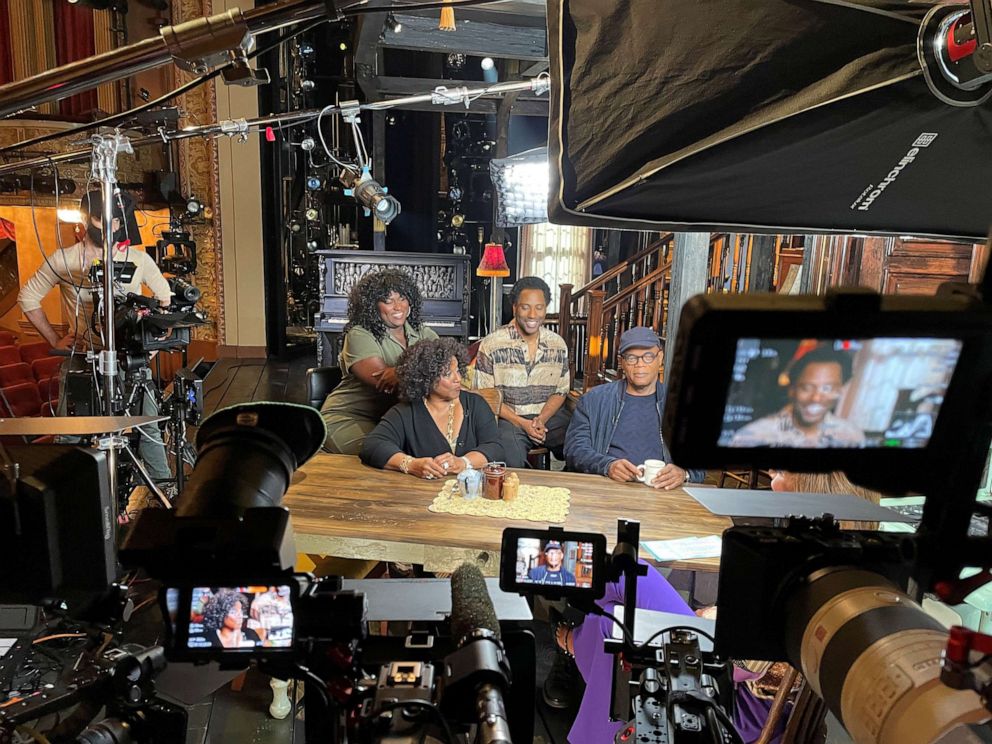 "Another layer to that is I'm so inspired by her because I feel like I can do it," she continued. "Like, I will one day be able to direct whatever I want to direct because she was able to do it, so that's very inspiring and I'm glad she brought me into the fold."

For LaTanya Richardson Jackson, this Broadway revival of "The Piano Lesson" is a dream come true for her.

"It is beyond anything that I could have ever imagined," she said, praising all those involved for what they pour into every show. "I thank God for it. I am grateful because the dream, may it manifest, lies here."

See more from Roberts' interview with the director and cast of "The Piano Lesson" later tonight on "Nightline."