Boseman's work in the film has already won him honors from critics' groups as well as a SAG Award and a Golden Globe. Now, with the Oscars just days away, all signs point to him being the favorite for best actor.

The late "Black Panther" star is the seventh actor to receive a posthumous Oscar nomination. If he wins Sunday, Boseman would be just the third actor to ever accomplish this feat.

Let's take a look at the history of the Academy Awards nominating -- and awarding -- actors after their death. 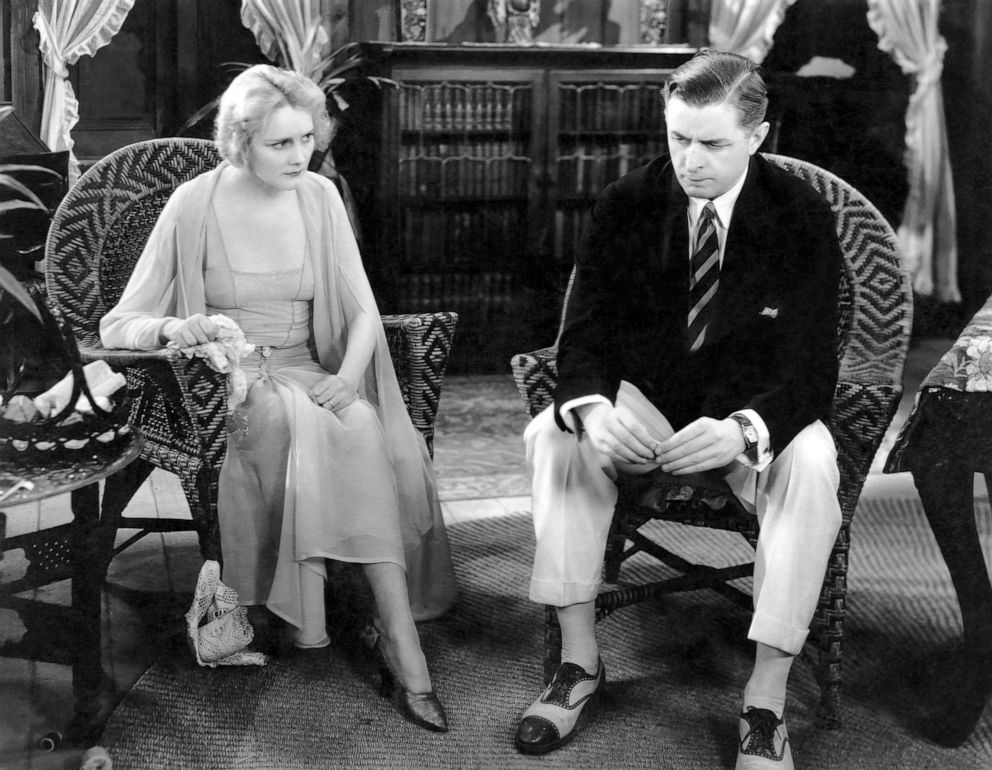 Glasshouse Images/Shutterstock
Jeanne Eagels and Reginald Owen are pictured on-set of the 1929 film, "The Letter."

Let's begin with one that doesn't technically count -- and the only woman who will be featured on this list.

The reason Jeanne Eagels cannot be considered an official posthumous nomination is because the Academy only revealed the winners in 1930, not the nominees. This was at the 2nd annual Academy Awards and Eagels would have been considered for best actress for her role in Leslie Crosbie in Jean de Limur's "The Letter."

According to the Academy's database, "There were no announcements of nominations, no certificates of nomination or honorable mention, and only the winners were revealed during the awards banquet on April 3, 1930."

"Though not official nominations, the additional names in each category, according to in-house records, were under consideration by the various boards of judges," the Academy continued. 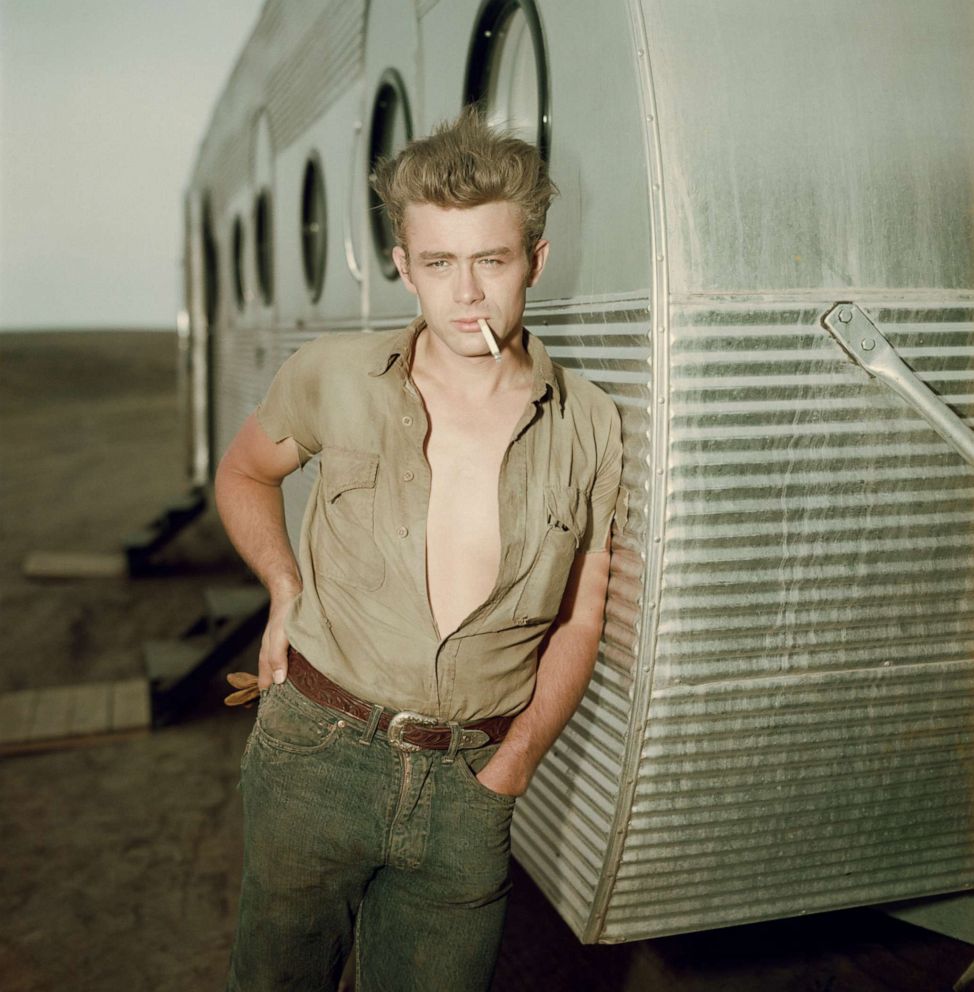 Hulton Archive/Getty Images
James Dean leans against a dressing room trailer with his shirt open to the waist while smoking a cigarette on the set of director George Stevens's 1956 film, "Giant."

Not only is James Dean considered the first real posthumous Oscar nomination, but he was nominated twice after his death.

Though he didn't win either, Dean was nominated for best actor at both the 28th and 29th Academy Awards -- which took place in 1956 and 1957, respectively -- for the roles of Cal Trask in Elia Kazan's "East of Eden" and Jett Rink in George Stevens' "Giant."

What makes these Oscar nominations so incredible? Dean only starred in three films, the other being "Rebel Without a Cause." 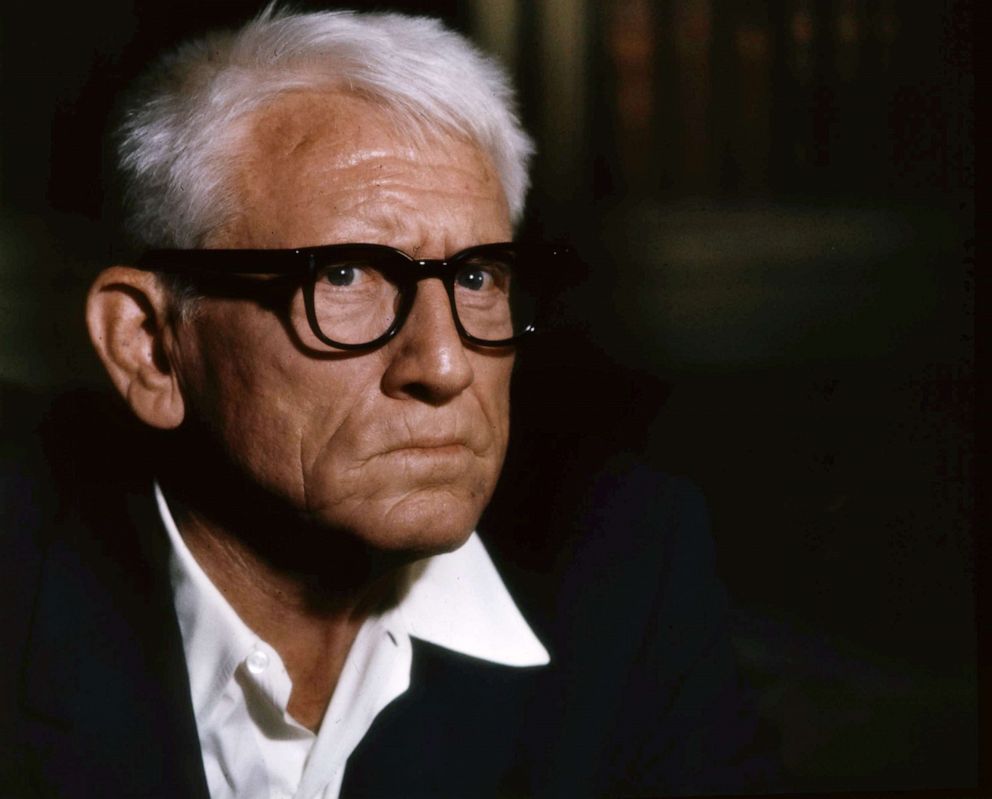 Columbia/Kobal/Shutterstock
Spencer Tracy stars in the 1967 film, "Guess Who's Coming To Dinner?"

Spencer Tracy was nominated for the best actor Oscar at the 1968 Academy Awards for playing Matt Drayton in Stanley Kramer's "Guess Who's Coming to Dinner." 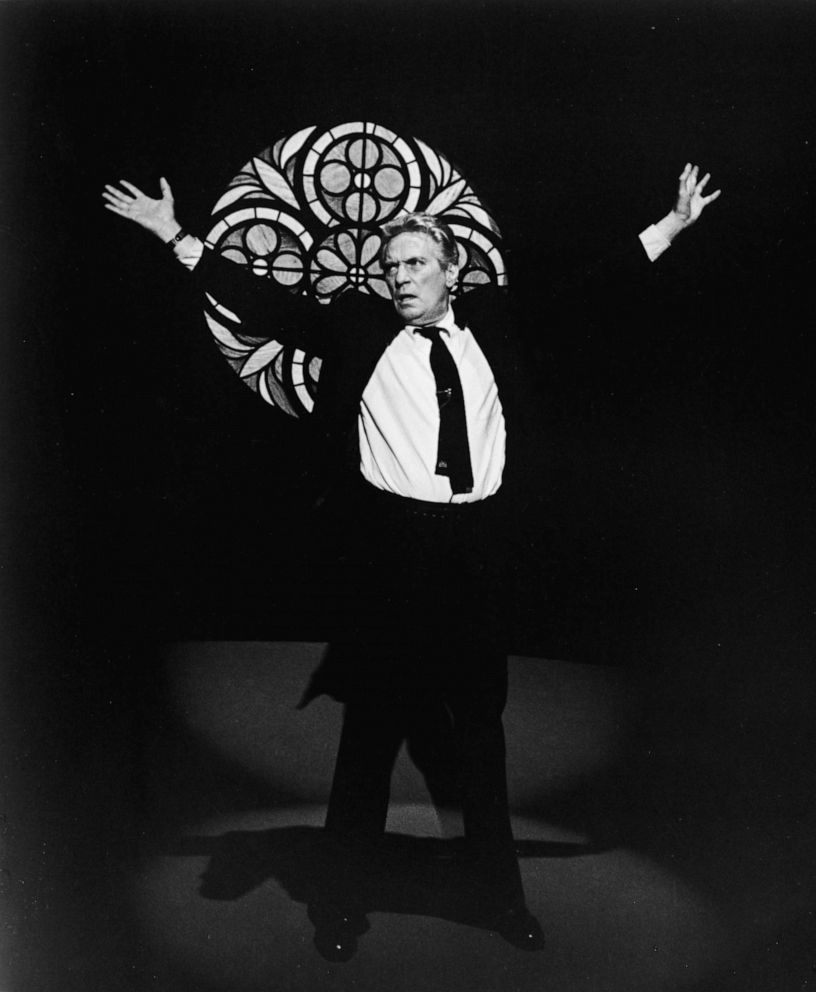 MGM Studios/Getty Images
British-born actor Peter Finch raises his arms and stands in front of a stained glass window in a still from the 1976 film, "Network," directed by Sydney Lumet.

Peter Finch was nominated for best actor at the 1977 Academy Awards for playing Howard Beale in Sidney Lumet's "Network." He won, becoming the first actor to posthumously win an Oscar for acting. 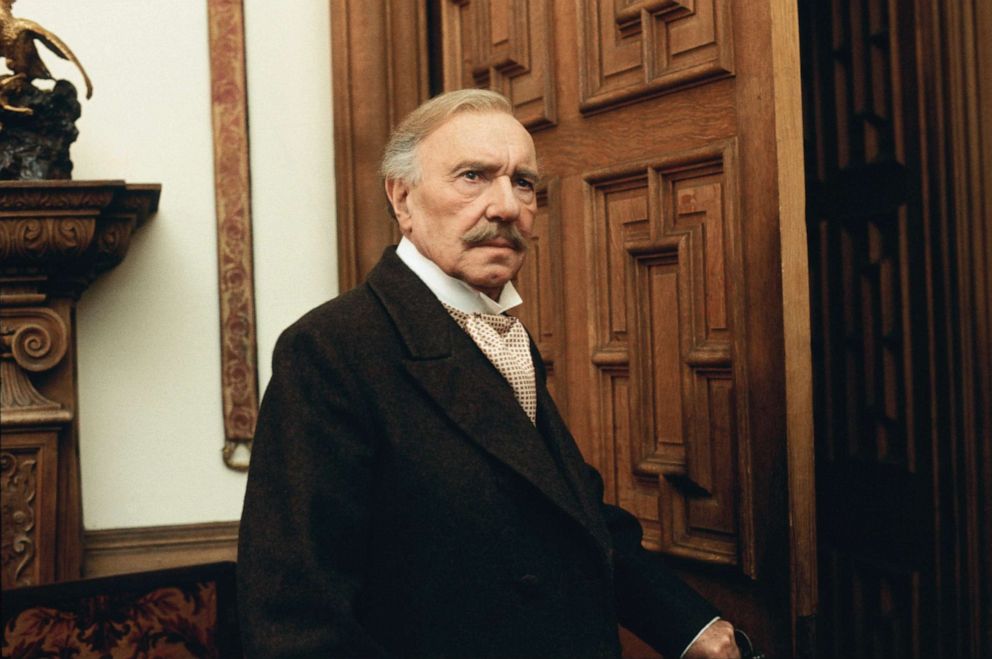 Warner Bros. via Newscom
Ralph Richardson appears in the 1984 film, "Greystoke: The Legend of Tarzan, Lord of the Apes."

Ralph Richardson was nominated for the best-supporting actor Oscar at the 1985 Academy Awards for playing The Sixth Earl of Greystoke in Hugh Hudson's "Greystoke: The Legend of Tarzan, Lord of the Apes." He is the first actor to receive a posthumous nomination in the best supporting actor category. 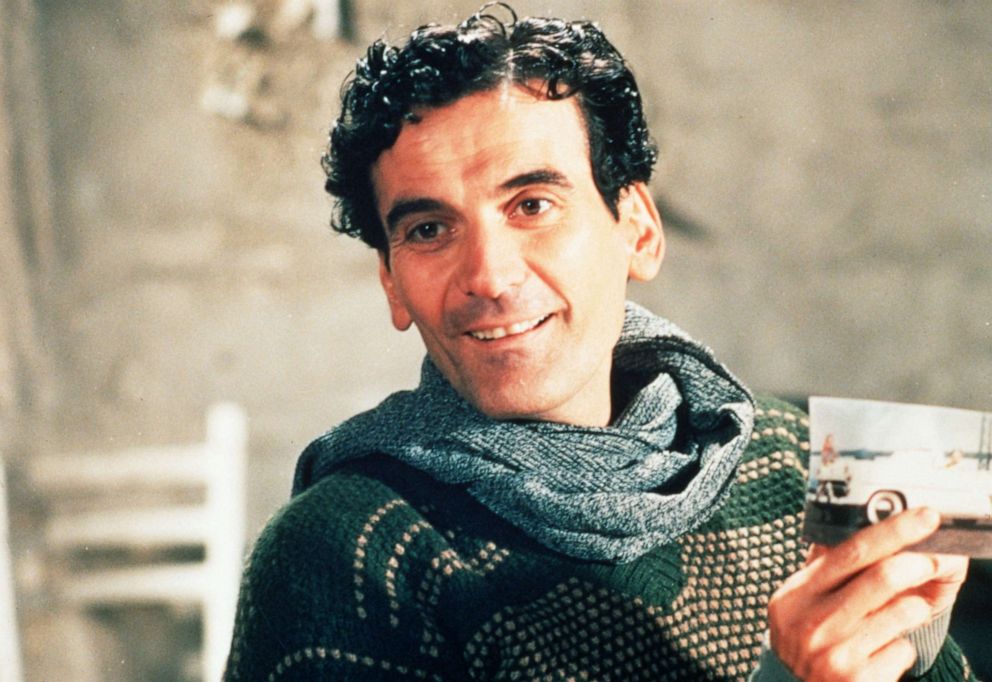 Massimo Troisi was nominated for the best actor Oscar at the 1968 Academy Awards for playing Mario Ruoppolo in Michael Radford's "Il Postino (The Postman)." 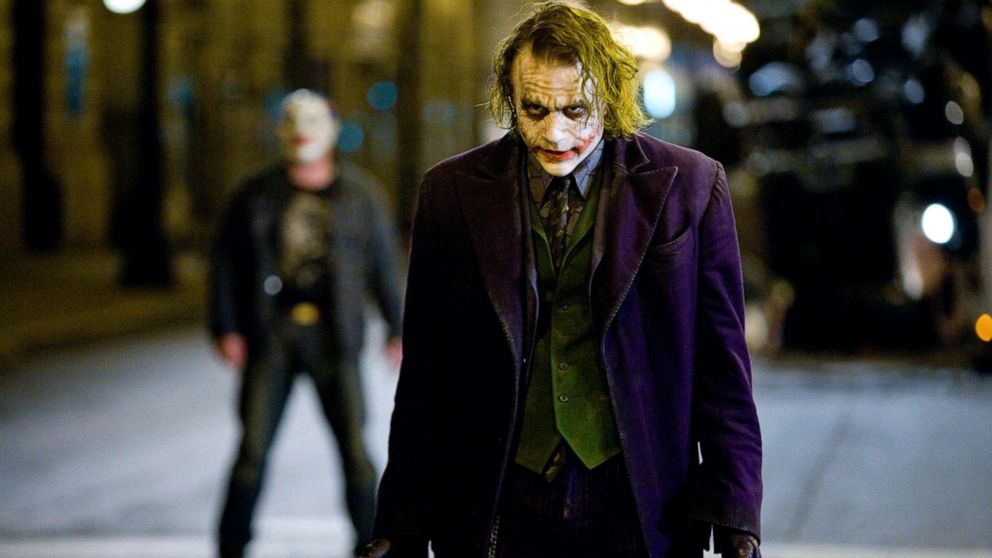 Warner Bros.
Heath Ledger stars as Joker in a scene from the 2008 film, "The Dark Knight." 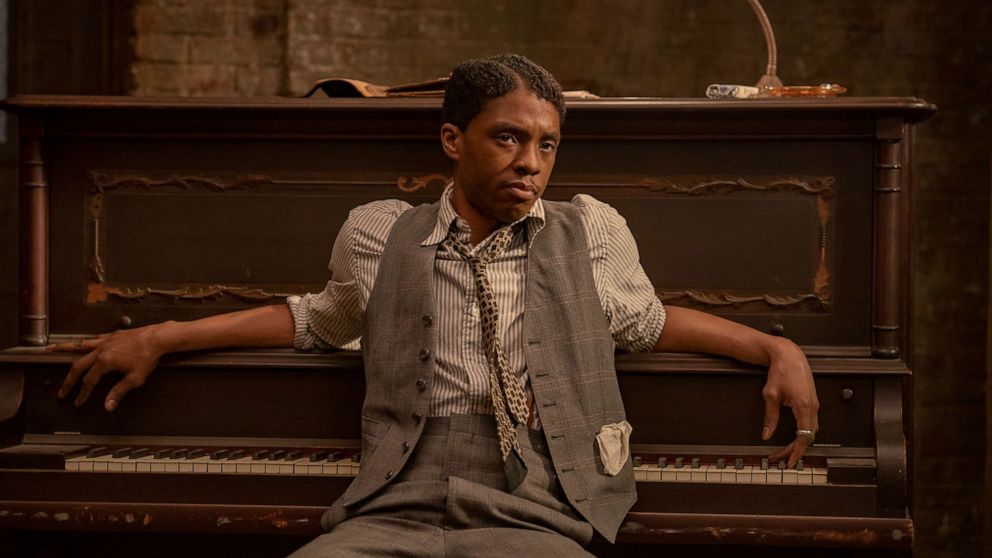