Not so fast. That's my answer for "Bridgerton" doubters who think season two -- now streaming on Netflix -- doesn't stand a chance in hell without the presence of season-one sex magnet Regé-Jean Page as the impossibly beautiful Duke of Hastings whose fiery affair with Bridgerton daughter Daphne (Phoebe Dynevor) kept 82 million COVID shut-ins panting for more.

Though the now-married Daphne shows up in the latest "Bridgerton," along with her infant son, the duke does not. I know it hurts, but suck it up.

Julia Quinn wrote eight romance novels about this Regency-era family of Londoners who, from 1813 to 1827, hopped from opulent balls to bedrooms with gossip queen Lady Whistledown (voiced by Julie Andrews) keeping score.

Take my word, dear reader, that producer Shonda Rhimes and showrunner Chris Van Dusen do not disappoint, making sure that season two, entitled "The Viscount Who Loved Me," brims over with sumptuous spectacle, eye-popping costumes, smoldering romance and unexpected edge. 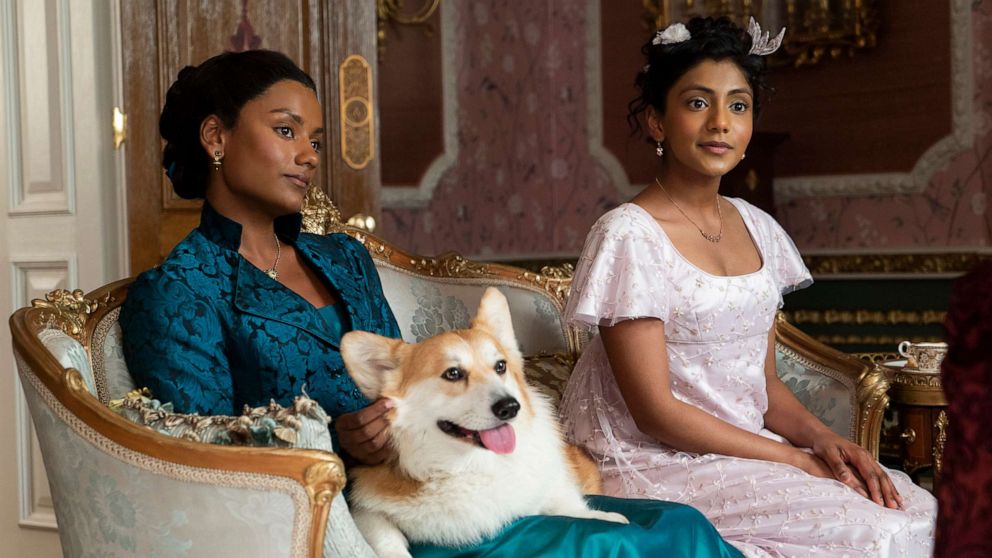 The focus now falls on Daphne's elder brother, Viscount Anthony Bridgerton, played by hunk-in-waiting Jonathan Bailey, a dynamite actor equally adept at drama ("Broadchurch") and musicals -- his recent stage role as a nervous groom-to-be in "Company" won him an Olivier Award for navigating the show-stopping tongue-twister "Not Getting Married Today."

Marriage also has Anthony in a twist. Though once a frequenter of London's finer brothels, the viscount needs a proper wife to suit his nobility. So he pays careful attention when Queen Charlotte (Golda Rosheuvel) picks her favorite, the "diamond," for the upcoming social season.

The jewel is beautiful Edwina Sharma (Charithra Chandran) in from Bombay and a protégé of the queen's confidante, Lady Danbury (the imperious Adjoa Andoh). But first Anthony must get past Edwina's overprotective older sister, Kate (Simone Ashley), deemed a spinster at 26.

Kate, right out of Shakespeare's "The Taming of the Shrew," takes an instant dislike to the viscount after overhearing his toxic, masculine views on marriage as a strictly financial proposition. Suddenly, Kate and the viscount are doing their own version of Jane Austen's "Pride and Prejudice," falling in love even while they're hating on each other. 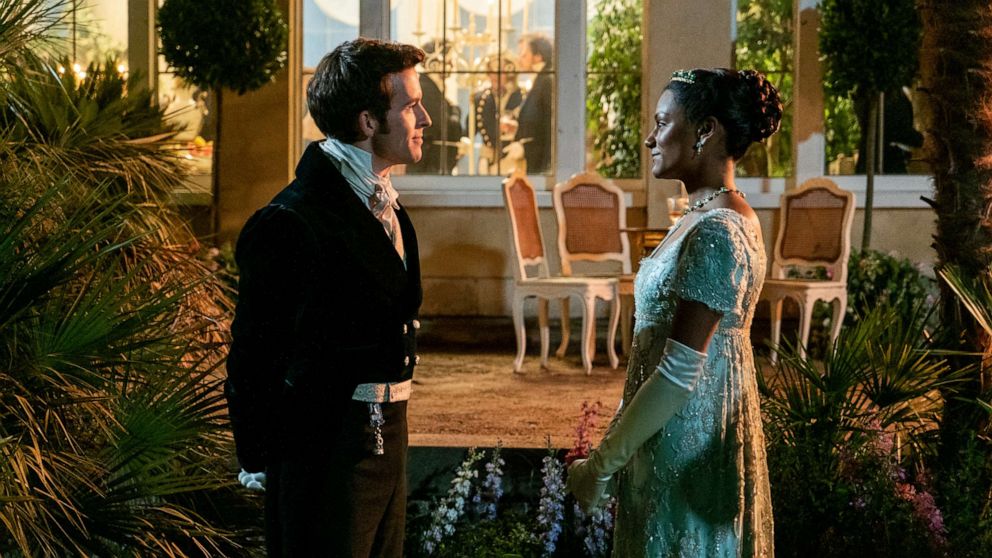 Liam Daniel/Netflix
Jonathan Bailey as Anthony Bridgerton, left, and Simone Ashley as Kate Sharma, in a scene from "Bridgerton."

OK, you've seen it before. Opposites also attracted Daphne and the duke last season. But none of it matters when you're having this much fun.

Whether Kate and the viscount are dancing to orchestral arrangements of Madonna's "Material Girl," one-upping each other on horseback or getting sweaty in a croquet match, Bailey and Ashley ignite their own brand of fireworks.

The best subplot involves the viscount's rebellious sister Eloise (a terrific Claudia Jessie), a fledgling feminist who bolts from her debutante debut and talks women's rights with her bestie, Penelope Featherington (Nicola Coughlan). We know from last season that Pen is the real Lady Whistledown. But no one else does, and Eloise is determined to play detective.

Kudos to season two for digging deeper into the emotional lives of its characters and continuing the colorblind casting that creates a utopia in which diversity is so ingrained it's hardly worth a mention. Everyone, however, is still vying for money and position, so no one is perfect.

And so, this second helping of "Bridgerton," despite a few lags in its midsection, offers up more than a deliciously pretty surface. By satirizing the modern implications of a predatory society, from the fat-shaming of Pen to the rise of the one-percenters, this series knocks the stuffing out of costume drama to reflect the best and worst of human behavior through the ages.