Heartthrob Timothée Chalamet, with skills as sharp as his cheekbones, and Taylor Russell, an actress with a stunning future, play two fine young cannibals in "Bones and All," now in theaters.

Appetizing? Hardly. But don't be put off. As vampires were in the "Twilight" franchise, these flesh eaters are stand-ins for young outsiders—think "Bonnie and Clyde"— trying to find a home in a world of beauty and terror.

Based on Camille DeAngelis' young-adult bestseller, the movie—set in Middle America in 1988—is a tale of first love broken by an addiction stronger than drugs.

Luca Guadagnino, who directed Chalamet to an Oscar nomination in "Call Me By Your Name," is a master of seductive horror, alternately gross and graceful. This is the first of the Italian artist's films to be shot in America. It's the romantic sweetness of the two leads, even playing lovers ravaged by killer impulses, that carries you through their fiendish odyssey. 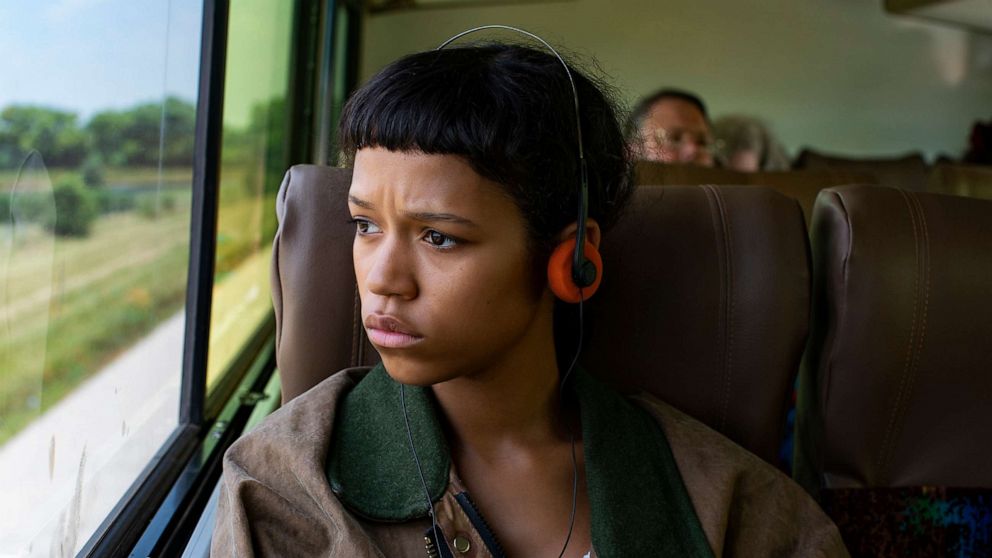 Yannis Drakoulidis/Metro Goldwyn Mayer Pictures via AP
Taylor Russell in a scene from "Bones and All."

Russell, who broke through as a talent to watch in "Waves" and the Netflix remake of "Lost in Space," impresses mightily as Maren, a shy teen living with her nomadic dad (Andre Holland), who curiously locks her in her room at night. He has his reasons, all of them bloody.

That doesn't stop Maren from opening a window and sneaking off to a slumber party where she snacks on the manicured finger of a new friend who freaks out. Can you blame her? When Maren runs home to daddy, not for the first time, they hit the road in a flash.

Until dad calls a halt, leaving a taped message for Maren on her 18th birthday that basically says he's done all he can. See ya. Maren's road trip begins as a search for her institutionalized mother (Chloë Sevigny) from whom she's inherited her scary appetite.

At a deserted bus station, Maren is stalked by Sully (Mark Rylance), a stranger danger who dresses like a deranged country singer and sniffs her out as a fellow eater. Rylance, an Oscar winner for "Bridges of Spies," delivers a virtuoso performance as this aging predator who only feeds on those who are dying. He's perverse perfection. 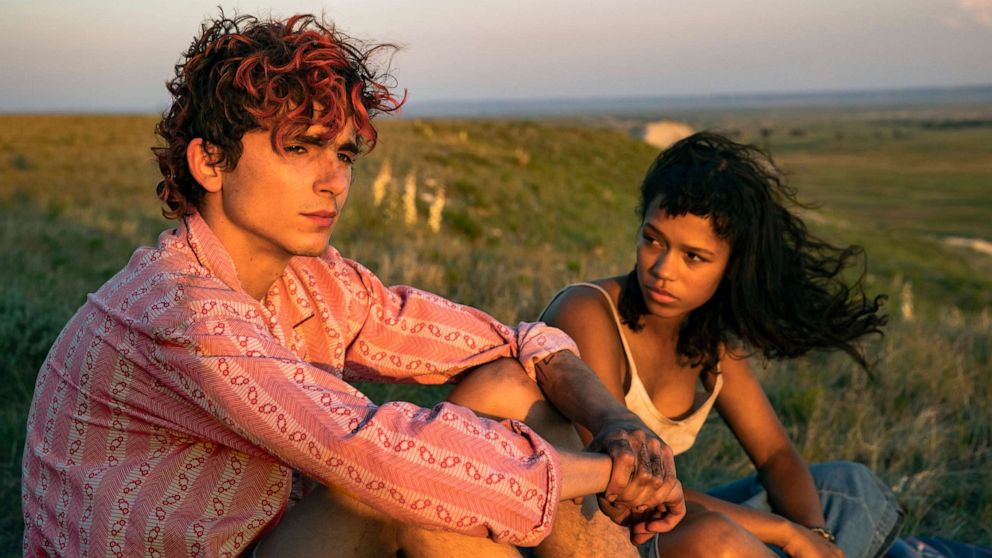 Yannis Drakoulidis/Metro Goldwyn Mayer Pictures via AP
Timothee Chalamet and Taylor Russell in a scene from "Bones and All."

Rylance soon moves over for Chalamet, whose character, Lee, meets Maren while she's shoplifting. Later, when he sings along to KISS' "Lick It Up," she's a goner. It's a match made in cannibal heaven. Almost. Maren sees that Lee only munches on the wicked, but she's looking for a way to control and maybe even conquer her habit.

That's the movie, which deserves to stay spoiler free such are the bombshells that Guadagnino drops without warning. All the actors dazzle, including Michael Stuhlbarg as another eater and David Gordon Green, who directed the new "Halloween" trilogy, as a cannibal groupie.

Cheers as well for the mournful score by Trent Reznor and Atticus Ross and the camera poetry of cinematographer Arseni Khachaturan even though they can't make up for the strangely sketchy script by David Kajganich.

The big plus is that you can't take your eyes off Russell and Chalamet. They hold the emotional center of this outlaw lovers road movie like the true stars they are. Their angelic faces hide an inner ruin that feels painful and tragic as the terror of loneliness closes in.