Rihanna has been declared a National Hero by her home country of Barbados.

The "Umbrella" singer, 33, received the island nation’s high honor Tuesday at a ceremony in Bridgetown.

MORE: Rihanna is world's wealthiest female musician with an estimated worth of $1.7 billion

"On behalf of a grateful nation, but an even prouder people, we therefore present to you the designee for National Hero of Barbados, Ambassador Robyn Rihanna Fenty. May you continue to shine like a diamond and bring honor to your nation by your word, by your actions," Prime Minister Mia Mottley said during the event, referencing her 2012 hit "Diamonds." 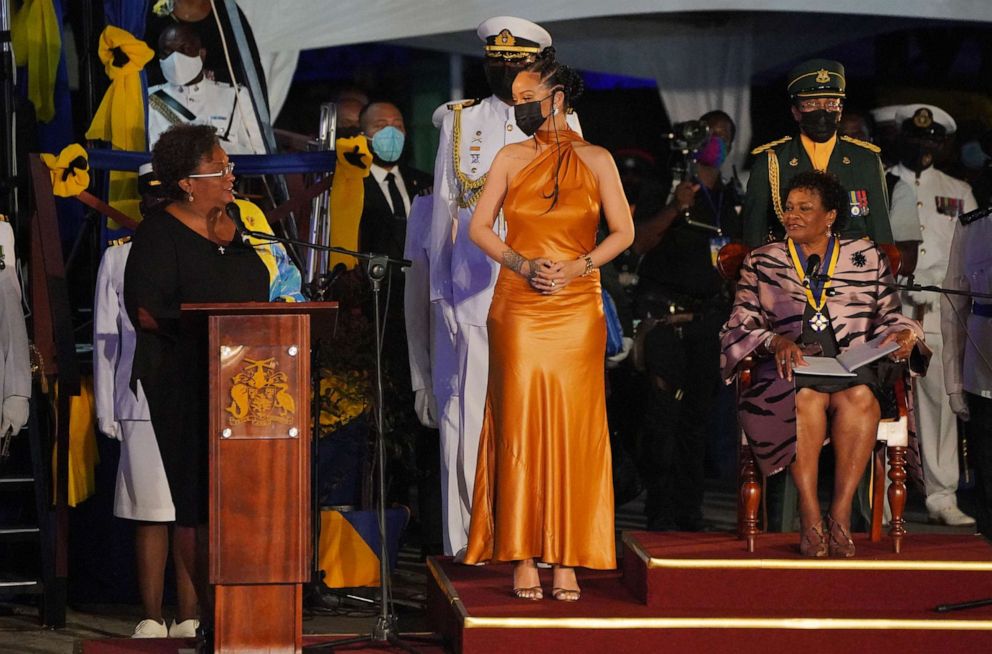 The "Battleship" actress reacted to the honor in a public address, saying, "I have traveled the world and received several awards and recognition, but nothing compares to being recognized in the soil that you grew in. So I thank you so much for this."

The nine-time Grammy winner, who is also a fashion mogul and billionaire, can now use the title of "The Right Excellent" in front of her name. 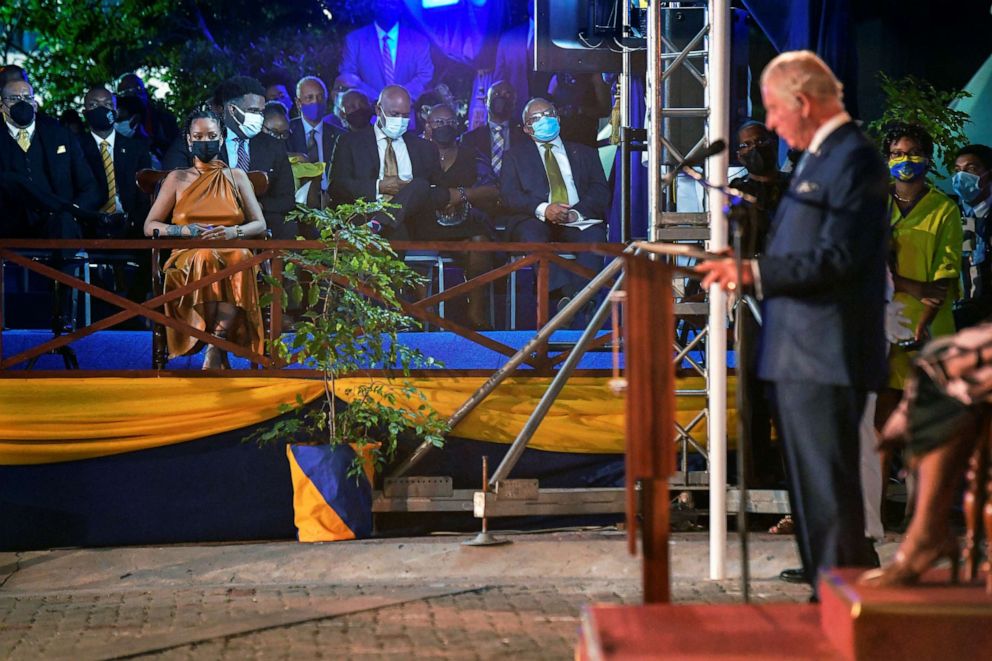 Pool via Getty Images
Prince Charles speaks as Rihanna looks on during the Presidential Inauguration Ceremony at Heroes Square, Nov. 30, 2021, in Bridgetown, Barbados.

At the same ceremony, Barbados formally cut ties with the U.K. and removed Queen Elizabeth II as head of state. In doing so, Barbados became the world's newest republic.

In a farewell speech to the country on behalf of the queen, Prince Charles acknowledged the "appalling atrocity of slavery," adding that it "forever stains our history."