Thirty years ago today was "Good Morning America" co-anchor Robin Roberts' first day at the Walt Disney Company and the start of her incredible career.

"My mom always used to say, ‘You can’t put a limit on gratitude,'" Roberts said Wednesday on "Good Morning America" as the show celebrated her career.

7:14
ESPN's Tom Rinaldi narrates a special “30 For 30”-style compilation of some of Roberts’ finest moments, from her start as a reporter for ESPN to co-hosting “Good Morning America.”

Roberts’ journey at Disney began as a sports reporter at ESPN. There, she worked alongside Bob Ley and Charley Steiner on SportsCenter and became the first woman to co-host “NFL Primetime.”

“She came in, she was self-assured,” Steiner told “GMA.” “I can’t ever remember her taking a step back. She was all in, let’s play.” 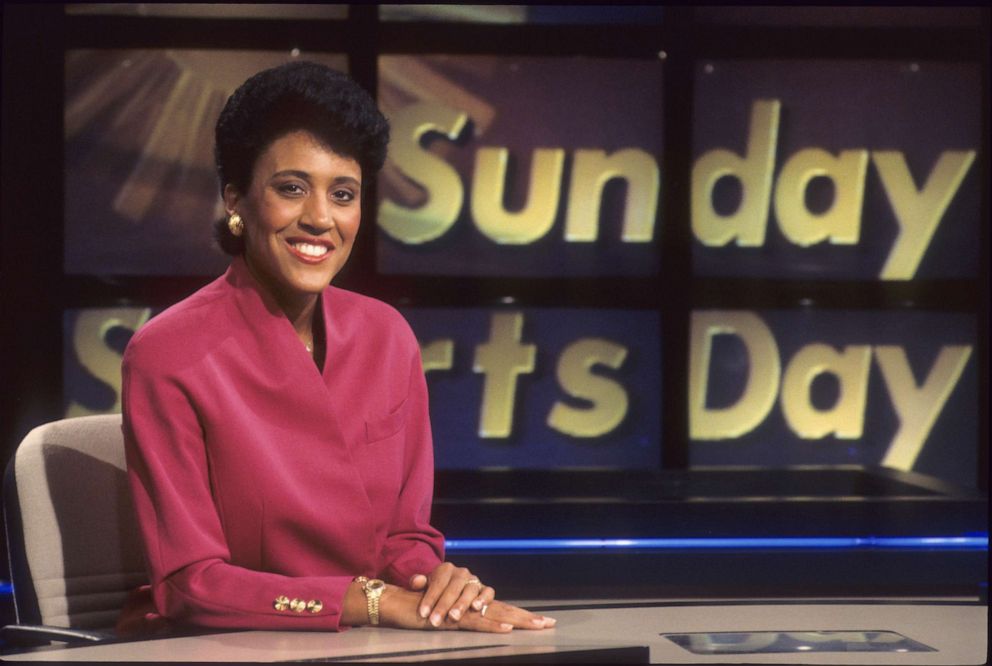 During her 15 year career at ESPN, Robin championed women’s basketball at both the collegiate and professional level. 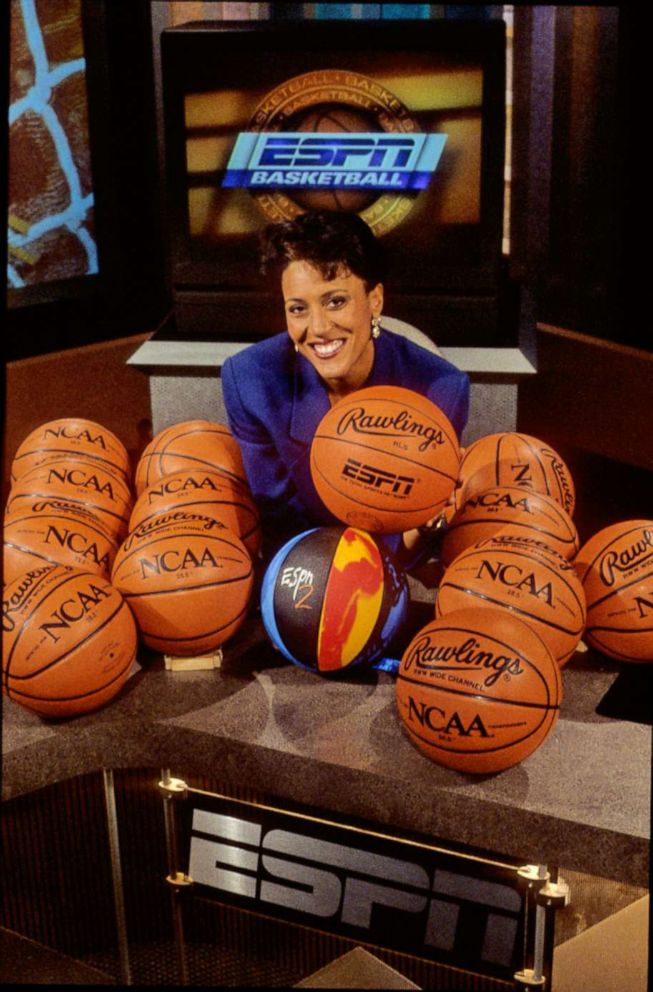 ABC News/ESPN Images/Rick LaBranche
Robin Roberts is shown posing with basketballs on the studio set back in 1996.

In 2005, Roberts officially moved to “Good Morning America,” taking a seat at the anchor desk alongside Charles Gibson and Diane Sawyer.

"One of the great days, other than the first day I started, was when [then-ABC News president] David Westin walked into my office and said, ‘Hey, we’re going to make you the co-anchor with Charlie and Diane," Roberts recalled. 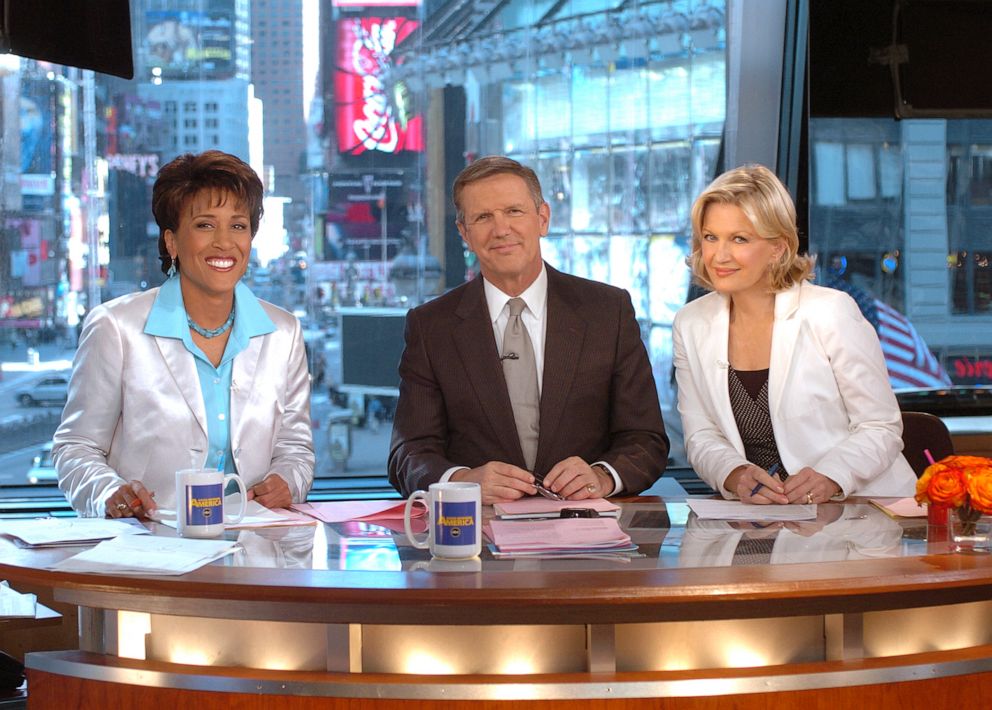 “From the moment she walked in the door it was just freeing for everyone to be in the presence of this spirit,” Sawyer told “GMA.” “It was incredibly and immediately more joyful when she was around.”

(MORE: Robin Roberts shares a special message in honor of her 6th 'birthday')

"It was always fun in the mornings to sit between the two of you," Gibson said today on "GMA," referring to Roberts and Sawyer. 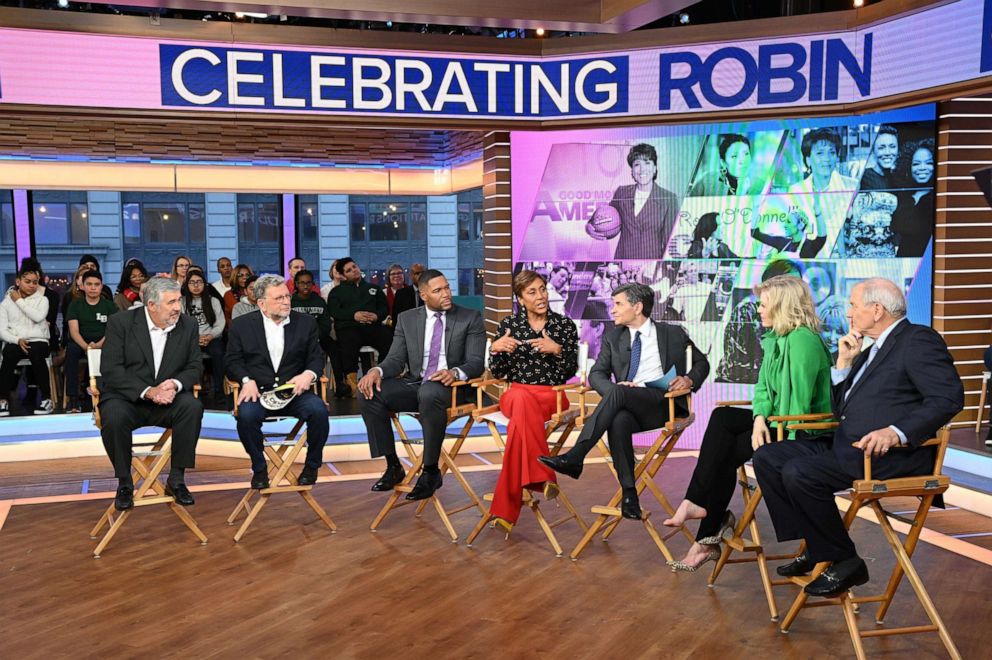 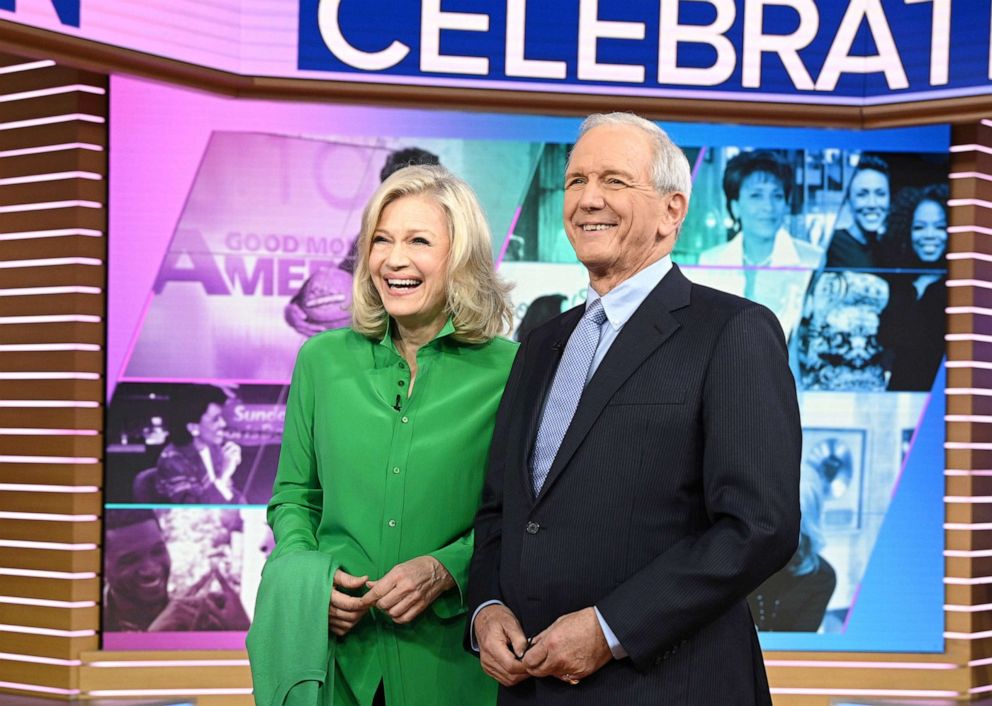 Since then, stories have taken Roberts to countless new heights from the Great Wall of China in 2016 to game reserves in South Africa and the Mayan pyramids in Mexico to the middle of the Atlantic Ocean while aboard the USS Scranton.

“If you can dream it, you can do it”- Walt Disney 30 years later I’m still dreaming...incredibly blessed and grateful.🙏🏾❤️ #WednesdayWisdom

While she’s had many highs in this job, she never shies away from addressing her struggles head on.

In 2007, Roberts announced on air that she was diagnosed with an early form of breast cancer. She first revealed the news alongside Sawyer on “GMA” in the hope of helping others going through the same thing.

"There’ s something about Robin that comes through on the screen and it’s a very special quality," said Gibson.

"Which is why when you were sick, I think there was not a person in the country who wasn’t rooting for you," he said to Roberts. "It was a role that I don’t think you wanted, to be the poster child for people with the kinds of cancer you were facing, but you did it and everybody just was in love with the fact that you were so brave and such a tiger about that." 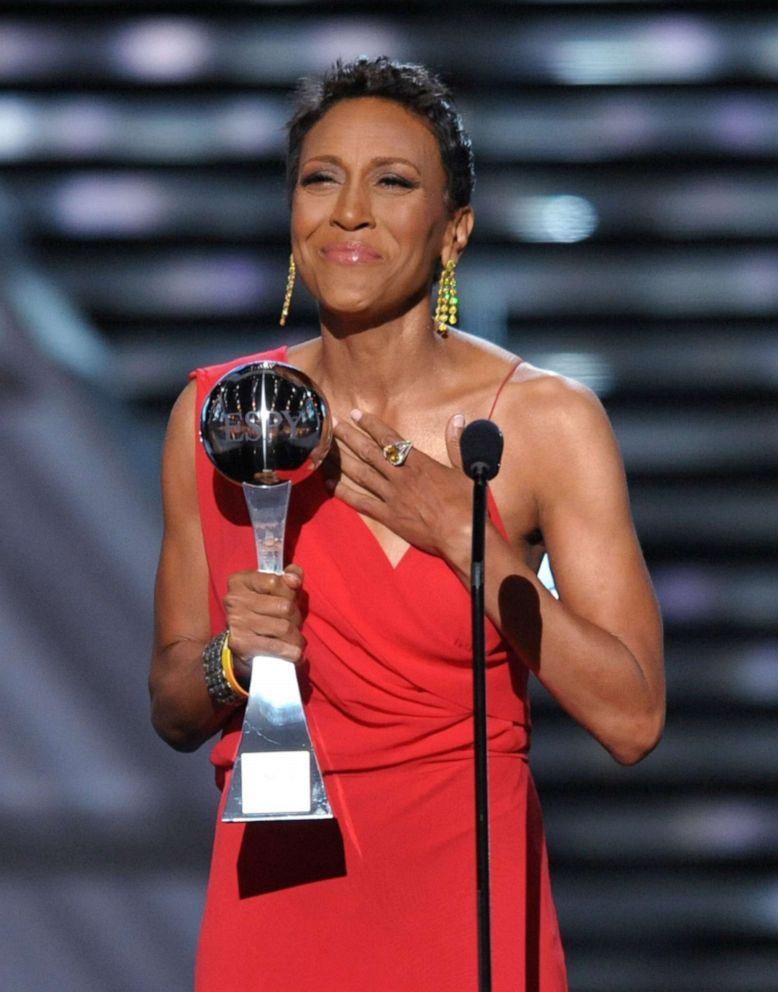 Whether Roberts is doing a live shot from Austria for the Special Olympics World Games or interviewing victims of a hurricane or natural disaster, Roberts' mission has always been to inform others -- proving she’s not only a Disney legend but an inspiration to all.

“Robin’s authenticity and I think her warmth not only makes people comfortable when they sit and talk with her, but you think when you’re watching her, you’re watching a friend,” said Disney CEO Bob Iger.

Today we celebrate @RobinRoberts 30th. anniversary @WaltDisneyCo and we are so grateful for her 3 decades of service. She inspires us with her courage, warms us with her friendship, and graces us with her presence. pic.twitter.com/z8wHR9bSkj

See more photos from the "GMA" celebration for Robin Roberts: 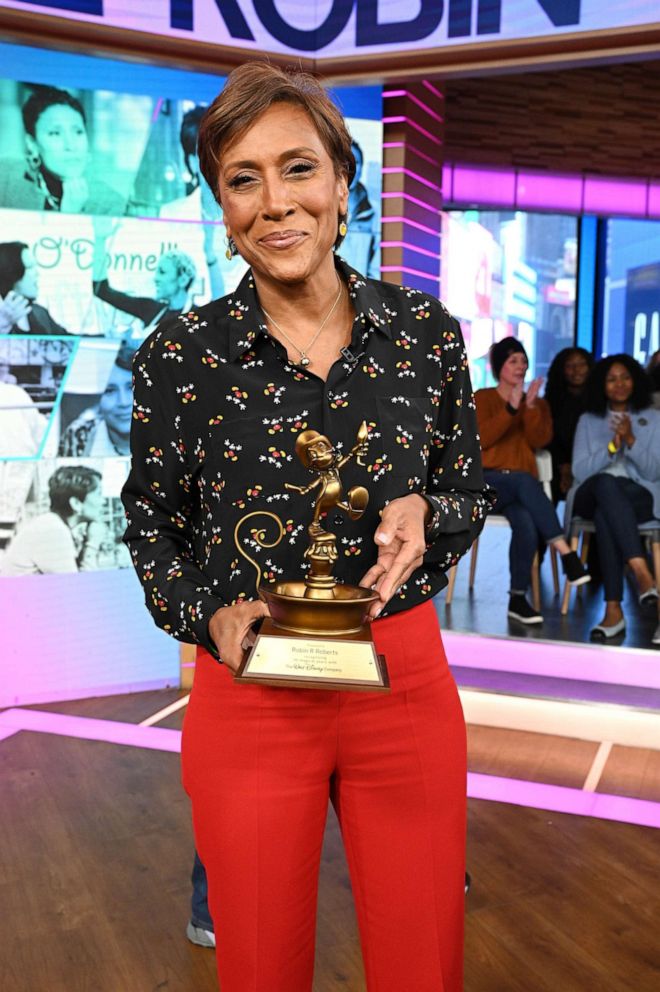 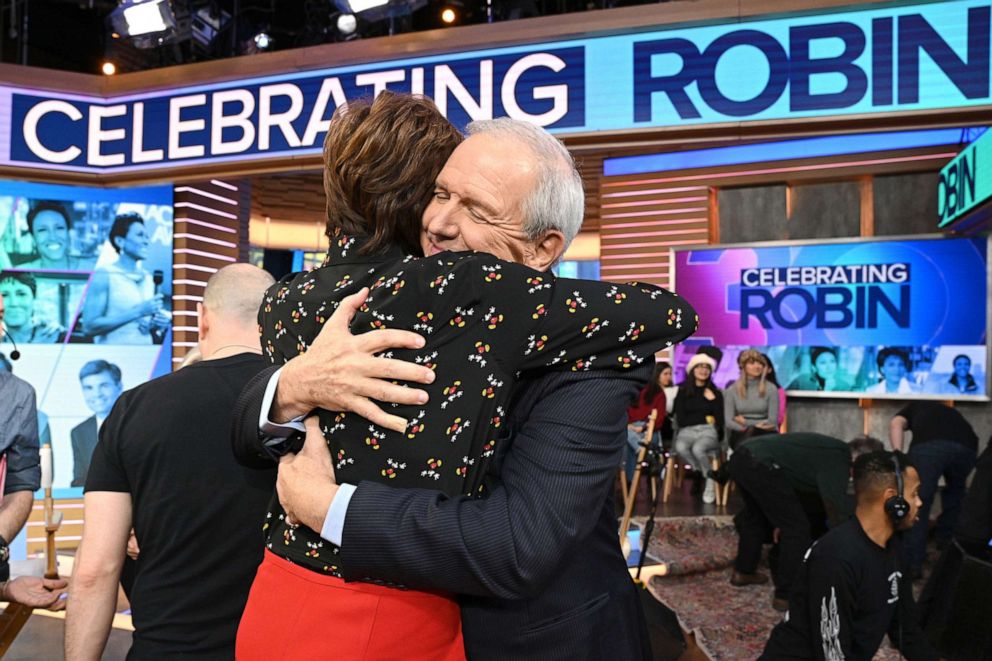 Lorenzo Bevilaqua/ABC
Robin Roberts and Charlie Gibson embrace on "Good Morning America" on Jan. 15, 2020 in celebration of her 30th anniversary at the Walt Disney Company. 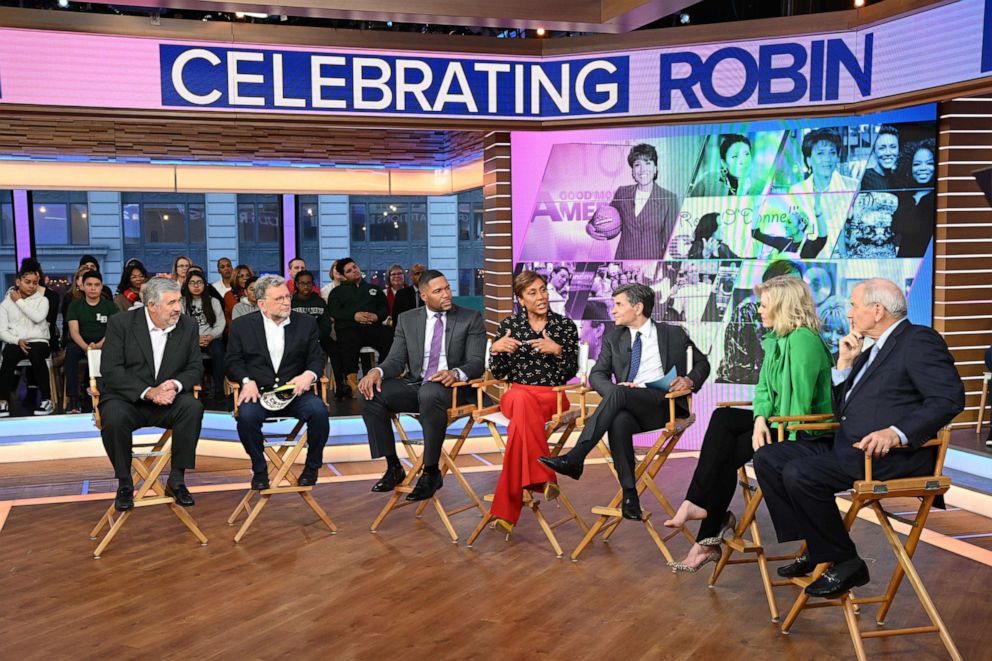 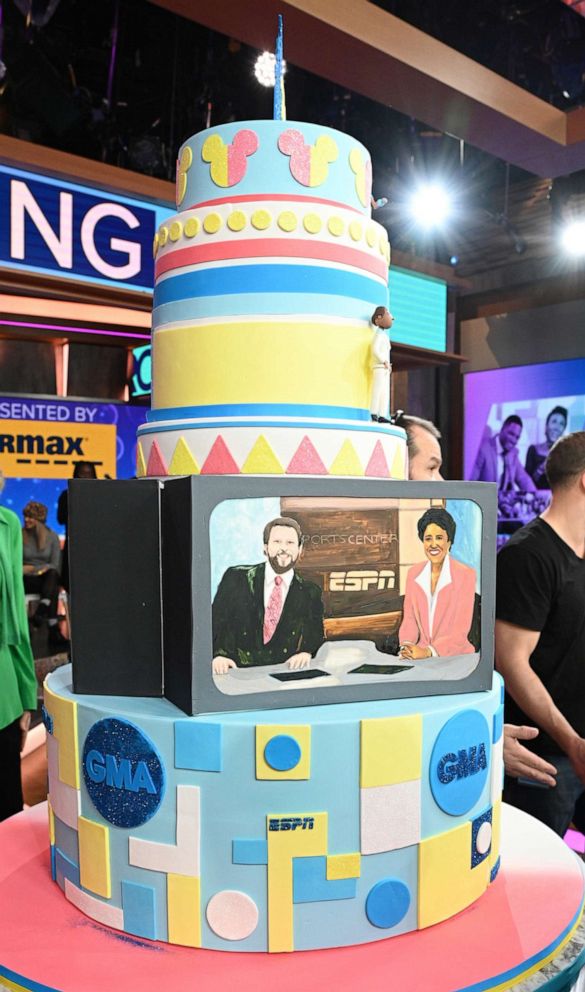