Rock and roll pioneer Jerry Lee Lewis has died at 87.

The Louisiana-born Lewis rose to fame thanks to the classic songs like "Whole Lotta Shakin' Going On" and "Great Balls of Fire," but he was also embroiled in controversy when he married his 13-year-old cousin, Myra Gale Brown.

During the late 1950s, the singer was part of Memphis, Tennessee, label Sun Records' roster of influential rock 'n' roll artists, which included Elvis Presley, Johnny Cash, Carl Perkins and Roy Orbison. He was known for his wild performances on the piano, running his hand along the entire keyboard, knocking over his bench and even playing with his feet.

Lee, was infamously nicknamed "The Killer," and his songs "Whole Lotta Shakin' Going On" and "Great Balls of Fire," peaked at No. 3 and No. 2, respectively, on the Billboard Hot 100. Both songs also topped the U.S. country charts.

While he scored another top-10 hit in 1958 with "Breathless," Lewis' career suffered following his marriage to Brown in 1957. Lewis was 22 at the time. The couple remained married until 1970 when Brown filed for divorce citing allegations of abuse and adultery. 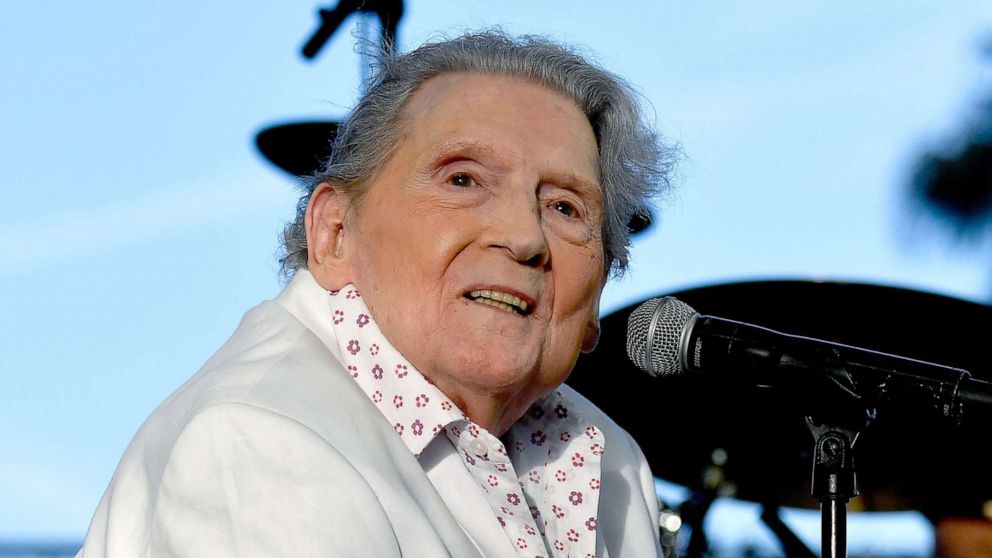 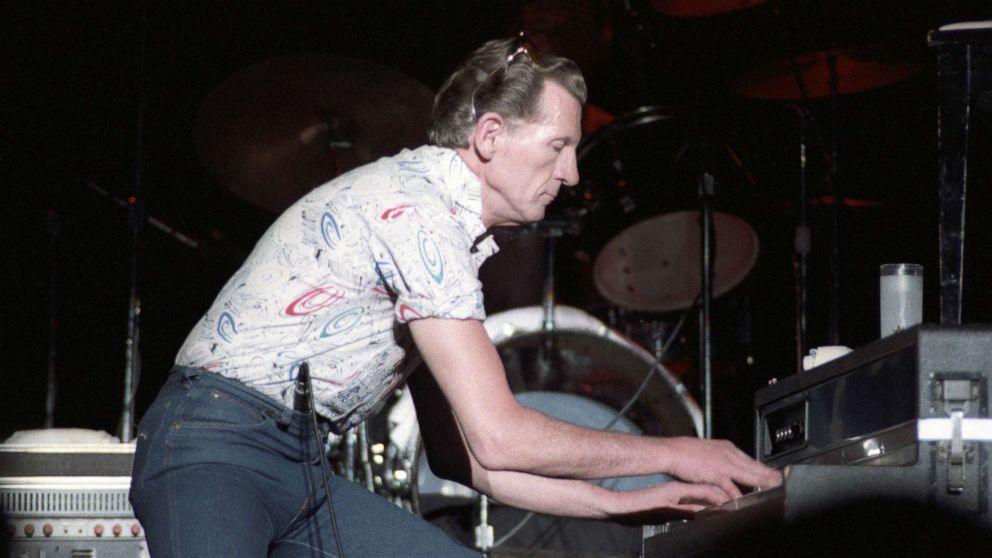 Brown was actually Lewis' third wife. He first married at 16 years old in 1952 and would go on to be married seven times in his life. He is survived by his wife Judith Lewis, the ex-wife of Brown's brother, whom he married in 2012.

He had six children, though two died tragically -- his son Steve drowned in a swimming pool at 3 years old and Jerry Jr. died in a car accident at 19.

Starting in the late 1960s and into the '80s, Lewis revived his career as a successful country artist, releasing dozens of charting hits. 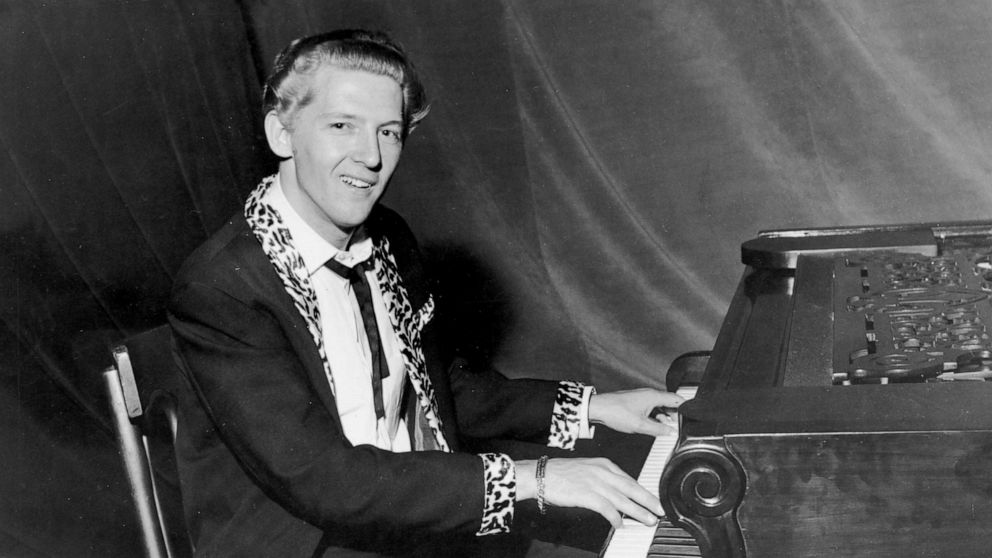 The singer's life was chronicled in the 1989 biopic "Great Balls of Fire," which starred Dennis Quaid and featured Winona Ryder as Myra.

"Jerry Lee was a Christian, an American icon and the greatest piano player in the world," Quaid said in a statement Friday. "People will be listening to 'Great Balls of Fire' and 'Whole Lot of Shakin'' 500 years from now. I will miss him. God bless you Jerry Lee."

Lewis was also portrayed by Waylon Payne in the 2005 Johnny Cash biopic "Walk the Line." 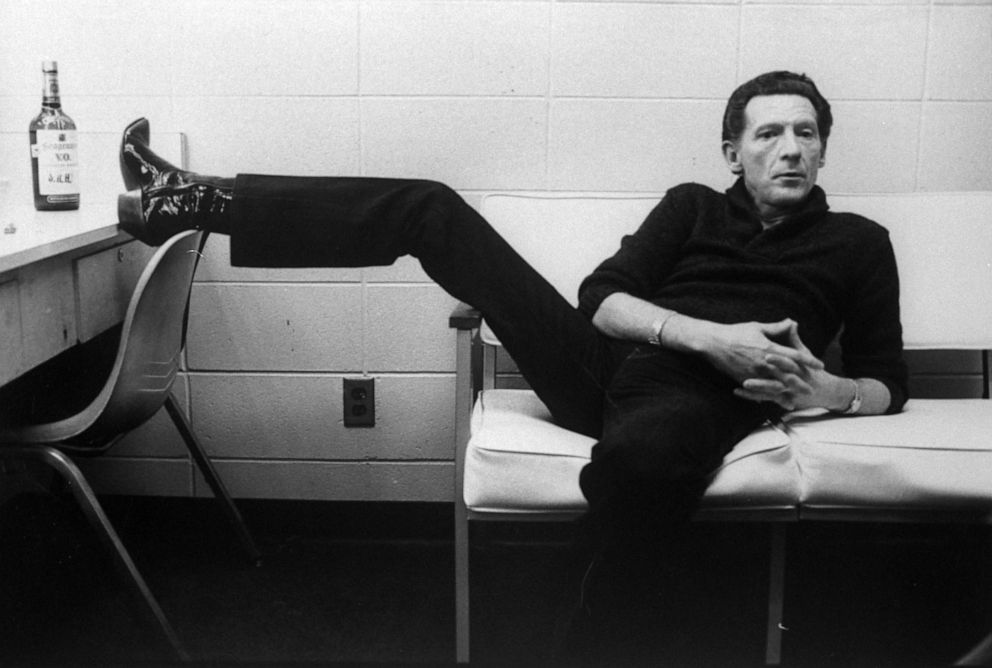 Elton John posted a photo alongside the legendary pianist, writing, "Without Jerry Lee Lewis, I wouldn’t have become who I am today."

Without Jerry Lee Lewis, I wouldn’t have become who I am today. He was groundbreaking and exciting, and he pulverized the piano. A brilliant singer too. Thank you for your trailblazing inspiration and all the rock ‘n’ roll memories. #RIP pic.twitter.com/HytKkIV5Qo

"As one of the most talented musicians and entertainers of our time, it warms my heart to know that he got the chance to accept his rightful place in the hallowed hall as a member of the newest class of Country Music Hall of Fame inductees just a few weeks ago," Country Music Association CEO Sarah Trahern said in a statement. "My deepest condolences go out to Jerry Lee’s family and friends during this time."