The royal family will gather on Monday at Queen Elizabeth’s Sandringham estate to discuss "next steps" following the Duke and Duchess of Sussex’s announcement that they will "step back as senior members" of Britain's royal family.

Queen Elizabeth, Prince Charles and Princes William and Harry will all be in attendance, according to a palace source. The Duchess of Sussex is expected to join them by phone, the source told ABC News.

Ahead of Monday's summit, Prince William and Prince Harry called out a story in a U.K. media outlet that speculated on their relationship with accusations of "bullying" and being "in turmoil."

"Despite clear denials, a false story ran in a UK newspaper today speculating about the relationship between The Duke of Sussex and The Duke of Cambridge," the brothers said in the statement. “For brothers who care so deeply about the issues surrounding mental health, the use of inflammatory language in this way is offensive and potentially harmful.”

Harry and Meghan’s announcement left royal watchers -- and reportedly even members of Britain's royal family -- stunned and wondering what could be ahead for both the royal family and the Sussexes.

The parents of 8-month-old Archie had recently returned to the U.K. from an extended holiday break in Canada when they announced their plans to, in part, become financially independent and split their time between the U.K. and North America. 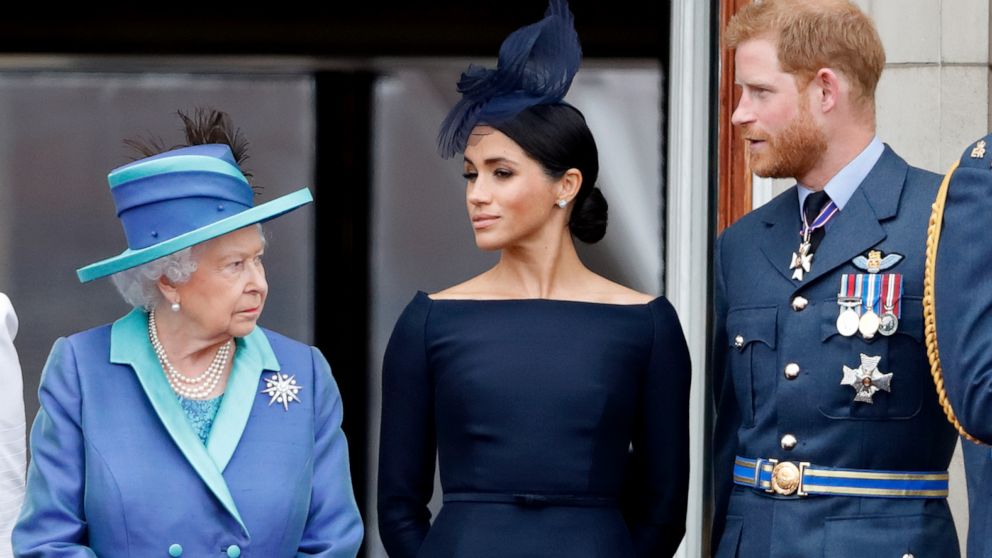 Max Mumby/indigo/Getty Images
Queen Elizabeth II, Meghan, Duchess of Sussex and Prince Harry, Duke of Sussex watch a flypast to mark the centenary of the Royal Air Force from the balcony of Buckingham Palace, July 10, 2018, in London.

Since the public announcement, Prince Charles, Prince Harry, Prince William and the queen have held conference calls, according to ABC News royal contributor Robert Jobson, and the queen has ordered palace aides to work with government representatives on a solution for the Sussexes’ future role.

The royal family members were reportedly blindsided by the announcement and the queen had asked the Duke and Duchess of Sussex to wait until the family had come to an agreement before going public.

Since then, all parties have been working together for a quick resolution, with palace sources saying “there is a genuine agreement and understanding” that any decision surrounding Meghan and Harry’s changing roles will take time to be implemented.