Star quarterback Patrick Mahomes led the Kansas City Chiefs to a thrilling come-from-behind Super Bowl victory in Miami and after 50 years, the team once again hoisted up the Vince Lombardi trophy.

The Chiefs were down 20-10 going into the fourth quarter against the 49ers, but managed to keep driving and scored three touchdowns in the final six minutes to defeat San Francisco 31-20. 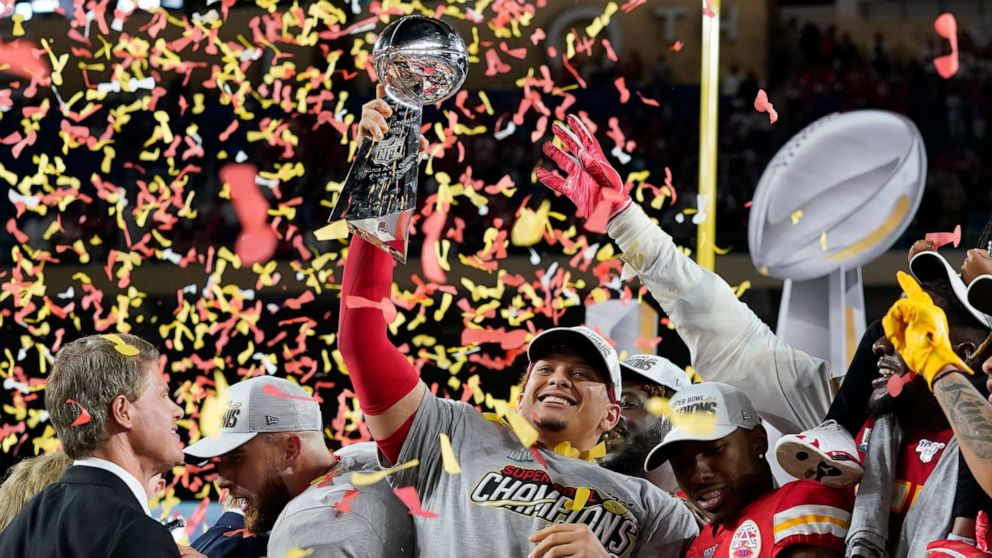 "It doesn't even feel real yet," running back Damien Williams, who scored on a 38-yard drive with less than two minutes remaining to seal their fate as NFL champs, told "Good Morning America."

Damien Williams with the dagger! #SBLIV

"I was trying to get past everything that was going on as far as flashing lights and just you know the moment of being in the Super Bowl and kind of just calm down," Williams said. "And we know who we are as a team and let's just go out there and be ourselves."

Williams said even when the team was behind, they never lost sight of the win.

"I’m going up and down the sidelines, talking to everybody, encouraging everybody, [telling them] 'we're not out of this,'" Williams said. "We've been through it all there's nothing that we haven't been through, everybody believes in one another let's go out here and let's get this win." 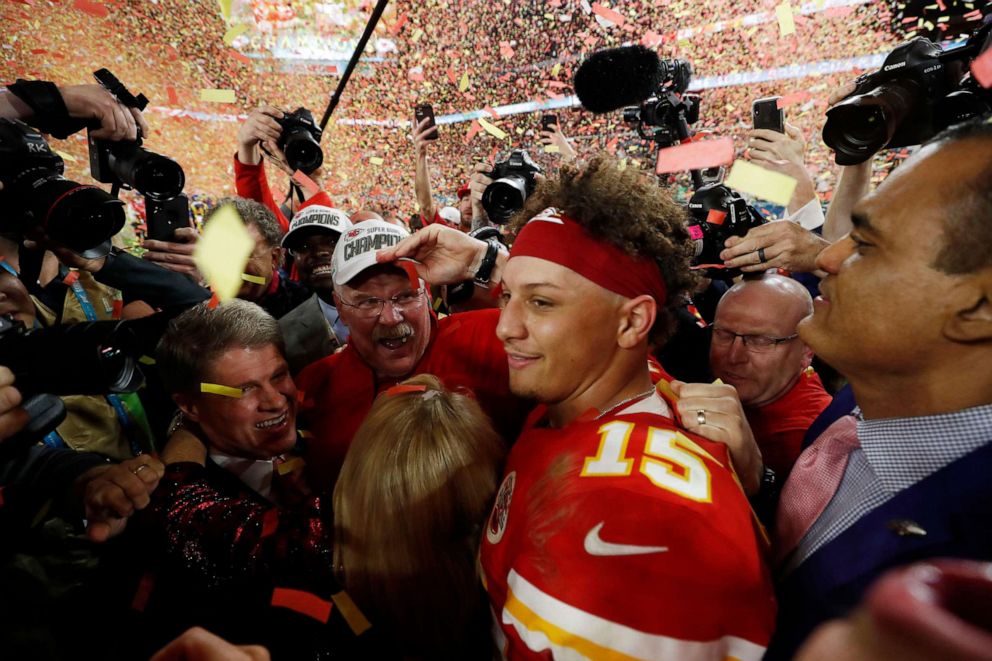 Andy Reid, the seventh winningest coach in league history, earned his long-awaited first Super Bowl ring and got a bright orange Gatorade shower to celebrate as the clock wound down.

"It feels great man," he told "GMA" moments after the victory.

"Everybody has respect for him -- at the end of the day you know he's having fun," Williams said. "He's a big kid in a candy shop right now."

The undrafted free agent who spent four seasons with the Miami Dolphins said he came to Kansas City with a chip on his shoulder that kept him motivated.

"I kinda kept that chip on my shoulder always being overlooked and not really minding, at the end of the day knowing that I'm gonna come out here and do my job," he said.

The team certainly did their job on Sunday night and, with the young quarterback in his third season at the helm, it was no surprise Mahomes took home the top title.

The 24-year-old who ran, passed and rallied his team to fight until the final moments against the San Francisco 49ers became the youngest player in NFL history to be named Super Bowl MVP.

"Hey we're coming home. It's gonna be amazing," he said after the game. "Everybody be out there for the parade. We're gonna bring the Lombardi home."