Alyssa Edwards has a secret: she wasn't always this confident being queer.

Before she served us pageant realness on Season 5 of "RuPaul's Drag Race" -- and later on Season 2 of "All Stars" -- Edwards was Justin Dwayne Lee Johnson, a self-conscious kid from Mesquite, Texas.

It was drag that helped Edwards find herself.

"I needed a creative outlet for myself so I invented this character, this Alyssa Edwards fantasy," she said. "I don't think I had an inkling of an idea as to what this character would blossom into."

Between performing as Alyssa, teaching dance at her highly competitive Beyond Belief Dance Company and filming the Netflix docuseries "Dancing Queen," the drag superstar found time to stop by "GMA" to spill the tea on her journey to fabulousness.

1. Don’t be afraid to explore.

Edwards had four words for this photo from her high school graduation: 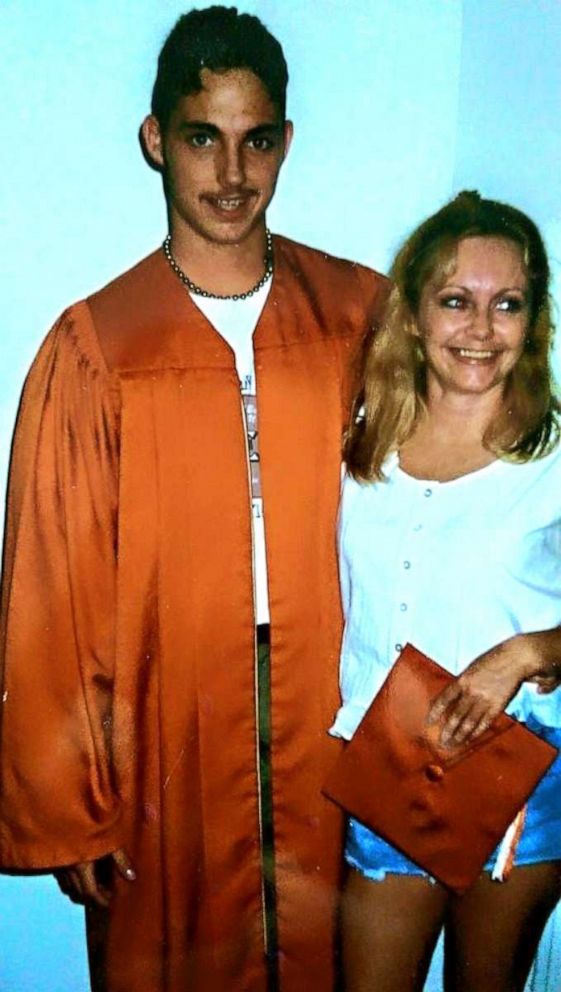 Edwards recalls the end of high school as a special time in her life during which she started to venture out and explore life beyond Mesquite.

"At this point I was just about ready to spread my wings and fly," she said. "This was when I blossomed."

Edwards got her drop-dead gorgeous looks from her mama, Sherrie Johnson.

"You can totally see my mom in me," exclaimed Edwards.

The "Drag Race" alum said she was a total mama's boy growing up.

"I'm holding my mom's hand, and I remember her dropping me off at college and we would still hold hands," said Edwards.

Edwards described her mother, who died in 2014, as her guardian angel.

"If my mother could see me now, oh, she can see me because she's in heaven watching down on me," Edwards said. " She would say everything you dreamed, you made reality."

3. You never know what lies ahead.

"I remember them putting that crown on my head and (in this photo) I see a dreamer, a fighter and a believer," said Edwards.

"If I could give 2006 Alyssa advice, it would be to buckle up because you have no idea what lies ahead."

4. Embrace your authentic self. 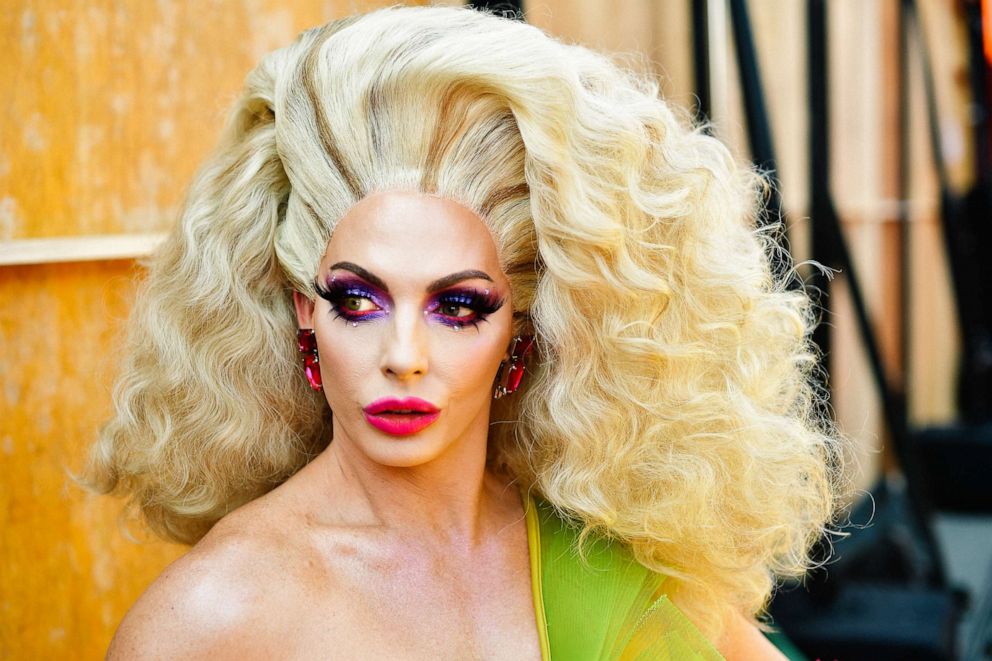 "I had no idea what I walking into," Edwards told "GMA." "I thought it was just going to be a big pageant with RuPaul as a judge but no, not at all."

Edwards describes her time on "Drag Race" as a journey to self-discovery.

"I remember seeing RuPaul in the movie 'To Wong Foo' and he came down in that rebel flag dress and I thought, 'What is this?' And I remember my mother telling me, 'That's a drag queen,'" Edwards recalled.

Edwards said meeting RuPaul was a true full circle moment for her.

It was thanks to drag that Edwards learned to be her unapologetic self that us "Drag Race" fans know and love. 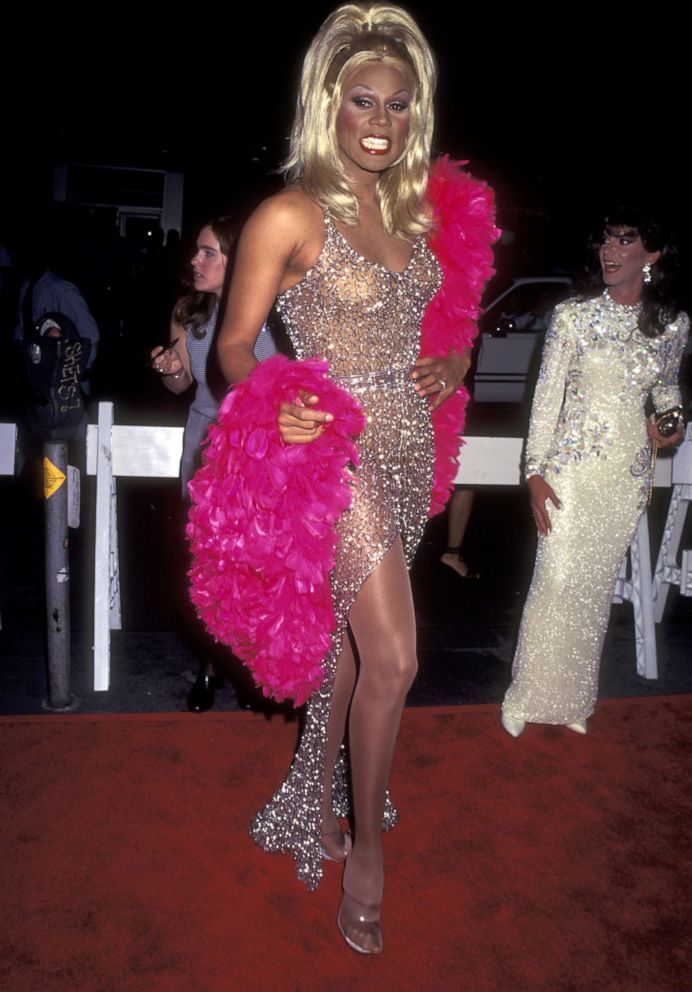 Ron Galella, Ltd./Ron Galella Collection via Getty, FILE
In this file photo, RuPaul is shown attending the "To Wong Foo Thanks for Everything, Julie Newmar" premiere on September 6, 1995, in New York.

"Look how happy I am," Edwards said about the photo of her and Ru. "Never lose that smile because that will be your key to the world."

"My first love was creating in the (dance) studio," Edwards said.

In fact, when she's not performing, Edwards can be found at the Mesquite studio.

"The greatest gift I've ever received is the gift of being a teacher, sharing my knowledge and my passion for dance with the youth of today and the future of tomorrow," she said. 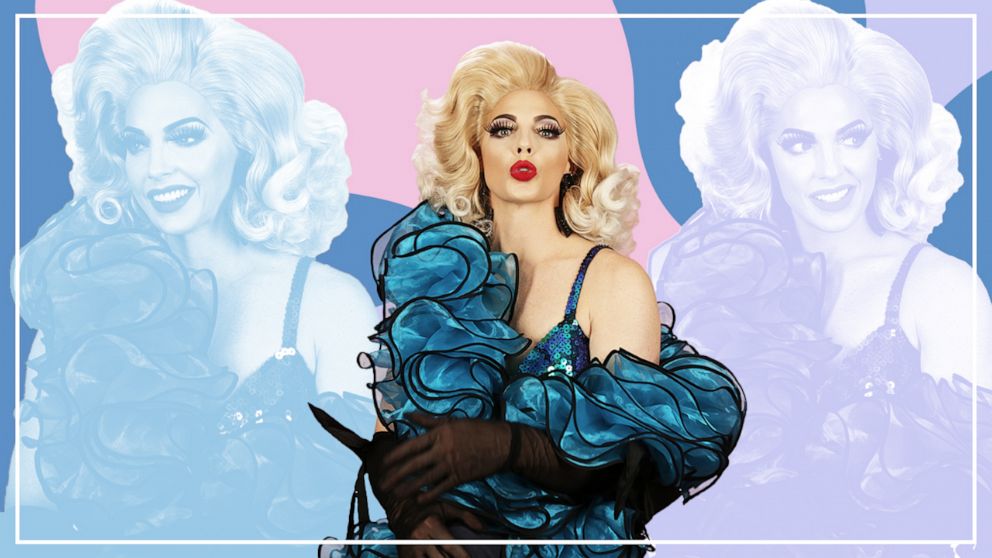 Edwards' Netflix docuseries follows her as she prepares her young students for an intensely competitive dance season.

"I think that what's so magical about my life, is that when your passion and your purpose collide ... I'm so very fortunate to say that that's my career."