Sarah Jessica Parker had a few magical guests by her side for the "Hocus Pocus 2" premiere.

The "Sex and the City" star brought along husband Matthew Broderick as well as the longtime couple's 13-year-old twin daughters, Tabitha Hodge Broderick and Loretta Elwell Broderick, on the red carpet for the Disney+ film's premiere Tuesday night at AMC Lincoln Square in New York City.

MORE: ‘Hocus Pocus 2’: Everything we know so far 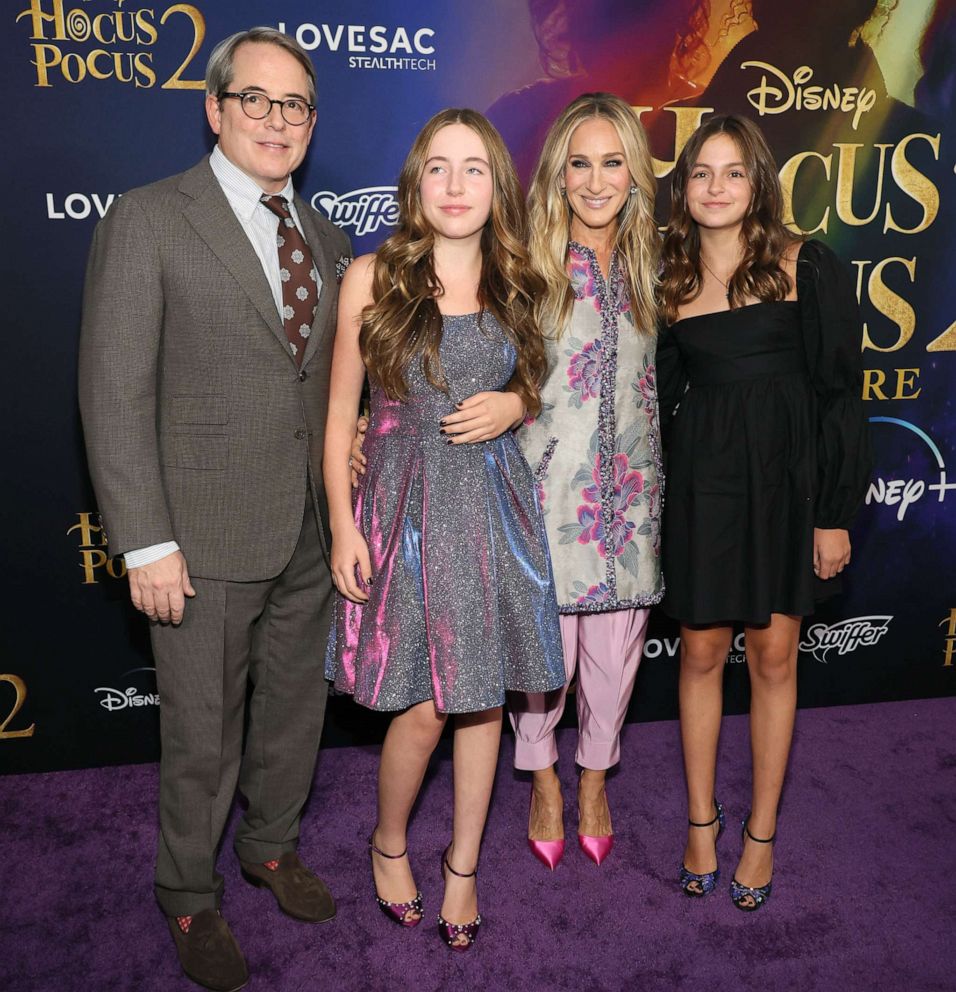 Parker, 57, wore a floral jacket paired with pink cropped pants and pink pumps for the event, while her daughters kept things simpler with Tabitha wearing a sparkly silver dress and Loretta wearing a black dress with billowy sleeves.

In addition to their twin daughters, Parker and Broderick -- who married in 1997 -- are also parents to their 19-year-old son, James Wilkie Broderick.

"Hocus Pocus 2" hits Disney+ on Sept. 30. The first "Hocus Pocus" film is currently available to stream on the platform.