With his hair pulled back in his signature ponytail, heavy leather bracelets gripping his wrist and double silver pendant chains hanging from his neck, Chris Perez is a mirror image of his 26-year-old self.

Twenty-five years ago, he rocked an almost identical look when he sat down to speak about his wife, Selena Quintanilla, who had been shot on March 31, 1995.

Quintanilla -- known as the Queen of Tejano, the top-selling Latin artist of the 1990s and a Grammy-winning superstar -- was making the transition from the Latin music scene to the English music scene, when her life was cut short. 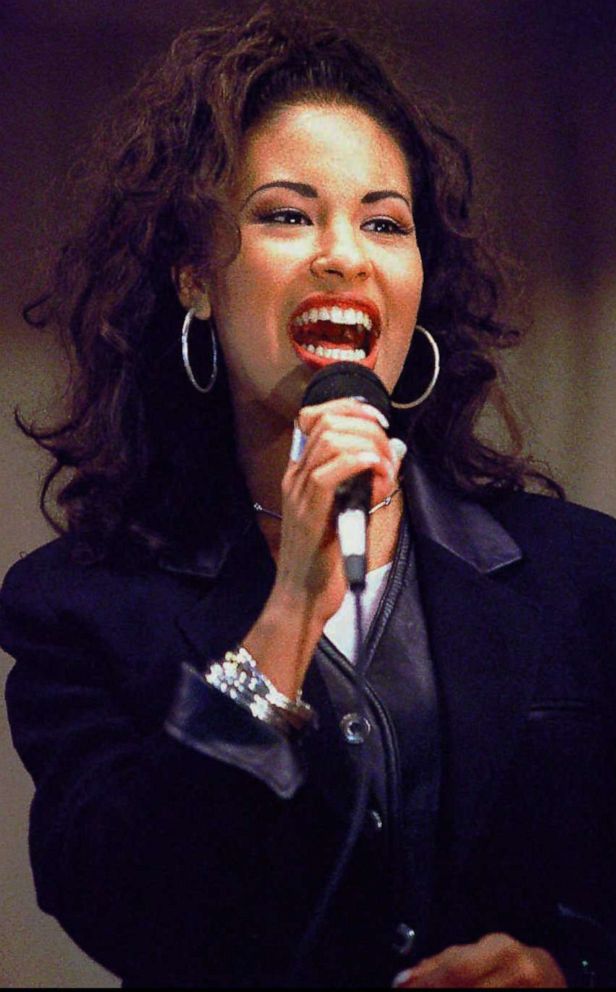 "What she's become, especially for... Latin culture and women, and just the positivity that she spoke about and displayed not only onstage but offstage... I believe it's her fans that have put her in the position that she's in these days," Perez told "Good Morning America."

"Out of everybody that I've known in my life, I don't know anybody more deserving than her."

Before the blockbuster biopic, the best-selling MAC Cosmetics collection and the many fashion and accessories collections with her image, Quintanilla was just a young Mexican-American girl from Corpus Christi, Texas, who loved to sing.

Her father, Abraham Quintanilla, noticed her talent and created the band Selena y Los Dinos, which included her older brother A.B. and her sister Suzette.

Although the band was successful, Quintanilla became the shining star as the lead singer. Still, her close-knit family remained very much involved in her eventual solo career. Perez caught her attention as a young guitarist and the pair eventually began a relationship.

"It happened on both sides," he said. "I tell that story about how she had asked A.B to ask me, like, 'What do I think about her?" Asked if it was love at first sight, Perez said yes and no.

"[I was] just trying to be responsible because I was getting really close to everybody in the band and we were working very well together at the time," he said. "I was never the type of guy that wanted to ruffle any feathers, cause any waves and whatnot. I just wanted everything to be cool." 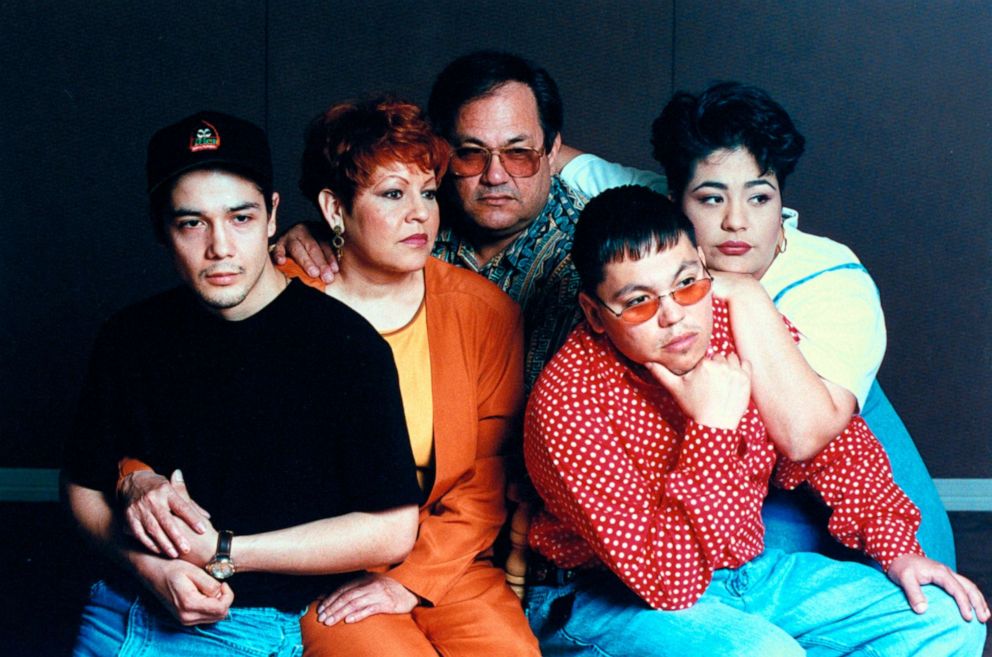 First as bandmates, then as friends, the two eventually started a relationship that led to an elopement in 1992, despite the fact that they didn't have her father's approval. After they became man and wife, however, the Tejano music singer's father eventually accepted the situation.

A year later, Quintanilla recorded her breakthrough album, "Entre a Mi Mundo." It was named the second best-selling regional Mexican album of all time by Billboard magazine and became the best-selling female Tejano record of all time.

"That's how powerful she was," said Perez. "There's a few things [that] could have gotten in the way, but I think because of who she was and how [how] she did things and carried herself, I almost feel like it was inevitable for her to just keep climbing."

"There was nothing that was gonna stop her," he added. "She had it."

And her success continued.

The year after the release of "Entre a Mi Mundo," she recorded her "Live!" album which won a Grammy Award for best Mexican/American album.

That award was history-making, as Quintanilla became the first Tejano musician to take home the honor.

A burgeoning fashionista who crafted her legendary bustiers, Quintanilla also took on the fashion world, opening two boutiques, both named Selena Etc., and was developing a fashion line.

And amid all of this success, Quintanilla decided to make one of the biggest transitions in her career: recording her first album in English.

"You know, we were all pushing for it to happen," Perez recalled. "Her family, they worked really hard."

Learning of his wife's death made Perez want to forget everything

Sadly, before Quintanilla could make the crossover to mainstream U.S. radio, she was shot by Yolanda Saldívar, the former manager of her boutiques and president of her fan club.

Saldivar had been suspected of embezzling money from Quintanilla, and the singer met with her at a motel to confront her about the allegations. During the exchange, Saldivar took out a gun and pointed it at the superstar. As Quintanilla tried to flee, Saldívar shot her once. The singer died from her injuries later that day, at the hospital, before Perez could see her.

Saldívar was convicted of first-degree murder and is currently serving a life sentence in prison. She will be eligible for parole in 2025.

"No matter what, you could have thrown anything in front of her, and she would have been OK," said Perez of his late wife. "And on that note, March 31st of '95, I didn't know all the details, going to the hospital with my dad that day."

"Because of that I was already preparing my speech in my mind to get after her for having gone to this place without letting me know, until I walked through the doors and they told me what they told me," he continued. "It's just unbelievable."

Learning of his wife's death was one of the most painful moments of his life, he said.

"As far as that day goes I mean, for me, I wish I had amnesia for that day," Perez said. "I wish I could go from the night before, which was amazing, to... I don't even know." 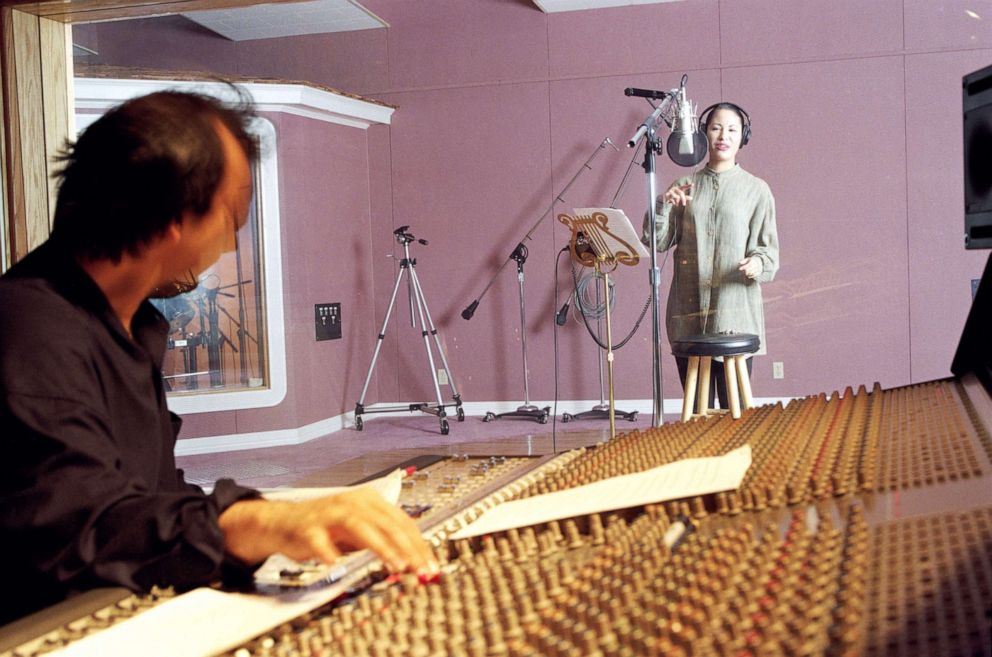 Paul S. Howell/Houston Chronicle via AP, FILE
Selena records the vocals for "Dreaming of You" in studio in Corpus Christi, Texas on March 7, 1995. The song was to be included on her first album in English.

The next few days were a blur, Perez said, but eventually, he and Quintanilla's family found the strength to finish her English album, "Dreaming of You." It was released posthumously, on July 18, 1995, and became the fastest-selling album by a female in pop history, peaking at No. 1 on the Billboard pop chart.

"For me, one of the hardest things to do was to show up and continue recording on that after she was gone," Perez said. "[But] seeing it kind of take off the ground -- and then, OK, the work was worth it."

"I feel like the way the fans have treated all things Selena, the album as well, it's been for me, it's helped me a lot," he added. "She's still out there, inspiring people."

Today, Perez is still making music and remains in touch with Quintanilla's family. He worked with her brother, A.B, in his Kumbia Kings and Kumbia All Starz group, and praised her sister, Suzette, for spearheading the MAC cosmetic lines.

"She knew Selena better than anyone else," he noted. Perez also started a hot sauce brand with his business partner John Gomez, as an homage to a famous scene in the Quintanilla biopic.

His late wife, he explained, remains an important part of his life, but he has also learned to cope with the circumstances surrounding her death. "Since then, I'm in control of when I want to open up that box of memories," he said. 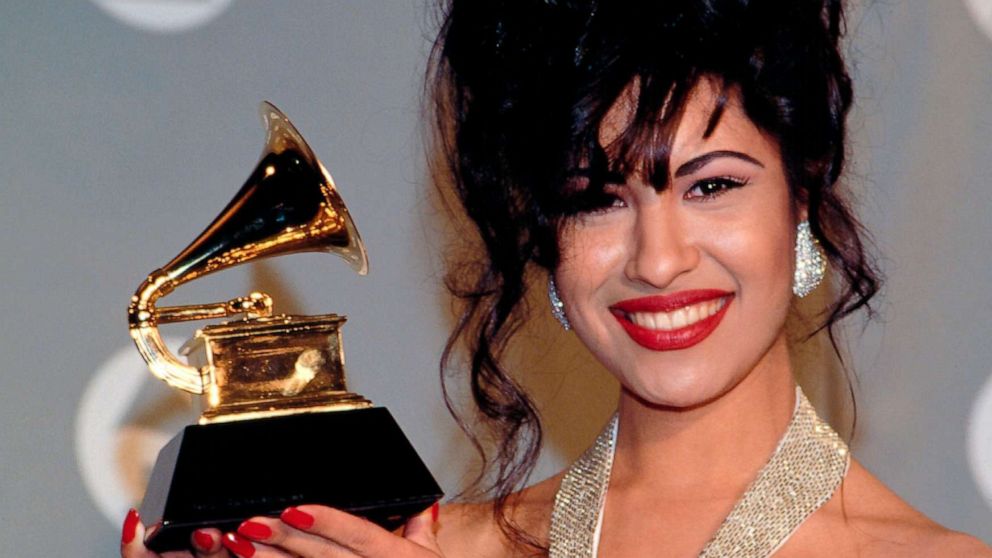 Larry Busacca /Retna via AP, FILE
Selena Quintanilla-Perez poses with her award for Best Mexican-American Album in the pressroom of the 36th Annual Grammy Awards in New York, March 2, 1994.

And although the hurt is still felt, 25 years later, Quintanilla and her legacy are still celebrated. "It was just weird times, and thankfully I don't feel like we're in those times anymore," Perez said. "All this time has passed and she's still growing. The story keeps getting passed from generation to generation, which is amazing to me."