Blair, 46, stood out among Hollywood’s biggest names at the annual Oscar night event wearing a multi-colored chiffon gown and cape by Ralph & Russo.

The “Cruel Intentions” star made an even more powerful impression though with her cane that was customized with her monogram and a pink diamond. 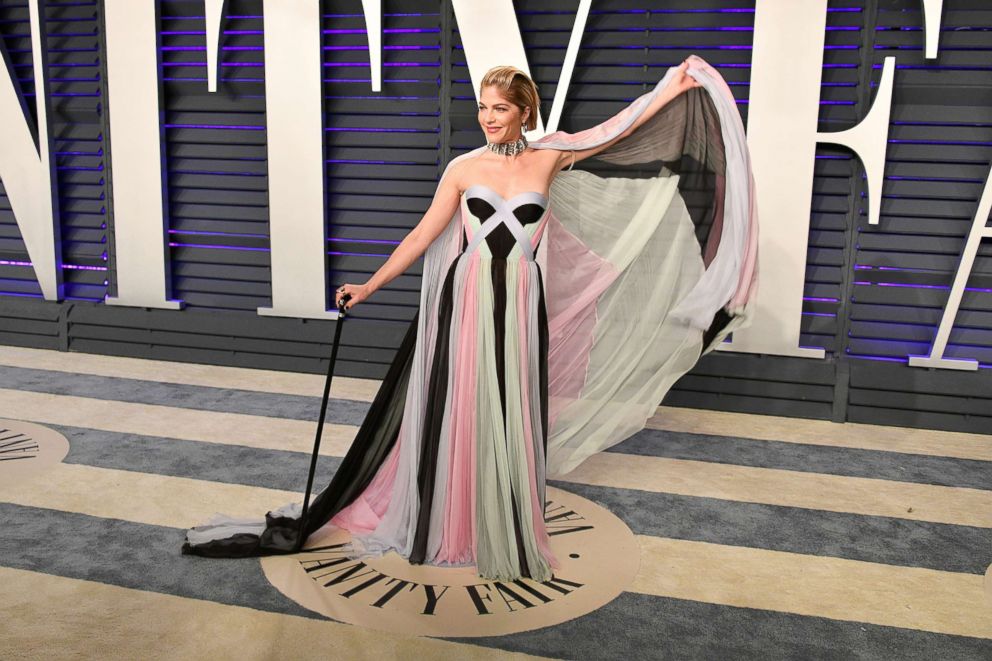 Blair wrote in an Instagram caption that she “wanted a special cane” for the Vanity Fair dinner.

(MORE: Selma Blair reveals she cried with relief at MS diagnosis after being 'not taken seriously' by doctors)

“So... @lyon_hearted went out and found patent leather and @bic_owen and he stitched it on. Hours of love put in,” she wrote. “And then #tombachick made it especially magical. I burst into tears. These gifts to get me through. #subtle #chic#love. I can’t thank these three enough. There are angels."

Blair has posted openly about her health struggles and successes on social media since revealing she has multiple sclerosis.

She opened up in a candid Instagram post in January about the often overlooked realities and struggles of living with multiple sclerosis, writing, "I choke with the pain of what I have lost and what I dare hope for."

"There is a truth with neurogedenerative brain disease," she captioned her post, which showed her lying in bed holding a teddy bear she said once belonged to her sister. "It is uncomfortable. It is a stadium of uncontrollable anxiety at times. Going out, being sociable holds a heavy price. My brain is on fire. I am freezing."

Blair has also shared photos of herself using her cane.