After an incredible run at the U.S. Open, Serena Williams' professional career most likely ended Friday after losing to #46 Ajla Tomljanovic who defeated her 7-5, 6-7(4), 6-1.

The 23 time champion took a professional bow on the same court she won her first grand slam tournament in 1999 and from here she "evolves" to the next chapter of her career. Williams departs the sport having won the most Grand Slam titles in the open era and will go down as the greatest of all time.

The icon who transcended the sport changed the face of tennis - both on the court and in the seats. 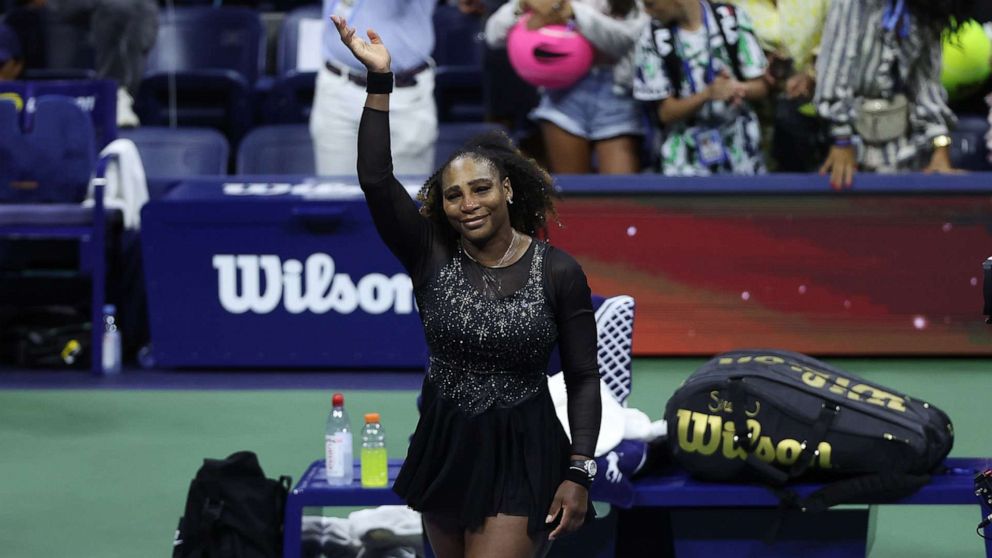 Matthew Stockman/Getty Images
Serena Williams of the United States thanks the fans after being defeated by Ajla Tomlijanovic of Australia during their Women's Singles Third Round match on Day Five of the 2022 US Open at USTA Billie Jean King National Tennis Center on Sept. 2, 2022, in New York.
MORE: Serena Williams, Venus Williams walk off court in likely last doubles match together

The crowd's support for Williams - which during this open was slightly different than many in recent years - cheered every point as if it were a championship point and every fault from an opponent much to the dismay of that player.

A couple nights ago, Williams said, "I'm from Compton California and I made it." Made it she certainly did.

Williams, basking in the moment, took a chance to thank her family, team and fans as she likely closed out her professional career in an on court interview. “It all started with my parents. And they deserve everything. So I'm really grateful for them,” she said.

"These are happy tears," she said as she cried, adding "I'm so grateful."

Would she reconsider that retirement talk: "I'm literally playing my way into this and getting better. I should have started sooner this year. I don't think so, but you never know. I don't know," Williams said. 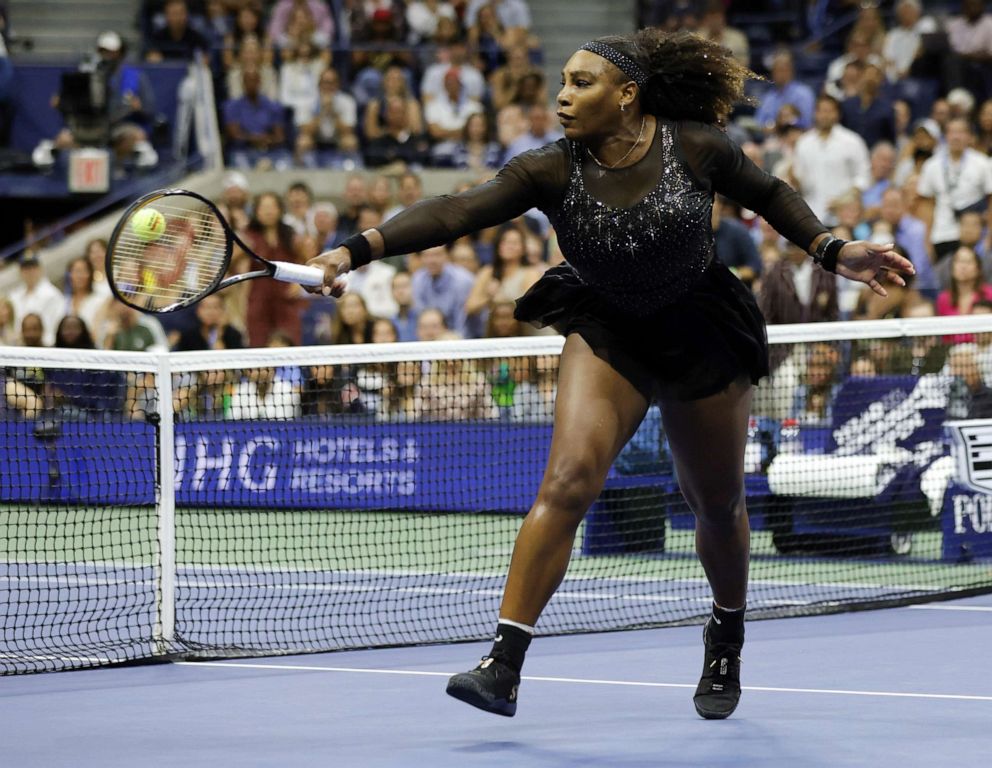 Jason Szenes/EPA via Shutterstock
Serena Williams of the United States in action against Ajla Tomljanovic of Australia, during the third round at the US Open Tennis Championships at the USTA National Tennis Center in Flushing Meadows, New York, on Sept. 2, 2022.

How is Williams spending her first day post professional career - resting and probably some karaoke.

In the final post match presser of her professional steer, she said she looked forward to being with her daughter Olympia. "Yeah, it's been really hard on her, my career. So it will be, you know, nice just to do that and spend some time with her, do things that I never really have done or had an opportunity to do."

Could we see Williams on court - the door seems to be shut but not sealed.

"I don't know. I'm not thinking about that. I always did love Australia, though…Clearly I'm still capable. It takes a lot more than that. I'm ready to, like, be a mom, explore a different version of Serena," Williams said.

As she closes out her career, the champ says that she hopes to be remembered for her impact on the sport.

"I'm such a fighter…I feel like I really brought something, and bring something, to tennis. The different looks, the fist pumps, the just crazy intensity. I think that obviously the passion I think is a really good word," she said. "I just honestly am so grateful that I had this moment and that I'm Serena."