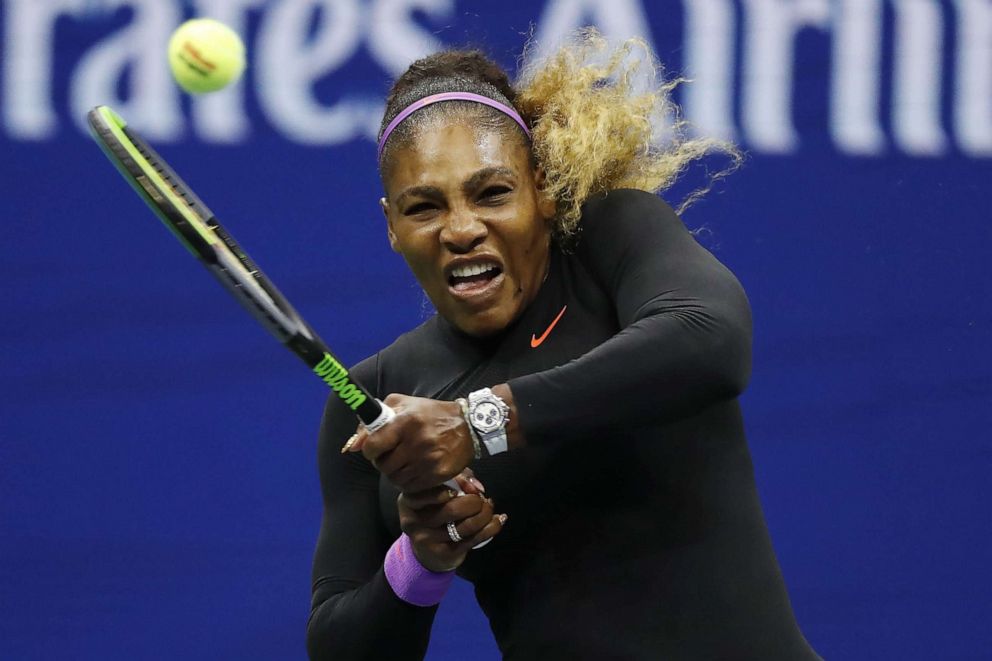 John G Mabanglo/EPA via Shutterstock
Serena Williams during the quarter-finals round match on the ninth day of the US Open Tennis Championships the USTA National Tennis Center in Flushing Meadows, N.Y., Sept. 3, 2019.
(MORE: The new technology US Tennis hopes will make the next American champions)

Now, the tennis legend has just two matches left between her and a seventh U.S. Open singles championship title. 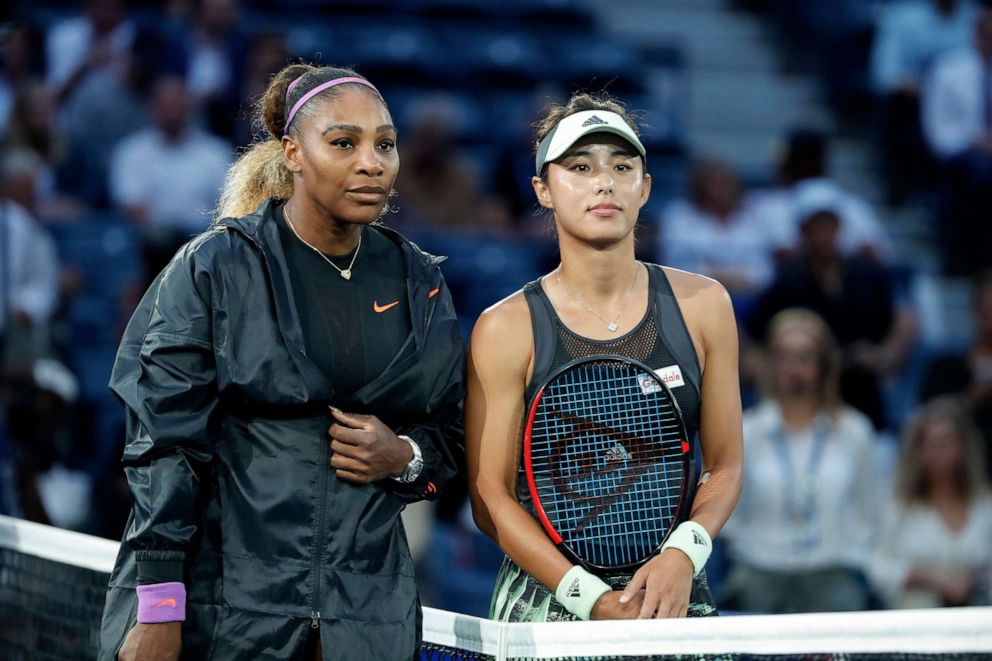 Li Muzi/Xinhua/Newscom
Qiang Wang, right, poses for a photo with Serena Williams before the women's singles quarterfinal match at the 2019 US Open in New York, Sept. 3, 2019.

Williams is also the last American -- woman or man -- standing in Flushing Meadows in hopes of taking home the fourth and final Grand Slam title of the season. 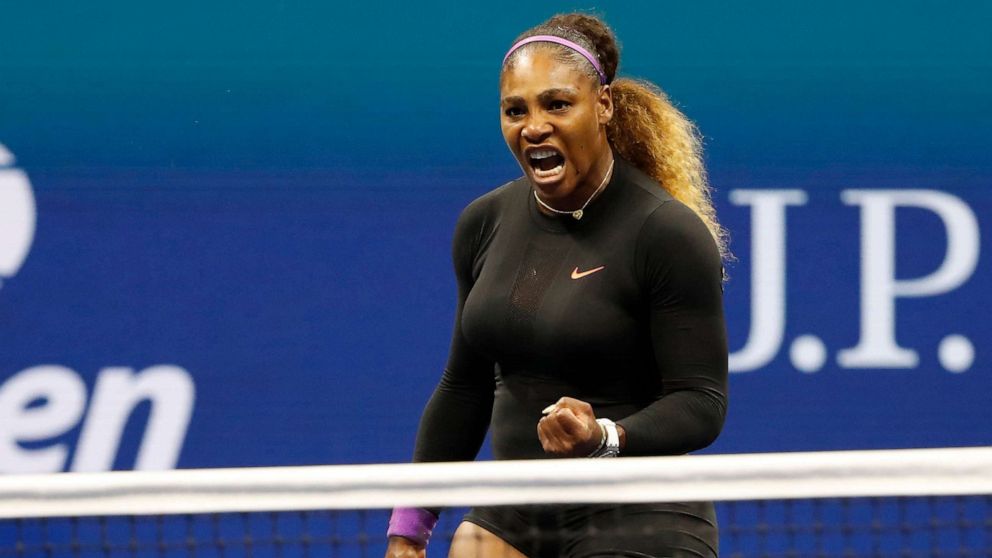 Williams' last U.S. Open title came in 2014, but she has made it to at least the semifinal round at every U.S. Open she has played since 2007.

The electric atmosphere continued for the men's match, where unseeded Bulgarian Grigor Dimitrov battled and defeated Roger Federer in five sets to close out the evening.