Actress Shannen Doherty said she kept her stage 4 breast cancer diagnosis a secret from the public for the past year because she wanted to keep her life as normal as possible, and keep working in Hollywood.

"[People] look at you like you're, you know, dead man walking basically and that they need to say their goodbyes to you or something," Doherty told ABC News' Amy Robach in an interview that aired Wednesday on "Good Morning America." "Work dries up which was a really big decision for me also." 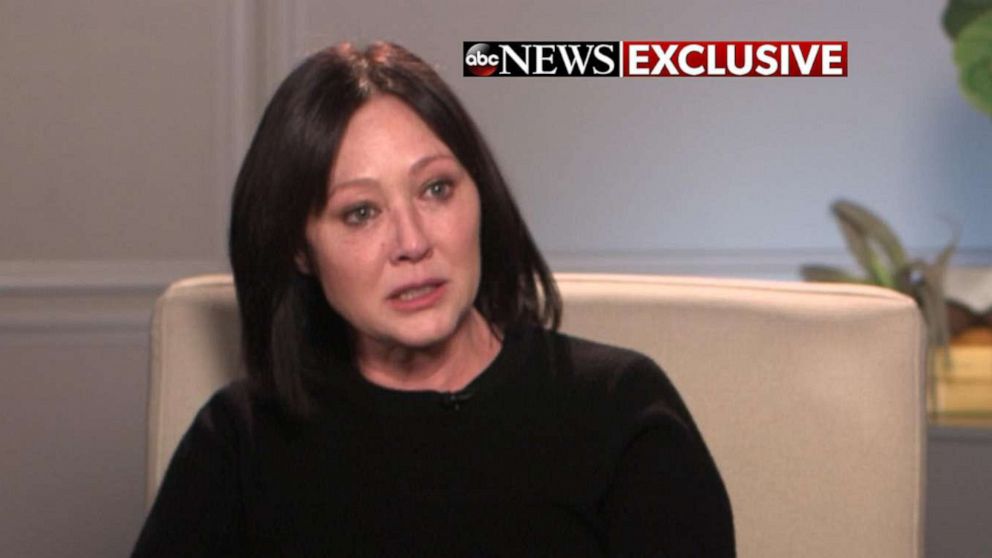 The "Beverly Hills 90210" actress was first diagnosed with breast cancer in 2015. She underwent treatment which included chemo, radiation and surgery and announced in 2018 that she was in remission.

Doherty went public with her first diagnosis and documented much of her treatment journey on social media.

She said she is still not sure how much of her current battle with stage 4 metastatic breast cancer she will share publicly.

"I don't know. I don't know. I also don't wanna be a bummer," she said, with a laugh. "Yes I want to be positive and yes I want to be a beacon of light for other people or at least somebody that people can relate to and that we can have an honest conversation and talk about how hard it is."

"I do want to be raw and honest about it," Doherty said.

MORE: Shannen Doherty shares she has stage 4 breast cancer: 'I'd rather people hear it from me'

The actress revealed it was "odd aches" that ultimately led to her second breast cancer diagnosis. She described accepting that she now faced a second fight with breast cancer as "hard."

"I started feeling some very odd aches so I called my oncologist and he said, "All right, let's, you know, let's just get you in,'" Doherty recalled. "I think in the back of your head you are always suspecting that this is going to happen because you do hear of a lot of cases of women having re-occurrences."

Breast cancer is the most common cancer in women in the U.S., according to the U.S. Centers for Disease Control and Prevention (CDC).

Breast cancer survivors face the highest risk of recurrence during the first two years after treatment. The type of cancer that Doherty has, metastatic breast cancer, occurs when the cancer has spread beyond the breasts, according to Johns Hopkins Medicine (JHM), a Maryland-based hospital system.

The most common sites of metastasis with breast cancer are the brain, bones, lung and liver, according to ABC News chief medical correspondent Dr. Jennifer Ashton.

Metastatic breast cancer is not curable and is instead managed as a chronic disease, according to Ashton.

"You're still taking care of the patient and the patient is still fighting," she said Wednesday on "GMA." "Every patient, every person will have their own experience and there is always, always reason for hope."

Doherty has not revealed details of her treatment. She said she is focused now on living her life to its fullest and encouraging other breast cancer patients to do the same.

"Our life doesn't end the minute we get that diagnosis," she said. "We still have some living to do."