She first won America's heart as Brenda Walsh. Now, Shannen Doherty is reprising her role in a highly-anticipated reboot of "Beverly Hills 90210."

Doherty stopped by "Good Morning America" Monday where she opened up about her return on the teen drama after the death of her former co-star Luke Perry.

"I just felt like we created so much together on '90210,' our characters and our relationship, that love between the two of us...it felt like the right thing to go back and do a show that I know meant so much to him," Doherty said.

"It was surreal, all of us together again and sort of realizing that you're missing a key component, you're missing some heart," she added. "Luke was all heart and all humility and beauty and grace and humor and just grounding, earthy human being. So, he was missed sorely for sure." 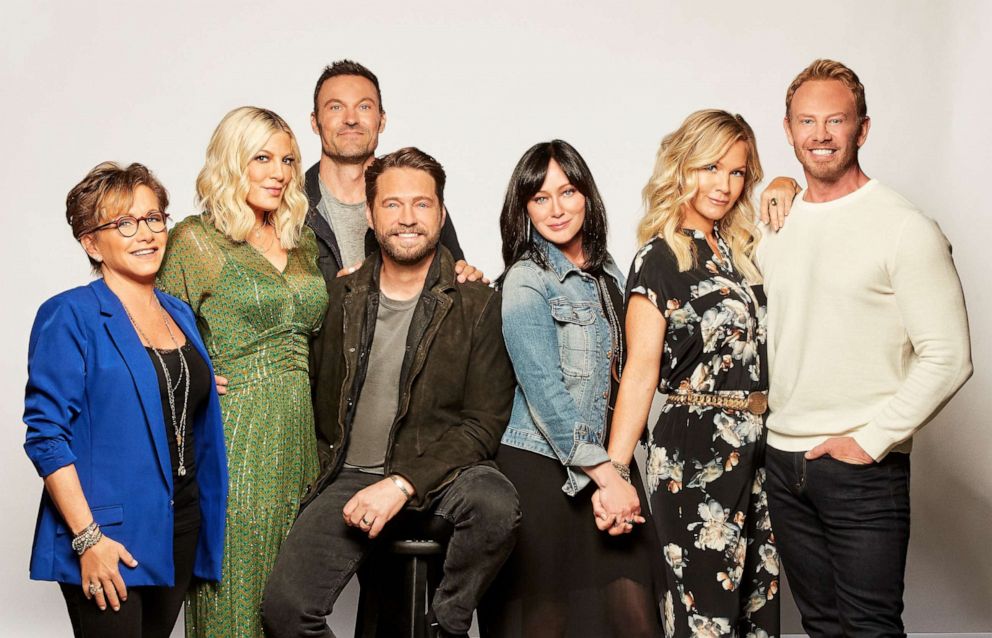 Doherty last appeared on "GMA" in September when she opened up about being in remission after a battle with breast cancer. She was diagnosed in 2015 and underwent treatment which included chemo, radiation and surgery, documenting part of her experience on Instagram.

Editor's Picks
(MORE: 'One Tree Hill' superfans get the proposal of their dreams with help from the show's stars)

"I'm doing good," she told "GMA" Monday. "It's a roller coaster and some days you're up, some days you're down but I think the most important thing is that you always go, 'I'm alive' and I'm so blessed and I'm so grateful for every single second that I'm here."

Doherty agreed that the show has stood the test of time.

Doherty went on, "I think the fact that 90210 back in the 90's was kind of cutting-edge, but it also came to everybody's living rooms and you were all able to feel for at least one of the characters, parents were able to talk to their kids about certain issues because we brought them up on 90210 and really grew up with those characters."

In addition to "90210," Doherty will also be paying tribute to Perry with a guest appearance on the show "Riverdale," which he starred in.

"I can tell you that I read the script and I bawled my eyes out," she said. "I'm so beyond honored that they asked me to do this and Luke had been wanting me to join 'Riverdale' for a really long time. It's a beautiful episode that is nothing but a tribute to his character and to Luke himself."