By Carson Blackwelder
Video by Alex Gilbeaux, Brittany Berkowitz
Share —
Sign up for our newsletters to get GMA delivered to your inbox every morning!

"Abbott Elementary" earned all A's on its report card for its freshman season as the buzziest sitcom of the year and scored seven nominations at the 2022 Emmys.

Among the nominees was acting legend Sheryl Lee Ralph, who was nominated for outstanding supporting actress in a comedy series for her role as kindergarten teacher Barbara Howard -- a character Ralph told "Good Morning America" holds a special place in her heart.

She continued, "I mean, you gotta love a woman who can clutch her pearls."

1:00
Ralph was nominated for outstanding supporting actress in a comedy series for her role as Barbara Howard on ABC’s “Abbot Elementary.”

After decades in show business, Ralph said being a first-time Emmy nominee feels like "redemption" and "vindication."

The recognition comes exactly 40 years after Ralph was nominated for a Tony for her role as Deena Jones in the Broadway musical "Dreamgirls," in which she starred alongside Jennifer Holliday and Loretta Devine.

"Some people get to see and connect the dots from where they've come from to where they are, and I'm one of those people," she said. "I look at my journey and I think it has been a good one."

Ralph said her perseverance in the entertainment industry is "the perfect example of don't give up."

"Don't give up on you, don't give up on your dreams. Have faith in you and carry on, because just because you didn't make it then doesn't mean you won't make it in the future," she said. "What if I had given up? I wouldn't be right here where I am, standing in my joy and talking to you."

Just as she was up for a Tony against her co-star Holliday in 1982, Ralph is nominated for an Emmy this year alongside her "Abbott Elementary" castmate Janelle James, who plays school principal Ava Coleman. If James does win over Ralph like Holliday did, Ralph said it's fine by her.

"I've stood the test of time. I've had an incredible career. There are people … who look at me and say, 'Mrs. Ralph, how can I do this? How are you doing this? How have you lasted?" she said. "All I can tell them is I believe in me. I love me. I encourage me." 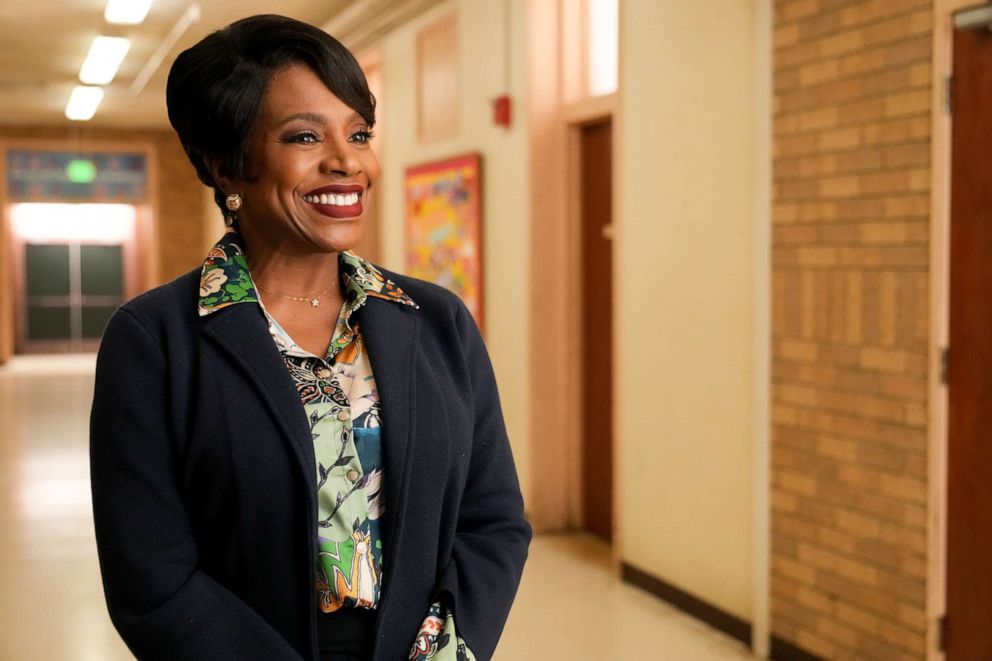 Ralph said the show, which returns for season 2 on Sept. 21, connects with audiences because it came at the perfect time "in so many ways," having premiered as doors were opening from the COVID-19 pandemic and "people needed a release of laughter."

"We were able to give that to them, and also invite them into a world that they knew about but they didn't really know about, you know?" she said. "The world of education, the world of challenged schools across this country -- especially in urban cities -- and what is the daily burden of teachers everywhere."

She added that she is "happy that here we are now, when we're able to get into the real nitty-gritty of some things and talk about it."

One of those things on Ralph's mind these days is the "exodus of teachers" nationwide and "people leaving the education profession."

Ralph's passion for education and supporting teachers is a personal one for her, as her own father, Stanley Ralph, was "every kind of educator" -- including a music teacher, an assistant principal, a principal, a professor and a dean.

1:00
Sheryl Lee Ralph is nominated for her first Emmy for her performance as Barbara Howard in "Abbott Elementary," and wants to thank a special teacher for helping her achieve her dreams.

A life lesson he instilled in her, she recalled, was the importance of thinking.

"My dad always really thought that thinking was important, that if people took time to stop and think we might solve more of the world's problems," Ralph said.

Class is back in session when "Abbott Elementary" returns to ABC for season 2 on Sept. 21.