Iconic Las Vegas entertainers Siegfried and Roy, best known for their glamorous spectacle with white lions and white tigers, opened up for the first time in over a decade after an on-stage incident ended their show in 2003 and almost ended Roy's life.

ABC News sat down for an exclusive interview with the German duo while the pair were in Las Vegas before a reunion with over 150 cast members from their show dating back to the early '80s. In their interview, they addressed a trainer's allegations that Horn's actions led to a tiger grabbing Horn by the neck. 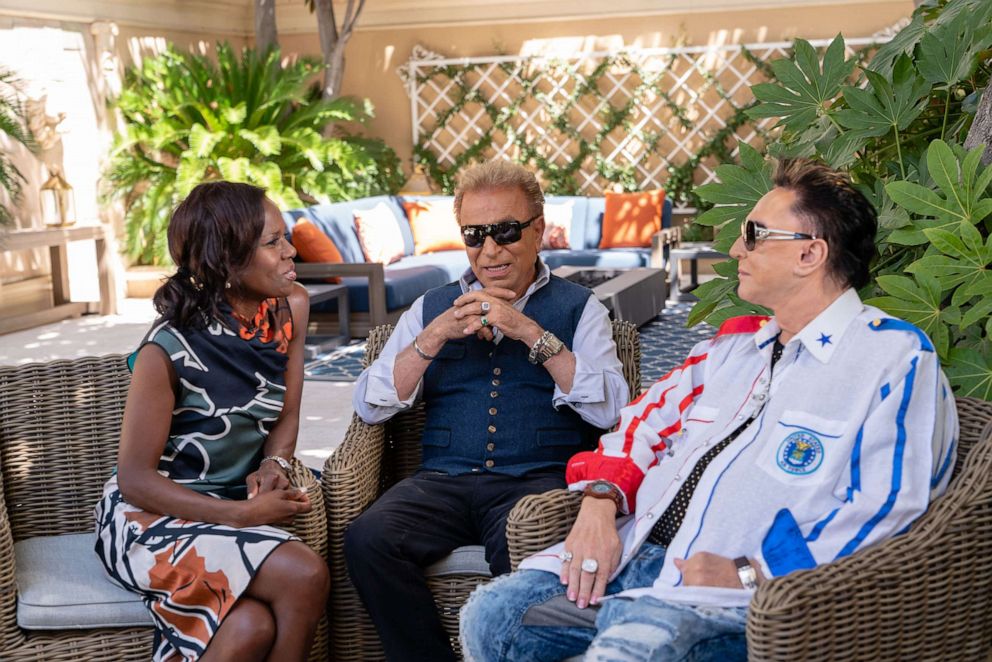 Siegfried Fischbacher and Roy Horn were a smash success on the Las Vegas strip at the Mirage hotel.

"First of all, we have been a very good team, Siegfried and Roy," Siegfried said. "And the way how it always worked was we challenged each other."

The pair became one of the top grossing acts on the Strip for more than a decade. Siegfried and Roy were masters of magic who shared a stage with some of the rarest and most beautiful animals, and, Siegfried told ABC, there had been no incidents with them -- until 2003.

"Only that one. And that was an accident," Siegfried said.

(MORE: Zookeeper on the mend after tiger attack at Kansas zoo)

On Oct. 3, 2003, which was also Roy's 59th birthday, the audience was packed when Mantacore, a 400-pound, 7-foot-long Siberian tiger, pounced and dragged Roy offstage by the neck. The incident instantly ended the show's run.

Siegfried told ABC he doesn't think "that much" about the incident anymore, saying it was "an accident" rather than an "attack." 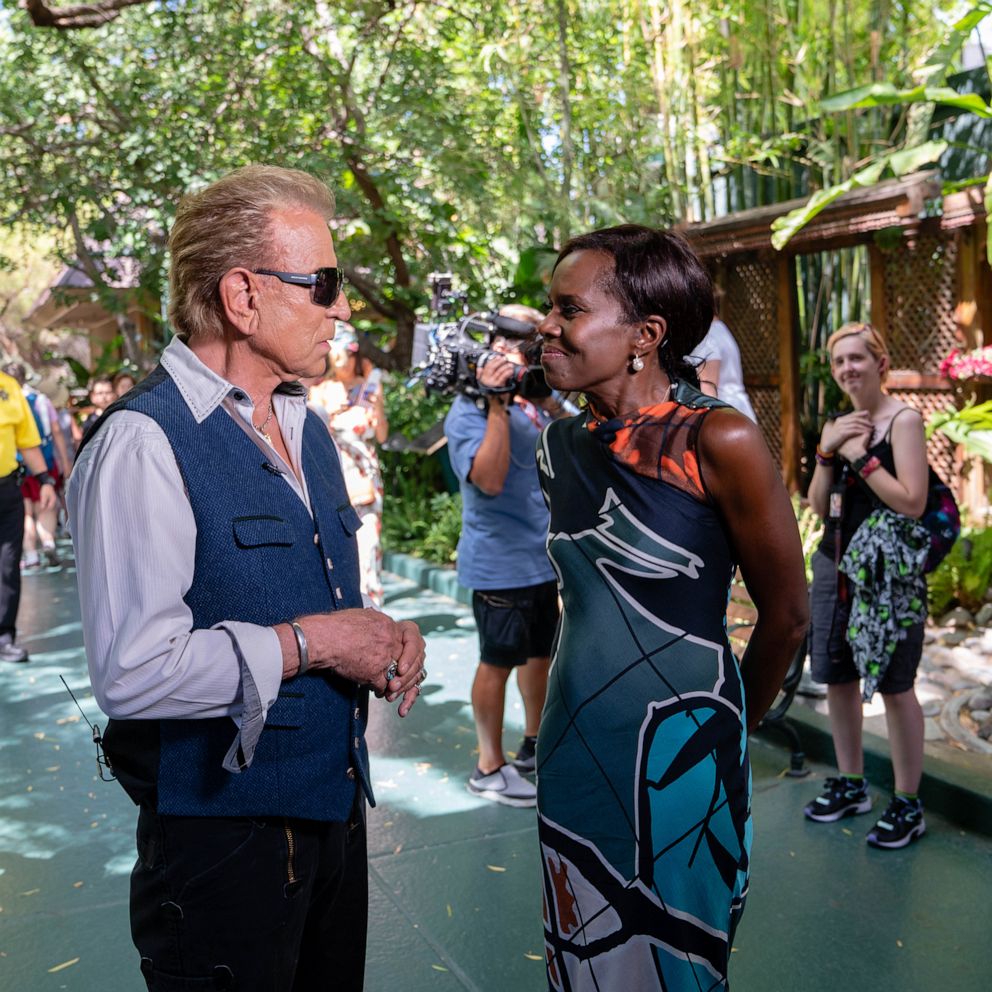 As the two performers tell it, Roy had a stroke on stage, which prompted Mantacore to lunge, in a nearly fatal attempt to help. Mantacore was waiting to jump up onto Horn's shoulder to get a treat, and he told the tiger "no" repeatedly.

"Then Mantacore went on top of him. And he looked around," Siegfried recalled of the tiger, who he said appeared to not understand what was going on. It was then that Mantacore grabbed Roy and took him offstage.

The Las Vegas headliner was near death, and Siegfried became emotional talking to ABC about seeing his partner in the hospital.

Now, one of the onstage trainers from that fateful night has disputed some of the details. Chris Lawrence, who said he now suffers from post-traumatic stress disorder (PTSD) after the incident, gave his account to the Hollywood Reporter in March saying that mistakes triggered the tiger.

"Instead of walking Mantacore in a circle, as is usually done, he just used his arm to steer him right back into his body," the statement said. "By Roy not following the correct procedure, it fed into confusion and rebellion."

He also claimed Roy had a "diminishing relationship with Mantacore" that "was a key factor in the attack."

But Siegfried maintained that Roy collapsed even before this happened and that Mantacore was "of course" just trying to help him offstage. He said he has "no idea" why Lawrence is coming forward now with this story, adding, "He had problems with his life anyway." 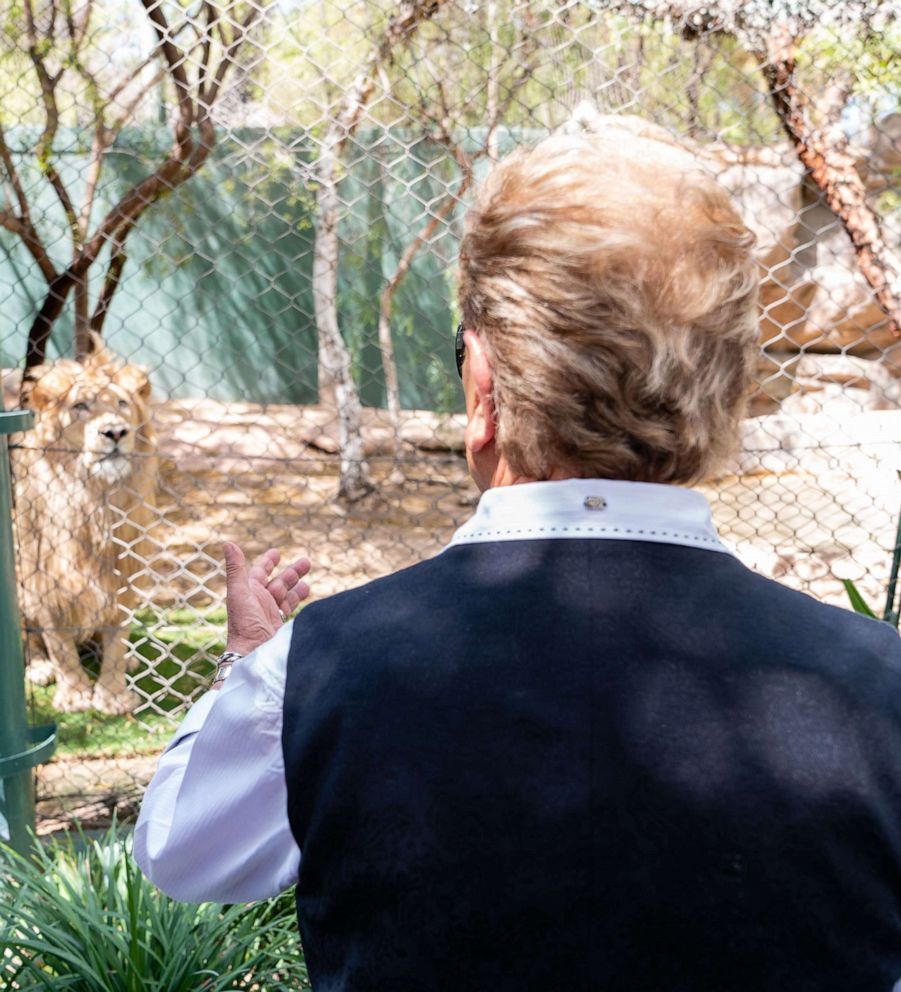 While it's impossible to know what Mantacore was thinking that night, the performers have made peace with the inicdent and still continue to greet fans at the secret garden, a complex on the grounds of the Mirage hotel where visitors can see lions and tigers.

"I really don't miss it," Siegfried said. "We have been on stage in Vegas just by themselves for 40 years on stage, you know? And we had the most successful show in the history of Las Vegas anyway."

Roy has continued to work on his recovery and told ABC News he has "no" reluctance with the tigers after the accident. The famed entertainer added that he is "very" content and happy.