Simone Biles is off to Tokyo!

The 4-time Olympic Gold medalist left for the 2021 Olympics Wednesday with the rest of Team USA and before jetting off, Biles sat down with "GMA's" Kaylee Hartung for her last one-on-one interview before the competition at United Airlines' send off event for the team.

"It means the world to me. I did it in 2016 at various time for World Championships, so to have another opportunity, it's just amazing," Biles told "Good Morning America" about representing the U.S. for a second time at the Summer Games. 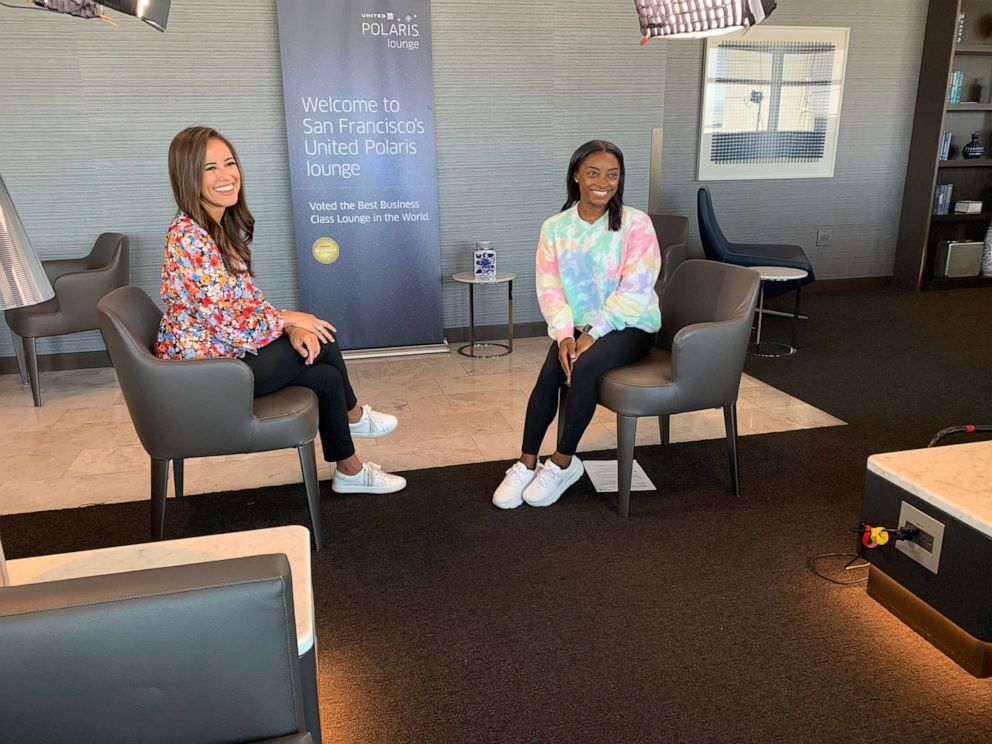 However, this year will be different for Biles and many athletes coming back to the Olympics to take home the gold or reclaim their titles.

With many COVID protocols in place, there will be no spectators in the stands to feed off energy from during the games and athletes will have to follow a set of rules to prevent the spread of COVID-19.

"We've had a lot of calls because COVID protocols will be different for an Olympic Games, as we've seen in previous seasons of all different sports so far this year," Biles said. "As for the crowd, that'll be super weird because it'll kind of be like training. We've never done that as well either. So it'll be a different experience, but we're ready for whatever they throw at us."

For Biles, participating in the 2021 Olympic Games means competing and traveling solo for the first time without her family cheering her on in the stands.

"I honestly have never done a competition without my parents there, so I'm a little bit nervous, but I know they'll be there in spirit," she said. "My mom is like, 'Please FaceTime me before.' So I'm sure she'll be calling me as we get ready because they'll be up already and ready to watch."

Though her parents won't be there with her in Tokyo, Biles is in good company of her teammates, Sunisa Lee, 18, Grace McCallum, 18, MyKayla Skinner, 24, Jade Carey, 21, and Jordan Chiles, 20, who Biles has become close with over the past year.

"She's doing so amazing right now," said Biles about Chiles. "She's like my little sister, so I'm really proud. I'm excited for her and I think she deserves this. People are finally seeing what she's capable of."

At 24 years old, Biles is attempting to become the first woman to win consecutive Olympic titles in more than 50 years. It's a challenge she almost didn't take on due to the ups and downs of 2020 overall and the uncertainty about competing.

"At the end of the day, it was the uncertainty. We knew that the games were postponed -- we didn't know for how long," said Biles. When she was given the news about how long the games were going to be postponed for, she thought about taking time off. "Mentally and physically -- it's just so draining and we had been prepared. We were already on the rise, to go to the Olympic Games or to try to compete, so it's just like, it was a whirlwind."

MORE: Simone Biles talks image expectations and ignoring the trolls: 'They don't know who I really am'

Despite the challenges over the past year, Biles is confident that the team is ready to compete.

"We'll still bring the joy and we'll bring back the medal," she said.