Lady Gaga may have been "born this way," but this weekend in Venice the game-changing singer took her queen status to a whole other level.

Gaga plays the lead in Bradley Cooper's remake of "A Star Is Born" -- and it was that seemingly effortless "star" power that captivated the press, critics and fans who turned out at the Venice Film Festival.

Gaga turned heads so much over the weekend, people might be complaining of whiplash come Labor Day.

To kick off the weekend, Gaga showed up in a gorgeous classic black dress. She made her big entrance like a queen, after she hitched a ride aboard a boat.

Lady Gaga in Venice today ahead of the premier of her oscar buzzworthy movie ‘A Star Is Born’ ???? pic.twitter.com/RVvIPIsXgo

Fans were loving the entrance, one that only Gaga and a handful of other A-list stars could have pulled off.

She wasn't done yet. Next, she took an angelic turn, sporting a sleek white dress and walking hand-in-hand with her directer and co-star Cooper.

Even the Oscar-nominated Cooper bowed down to her greatness.

But the way Gaga closed the festival that really capped off her grand weekend. She wore a feathered Valentino dress that made people completely forget about anyone else in the movie or at the entire film festival for that matter.

Fans and critics were just beaming with awe and praise. Even the little bit of rain from above seemed to heighten her goddess moments.

The fact that she said “no thank you” for the umbrella...only @ladygaga could wear a Valentino Haute Couture gown & make it look flawless even in the pouring rain #AStarIsBorn #ASIB pic.twitter.com/Y692t7LqzA

lady gaga those past few days is a gift from gods pic.twitter.com/DvYSBgodQh 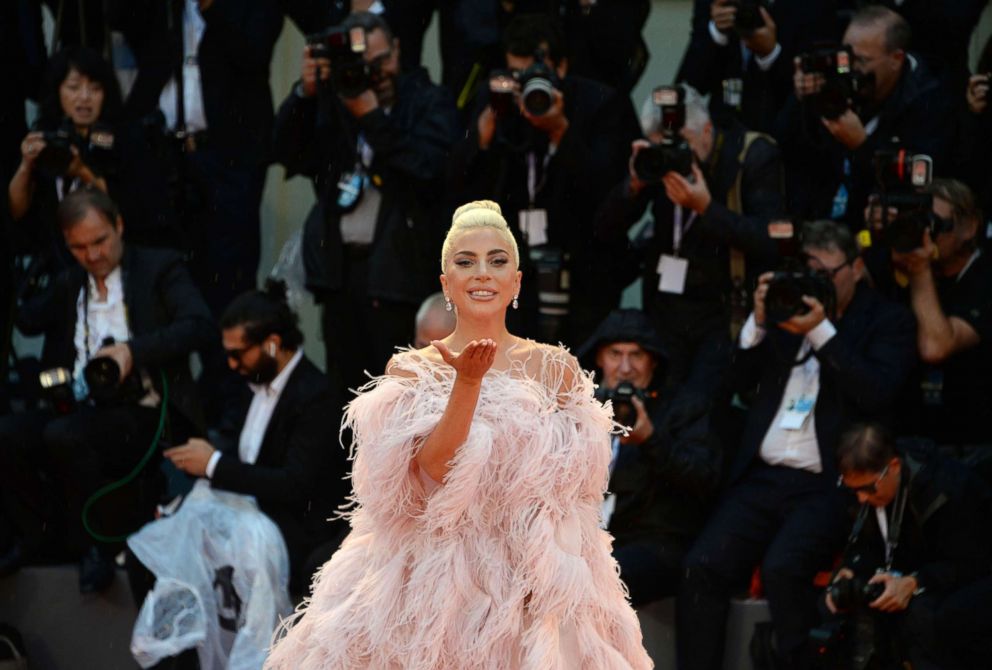 Awakening/REX/Shutterstock
Lady Gaga arrives for the premiere of the film "A Star is Born" during the 75th Venice Film Festival on Aug. 31, 2018 in Venice, Italy. 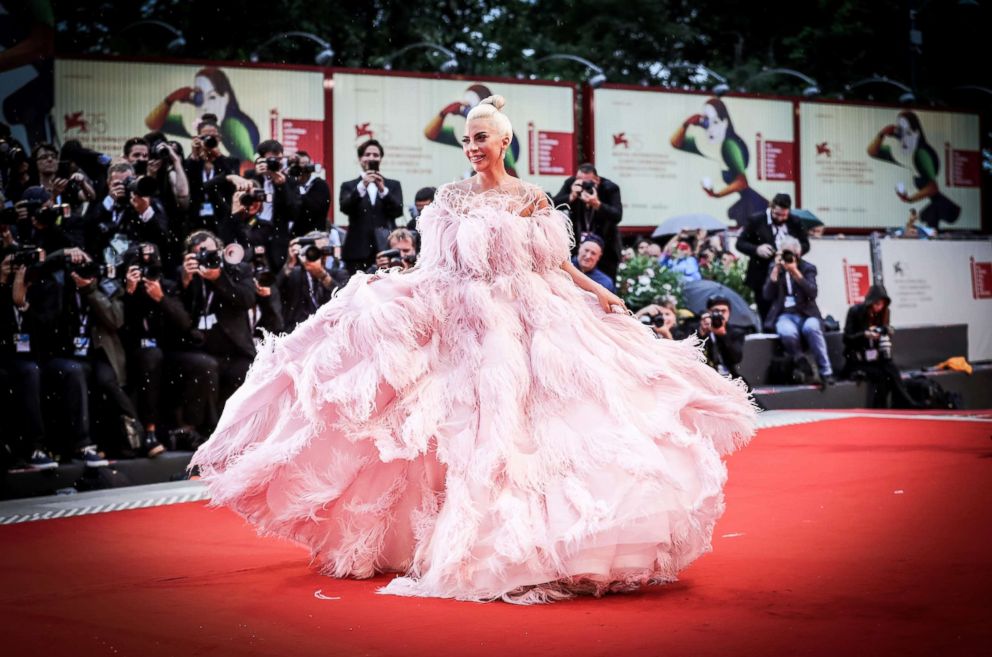 Vittorio Zunino Celotto/Getty Images
Lady Gaga walks the red carpet ahead of "A Star Is Born" screening during the 75th Venice Film Festival on Aug. 31, 2018 in Venice, Italy.

Lady Gaga is really like such an incredible talent. We are lucky to have her.

lady gaga is the definition of pure divinity pic.twitter.com/ifDmyMOhuz

Only Lady Gaga would bow down to a fan at a major red carpet movie premiere, wearing a Valentino Haute Couture gown. @ladygaga will always hold a special place in her heart for Little monsters ???? #AStarIsBorn #ASIB pic.twitter.com/0VsVH1C7fr

Just how good is Lady Gaga in #AStarIsBorn? Critics are calling her film debut "electrifying," "mesmerizing," and "nothing short of extraordinary." The enthusiastic first reviews from #Venezia75 are in: https://t.co/dhDEPGbvRZ pic.twitter.com/BevIAMzWun

"Lady Gaga's final ballad is sure to get the best original song nomination at the Oscars. Gaga may even get a best actress nod, It’s her who shines in her first major role." - BBC pic.twitter.com/WLyMHsfOKG

Critics Are Losing It For Lady Gaga And Bradley Cooper In A Star Is Born https://t.co/uZT6xMkJNg