Ewan McGregor stood by his "Obi-Wan Kenobi" co-star Moses Ingram this week after she shared examples of racist comments directed at her online.

The actor, who plays the titular Jedi, began his message -- which was shared to the official "Star Wars" Twitter account on Tuesday -- with a spot of good news, thanking fans for making "Obi-Wan Kenobi" the most-watched Disney+ premiere of all time.

"It just goes to show what this family can do when we all pull together," he said.

"However, it seems that some of the fan base, from this influential fan base, have decided to attack Moses Ingram online and send her the most horrendous, racist DMs," he continued. "I heard some of them this morning and it just broke my heart."

McGregor called Ingram "a brilliant actor" and "a brilliant woman" who is "absolutely amazing" in the new series, adding that he is "sickened" him to hear what had been happening to her.

"I just want to say as the leading actor in the series, as the executive producer on the series, that we stand with Moses, we love Moses," he concluded. "And if you're sending her bullying messages, you're no 'Star Wars' fan in my mind. There's no place for racism in this world. And I totally stand with Moses."

Ingram on Monday shared some of the nasty comments she had received, including claims that she -- or her character, the comments were unclear -- was a "diversity hire" and that she "won't be loved or remembered for this acting role."

The Emmy-nominated actress said there were "hundreds" of messages like those but that "there's nothing anybody can do about this." She said what bothered her most was the feeling that she should "shut up and take it" or "grin and bear it." 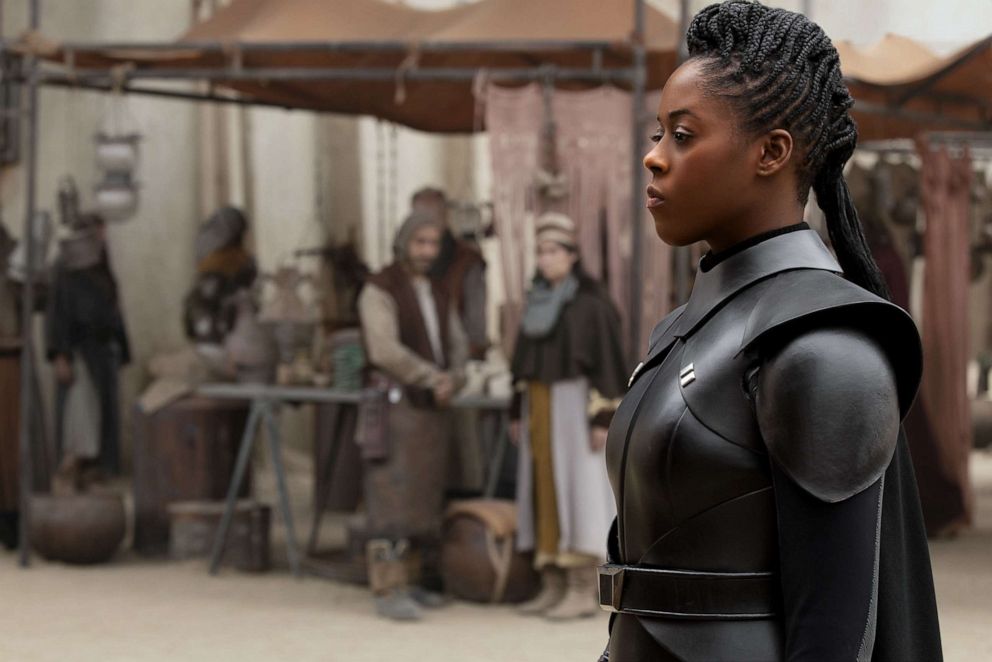 On Wednesday, Ingram thanked fans for their support, sharing a post to her Instagram story that read, "The love is louder. It overflows. Thank you."

The official social media platforms for the "Star Wars" franchise also shared a unified message of support for Ingram on Monday, saying, "There are more than 20 million sentient species in the Star Wars galaxy, don't choose to be a racist."

"We are proud to welcome Moses Ingram to the Star Wars family and excited for Reva's story to unfold," the statement read. "If anyone intends to make her feel in any way unwelcome, we have only one thing to say: we resist."

"Star Wars" has been plagued by racism within the fandom in recent years after both John Boyega and Kelly Marie Tran, stars of the recent sequel trilogy, experienced intense negativity online.

Lucasfilm is owned by Disney, the parent company of ABC News and "Good Morning America."