Look what the American Music Awards made Taylor Swift do!

After much controversy surrounding her performance, Taylor Swift took the stage at the AMAs and performed a medley of her iconic hit singles as this year’s AMAs' artist of the decade.

"That performance was even more fun than I hoped it would be," she said after her highly anticipated performance. 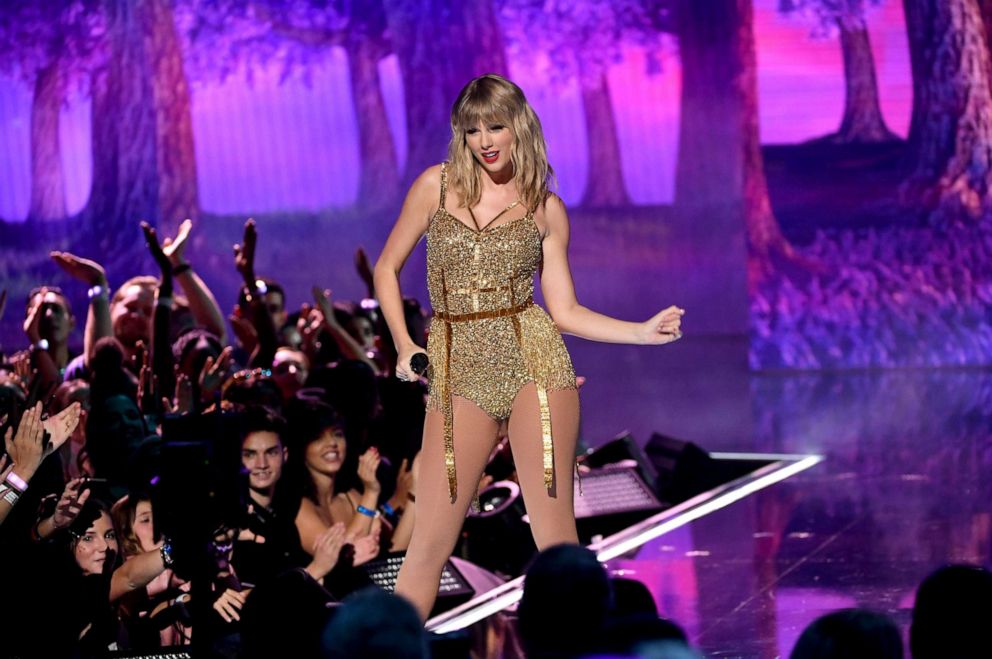 Donning a white button down with the names of all her past albums, Swift opened her performance with a snippet of her song, "The Man," and danced a choreographed number with a few kids on stage.

Then, after a quick outfit change into a sparkly gold bodysuit, the "Lover" singer belted one of her first hit singles, "Love Story," as well as a few of her other hit songs, like "I Knew You Were Trouble" and "Blank Space."

Swift even brought singers Camila Cabello and Halsey on stage when she sang "Shake It Off" and Misty Copeland danced a ballet number when Swift sang her recent hit, "Lover."

The feud began this summer after Braun purchased Big Machine, assuming the rights to her master recordings. They’ve been at odds ever since.

Issues surfaced once again recently when Swift posted on Tumblr accusing Braun and the CEO of BMLG, Scott Borchetta, of blocking her from performing all of her past songs on the AMAs that she recorded while she was under contract with BMLG.

.@taylorswift13 performing "Shake it Off" alongside @halsey and @Camila_Cabello is a girl power MOOD right now! #AMAs https://t.co/KdqDAcH9zO pic.twitter.com/jpmvD6mco6

When Swift called upon her fan base and fellow artists to tell Braun and Big Machine how they felt, Braun said he began receiving death threats directed at his family. He posted on Instagram a message to Swift begging her to sit down so they could resolve their issues.

Despite the ongoing feud, Swift sang a song from nearly all of her past albums. 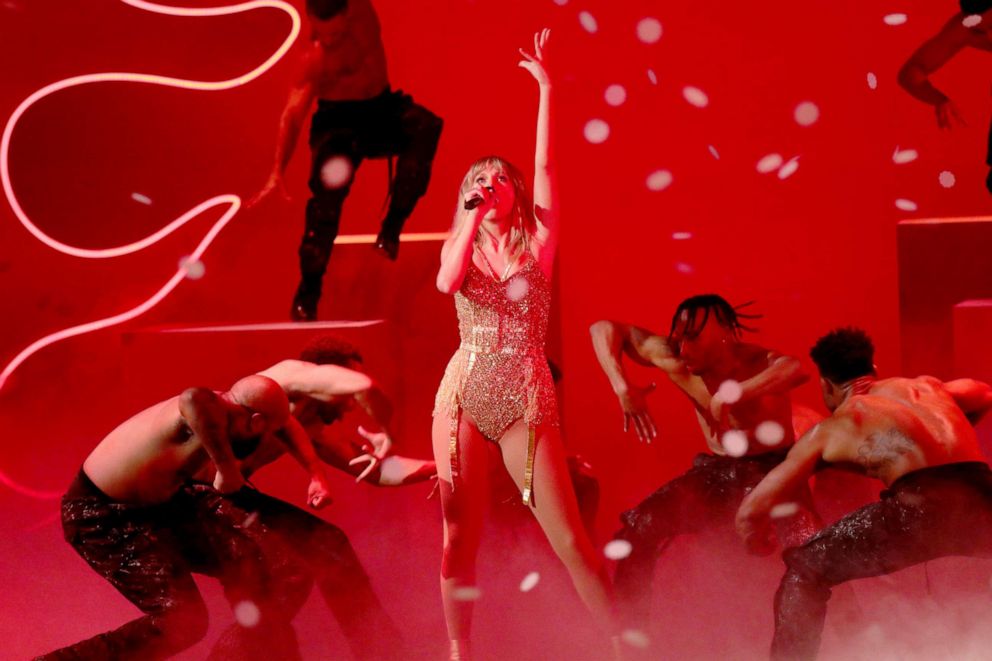 As the AMAs' artist of the decade, Swift was honored by Carole King, a singer who had inspired Swift for years as a songwriter, and gave her a glowing introduction before her performance.

(MORE: Carole King to present Taylor Swift with Artist of the Decade award at AMAs)

"Over the years, I’ve known some great songwriters and some great singers and performers," said King. "It’s rare to see all those talents in one person, but that defines Taylor Swift. She is one of the only modern pop singers whose name appears in the song credits."

Swift, who’s always had a special relationship with her fans, thanked them after her performance.

"The fact that this is an award that celebrates a decade of work and art and fun and memories, all that matters to me is the memories that I’ve had with you guys, with you the fans, over the years, because we had fun, incredible, extraordinary times together," said Swift. "And may it continue."

With six awards Sunday, including artist of the decade, Swift also broke the all-time record for AMA wins with 29. Michael Jackson previously held the record with 24.