Taylor Swift is still feuding with the owners of her back music catalog.

The "Lover" singer wrote in a Tumblr post Thursday that she'd planned to sing a medley of her hits at the American Music Awards later this month, but Scooter Braun and Scott Borchetta, who own the rights to many of those songs, have told her she's not allowed.

According to Swift, who is being honored with the Artist of the Decade Award at the awards ceremony, Braun and Borchetta claim that a television performance "would be re-recording my music before I’m allowed to next year."

She also alleged that the two men will not allow Netflix to use her older music or performance footage in a documentary about her life unless Swift promises to not re-record her hits and agrees to stop talking about Borchetta and Braun.

"I feel very strongly that sharing what is happening to me could change the awareness level for other artists and potentially help them avoid a similar fate," she wrote. "The message being sent to me is very clear. Basically, be a good little girl and shut up. Or you’ll be punished.'

"As Taylor Swift’s partner for over a decade, we were shocked to see her tumblr statements yesterday based on false information," the statement said. "At no point did we say Taylor could not perform on the AMAs or block her Netflix special. In fact, we do not have the right to keep her from performing live anywhere. Since Taylor’s decision to leave Big Machine last fall, we have continued to honor all of her requests to license her catalog to third parties as she promotes her current record in which we do not financially participate."

The company claimed the two parties had recent conversations about the matter and remained "optimistic" they would come to a solution until Swift released her statement on Thursday. It also claimed that Swift's statement impacted the safety of Big Machine Label Group's employees.

(MORE: 'Never in my worst nightmares': Taylor Swift on Justin Bieber's manager buying her back catalog)

Swift, 29, first lashed out at the two men in July when Braun's Ithaca Holdings' acquisition of Big Machine Group, and with it, all of Swift's music from her 2006 debut through her 2017 album, "Reputation," was announced.

The singer has a long, negative history with Braun, who previously managed Kanye West and currently works with Justin Bieber. 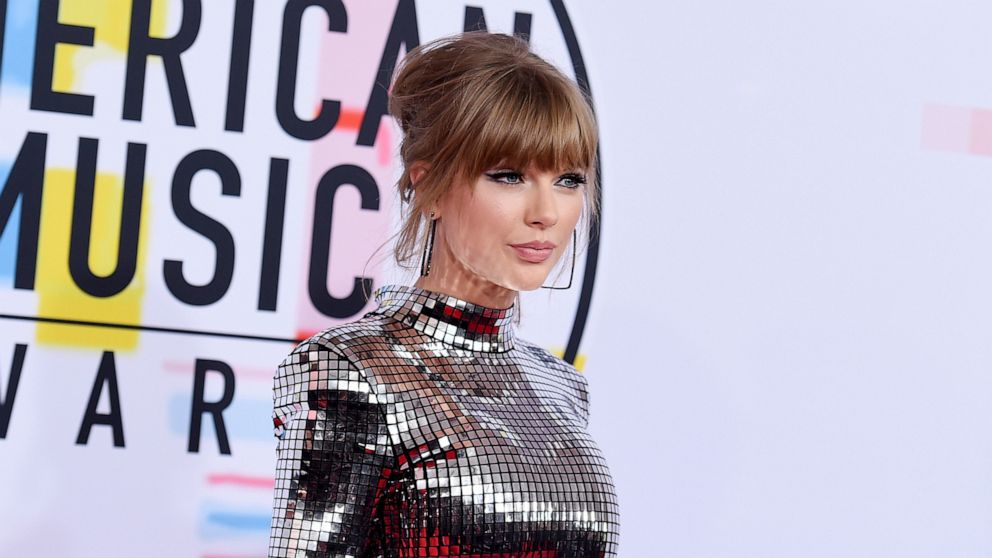 Jordan Strauss/Invision/AP, FILE
In this Oct. 9, 2018, file photo, Taylor Swift arrives at the American Music Awards at the Microsoft Theater in Los Angeles.

"When I left my masters in Scott's hands, I made peace with the fact that eventually he would sell them," Swift wrote on Tumblr at the time. "Never in my worst nightmares did I imagine the buyer would be Scooter. Any time Scott Borchetta has heard the words 'Scooter Braun' escape my lips, it was when I was either crying or trying not to. He knew what he was doing; they both did."

(MORE: Taylor Swift returns to perform at The Bluebird Cafe in Nashville where she got her break)

Swift, who is now signed to Universal Music Group, encouraged her fans to reach out to Borchetta and Braun to tell them "how you feel about this." She also explained that Braun works with several artists "who I really believe care about other artists and their work," and urged people to "ask them for their help." Braun's clients include Ariana Grande, Dan + Shay, Karlie Kloss, and Demi Lovato, though she did not specify to whom she was referring.

"I’m hoping that maybe they can talk some sense into the men who are exercising tyrannical control over someone who just wants to play the music she wrote. I’m especially asking for help from The Carlyle Group, who put up money for the sale of my music to these two men," she wrote. "I just want to be able to perform MY OWN music. That’s it. I’ve tried to work this out privately through my team but have not been able to resolve anything. Right now my performance at the AMA’s, the Netflix documentary and any other recorded events I am planning to play until November of 2020 are a question mark."