In a brutally honest and open interview with Esquire magazine, actor Terry Crews opened up about toxic masculinity and sexual assault in hopes of raising awareness and changing the status quo not only in Hollywood but the rest of the country.

Crews spoke out early in the #MeToo movement when he claimed that he was assaulted several years ago at a party by high-profile agent Adam Venit. In his interview with Esquire, he admitted his role part in toxic masculinity in the past, especially as a former professional athlete.

Venit has denied all of Crews' allegations, and in March, authorities decided not to prosecute the agent. In September, he announced his retirement from the agency.

(MORE: Terry Crews names alleged sexual assaulter: 'I will not be shamed')

Terry Crews Is Fighting for the Young Man Within Him https://t.co/ZB1dU46kcx via @Esquire

Crews' experience with Venit wasn't the focus of the interview, however. Instead, he spoke about his restraint in that alleged moment, and how he knows that it was the right thing to do. Crews said that he wants to help others change what it means to be a man if they're walking down the same path.

His journey as an artist, designer and a husband have all contributed to seeing things in a new perspective, he said, allowing him to shed the skin so many men carry from the toxic culture of masculinity embedded in the U.S.

"My wife has seen people get tossed over her head at the club. But back home, she would say, ‘Never do this again.’ And I’m like, ‘Yeah, but he deserved it,’ and she’d say, ‘Listen to me: You cannot do this. You will lose everything you have. Or they’ll put you in jail, or they’ll shoot you,'" he told Esquire. 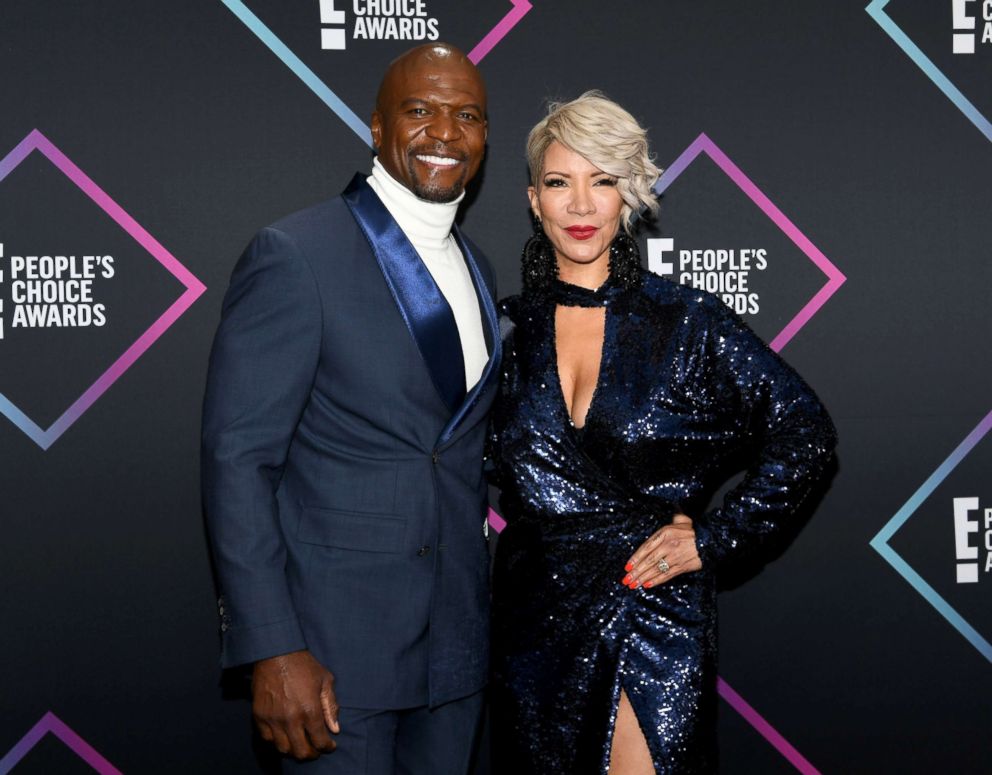 It was his wife, Crews said, that helped him to restrain himself the night of his alleged assault.

Crews said that he knew if he had thrown a punch the agent's way, "everyone in that room could make a phone call to every movie studio in the world: ‘Well, you know about Terry,’ and they’d believe them. [Pushing back] is not an option. It just isn’t. I got too much to lose.”

"This is what toxic masculinity is. People think, ‘Look how big you are, look how strong you are. If I was you, I would've killed him.’ But my body's not for killing. In America, we want to finish the movie. And the movie, if you’re a man, is 'Dirty Harry,'” he said.

Crews said holding back that night "saved my whole existence."

@TerryCrews is a lot of things: an actor, a furniture designer, a flautist. He’s also a sexual assault victim. Now, eight months after taking on his assaulter, he’s leveraging his profile, his money, and his reputation to take on the system in a way he says the average victim cannot. And he's relentless. Read the full story from @DaveHolmes at the link in our bio. Photos by Carlos Chavarria.

But Crews wasn't always the enlightened, zen master he is now. He admitted that when he was in the NFL, he was a "card-carrying member" of the toxic masculinity crew.

"You don't want to be kicked out. So I'm like, ‘Yeah, man, look at that a--!’ Even if I might not have felt that way. Did I rape anyone? No. But did I look the other way? Hell yes. While all those things were going on, I didn't say anything," he said.

Now, Crews is part of a bigger movement — one where he says there's "zero tolerance" for assault and abuse.

"You can't treat me that way. No man, woman, or child can be treated this way, ever," he said. "There's a little boy inside Terry Crews. He was molested. If I don't stand up for him, who will? Every person on earth is still that kid. You're still that kid. There are a lot of people who’ve cheered me on since then. It’s been a victory for a lot of people who could not speak.”