TobyMac is back with his first new album in four years -- the first since the death of his son Truett Foster McKeehan.

In an interview with ABC News' Chris Connelly, which aired Monday on "Good Morning America," the Christian singer and rapper opened up about "Life After Death," his most personal album yet, and the event that he said "rocked" his faith.

McKeehan, TobyMac's oldest child, was found dead from an accidental overdose at his Nashville home on Oct. 23, 2019. He was 21 years old.

TobyMac said he leaned on his wife Amanda and God to help get the couple and their four other children through the tragedy.

The Grammy winner told "GMA" he began the process of creating "Life After Death," which dropped Aug. 19, back in 2020 with the song "21 Years," which he released in the wake of McKeehan's passing.

"I think the only possible way I could do that was because it was a tribute to him. It was a tribute song more than it was me getting my art on," TobyMac, 57, said. "I wanted to create a sort of monument to how amazing he was."

He said it took him two days to record the first verse because he "couldn't get it out" and kept getting emotional while singing. "It was just so painful to say those words," he said. "I don't even know how I did it. I don't even remember writing it. I was numb, but I wanted to honor my son." 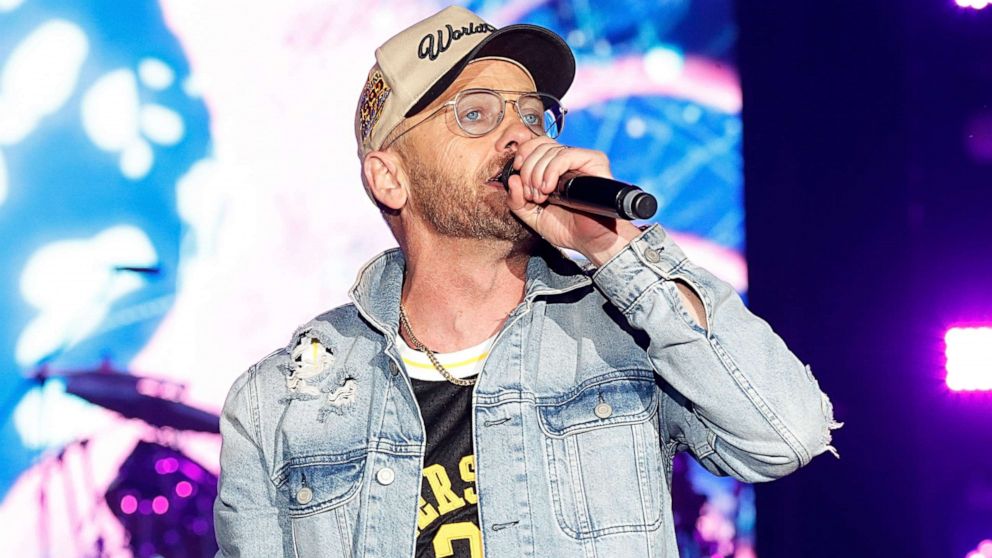 On McKeehan's potential as a performer

TobyMac said he knew his son had musical talent at an early age.

"I knew he was musical, I knew he had rhythm. I remember when he was just really young, like maybe 1, I would sing to him, 'You Can't Always Get What You Want,' and he would just start laughing so hard 'cause he wanted everything," he recalled. "He had flow at, like 4. I was like, 'Dang, you're better than me.'"

As McKeehan got older, he began to explore what his future as a performer could be by rapping on his dad's songs. Eventually, though, it came time for him to set out on his own. While his dad was a famous performer in the Christian music genre, McKeehan didn't want to feel boxed in.

"When he started making music, he didn't want to be that guy. He didn't want to do just what I did," TobyMac explained, adding that his son always had "love" for him and what he did.

He recalled his last concert that McKeehan attended, a show at Nashville's Bridgestone Arena.

"I just could see him up watching my show and smiling and dancing. He was 20. He could've been way too cool for that, but he was just proud of his dad," TobyMac said. "He passed not too long after that."

On his last memories of McKeehan

TobyMac said McKeehan got to realize his dream, performing his "first and only show as an artist" at The Factory in Franklin, Tennessee, where the family still resides.

Though he was meant to be flying to Canada for a concert the next day, the proud father pushed his flight to make his son's gig. "I had to be there," he gushed. "He crushed it. He knocked it outta the park."

The memory now has a bittersweet tinge to it, as TobyMac said the last time he saw McKeehan was after the show.

"I gave him a hug and I said, 'I love you, son. I'm proud of you, man,' and I walked away," he said. "I sit at a restaurant and look at that place where I last saw him often, unfortunately -- but fortunately, somehow."

TobyMac also revealed the last text he got from McKeehan. It was a message that said, "'Dad, you've always made me feel like a superhero."

"You couldn't ask for more than that," he said. "I'm so grateful that he knew I loved him with everything in me."

TobyMac said he found out McKeehan died while he was on a tour bus in Canada. He said the news made him fall to his knees and ask the person who told him "probably 25 times" if he was sure.

"I couldn't believe my amazing son was gone," he said.

On his new album "Life After Death"

TobyMac said making this new album was a true test for him.

"I was taking a step of faith and pushing myself to believe, pushing myself to recognize that God might have a bigger plan than I do," he said, calling "Life After Death" his "journal over the last three years."

While TobyMac has collaborated with many artists throughout his career, the most special among them happened on "Life After Death" when he asked his 20-year-old daughter Marlee to write a song with him. The result? A track titled "Everything About You," which he said "talks about everything we miss about Truett."

Having written this and a few other sad songs -- "and I'm not known as the sad song guy at all," he said -- he thought that he would "never write another up-tempo song" again.

In the end, TobyMac summed up "Life After Death" as "the journey from where I was to where I am."