New England Patriots star Tom Brady may need to make room in his trophy case for not just his most recent Super Bowl ring, his sixth, but for his kids’ trophies, too.

Brady, 41, opened up to ABC News’ Michael Strahan about the athleticism of his three kids and the sport he is trying to get his only daughter to play.

“My middle son is more like my wife, is very athletic but likes a lot of other things,” he said of Benjamin, 9, his son with wife Gisele Bundchen. “And my daughter is a great little athlete.”

(MORE: Tom Brady says it makes him 'cringe' when people call him the greatest of all time)

Brady revealed he is trying to get Vivian, 6, to play hockey but Bundchen, a native of Brazil, does not approve.

“My wife's like, ‘Over my dead body. You're not putting her out there,’” Brady said with a laugh. “But whatever they want to do in life, I want to support.”

“As a parent, we just want our kids happy,” he said. 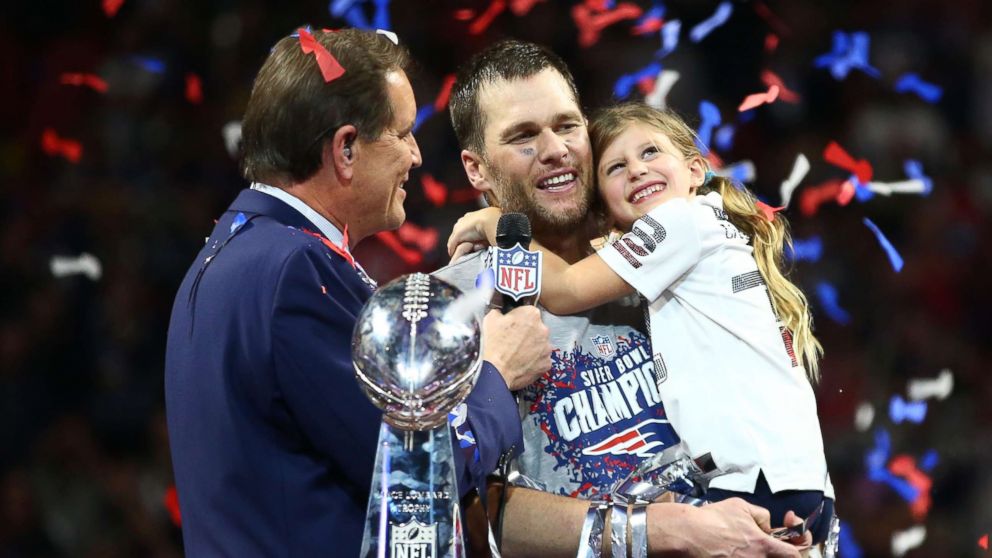 If there is one thing he said he hopes his children will learn from watching him it would be to "follow their dreams.”

Brady’s entire family was by his side in Atlanta as he led the Patriots to their sixth Super Bowl win. He called the experience both “emotional” and “great” for his family.

“You know, it's a long week for everybody,” he said of the countdown to Sunday’s game. “My middle son was sick so, you know, just like being a parent, you're on the road and you’ve got all these things going on. Your son's not feeling good.” 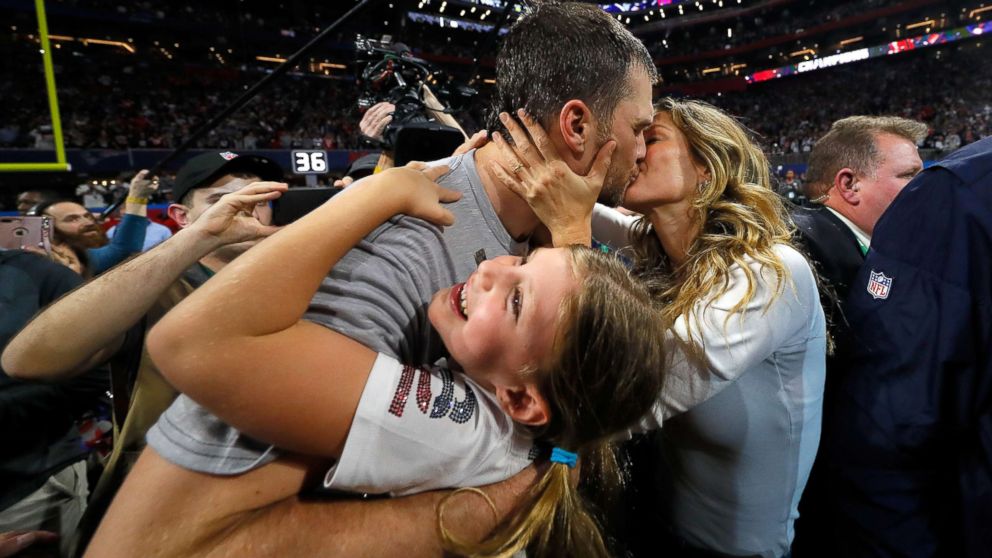 Kevin C. Cox/Getty Images
Tom Brady of the New England Patriots kisses his wife Gisele Bundchen after the Super Bowl LIII against the Los Angeles Rams at Mercedes-Benz Stadium on Feb. 3, 2019 in Atlanta.

“[Bundchen] was holding him most of the game but it was just a great experience for our family,” Brady said.

Bundchen was seen on the field after the Patriots’ win giving her husband a kiss. She later posted an Instagram tribute to Brady, writing, “Your tireless commitment, discipline and hard work never ceases to amaze me.”

Brady revealed his wife “said a lot of things” to him after the game and was just “proud of everyone.”

“She loves seeing everyone like Jules [Julian Edelman] and Gronk [Rob Gronkowski] do well. All the guys that have been around for a while,” Brady said.

Brady and Bundchen will celebrate their 10th wedding anniversary later this month. Brady called his wife his "rock."

“I married someone that ... I know is my life partner,” he said. “She's just one of the most caring, nurturing people in the world.”

“The way she takes care of our family when I'm working, sacrificing a lot of her dreams,” he added. “I can only tell her I love her so much.”

Bundchen posted a photo before the Super Bowl of her hugging Brady from behind, writing, "I got your back."

“She's got my back,” Brady told Strahan. “I have no doubt about that, and she knows I have hers.”