Tyra Banks has gone viral thanks to the outfit she changed into halfway through Monday night's episode of "Dancing with the Stars": a larger-than-life red gown accentuated by oversized fan-shaped sleeves.

While the internet was intrigued by the look, many compared it to the dilophosaurus that killed Wayne Knight's character, Dennis Nedry, in the classic 1993 movie "Jurassic Park."

Banks shook off the comparisons on Tuesday when speaking with E!'s Daily Pop, saying the dress was an homage to her past life as a Victoria's Secret Angel. 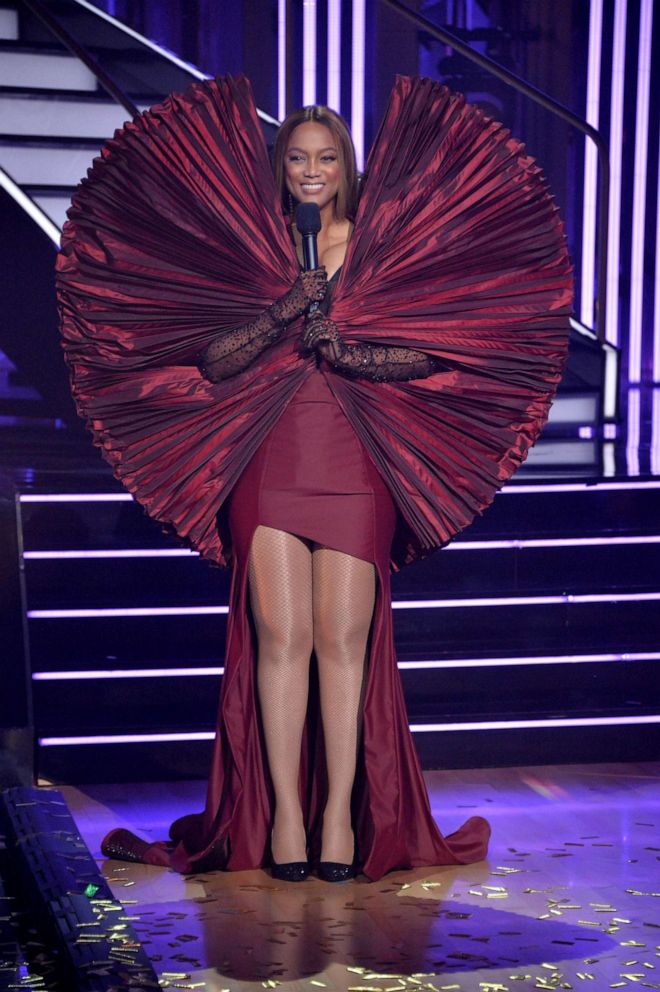 "There's a base of that dress. It looks like a normal, beautiful dress from the '90s," the "America's Next Top Model" creator said. "Then I go on the stage in front of the audience and everybody, and I put on the wing thing. And everybody was like, 'Oh!' because they thought the first thing was the normal dress."

"Dancing with the Stars" will celebrate all things Britney Spears when it returns next Monday at 8 p.m. ET on ABC.