The U.S. Women's National Team is just days away from heading to France for the 2019 Women's World Cup, a tournament they hope will inspire young girls.

"I just want girls to feel like they can believe in themselves and like they have a path to success," Alex Morgan said "Friday on "Good Morning America." "Whether they want to become a professional soccer player or not, I think that they can draw inspiration from us this summer on that."

Team USA is fighting to win a second consecutive World Cup title at the tournament, which starts June 7 in France. 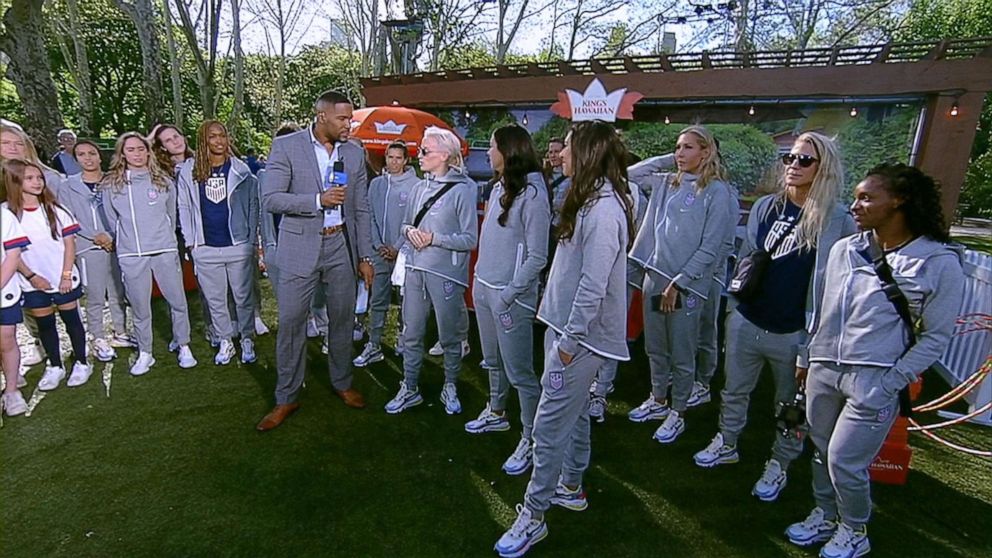 "For me, growing up, soccer was my passion, something that I wanted to do," Morgan's teammate, Carli Lloyd, said. "I didn’t know if that dream was attainable."

"I think being able to watch the ’99 team capture their gold medal, winning the World Championship then, really inspired me," added Lloyd, who, like Morgan, was a member of the 2015 World Cup winning team. "If you believe in yourself and work hard, any dream is attainable." 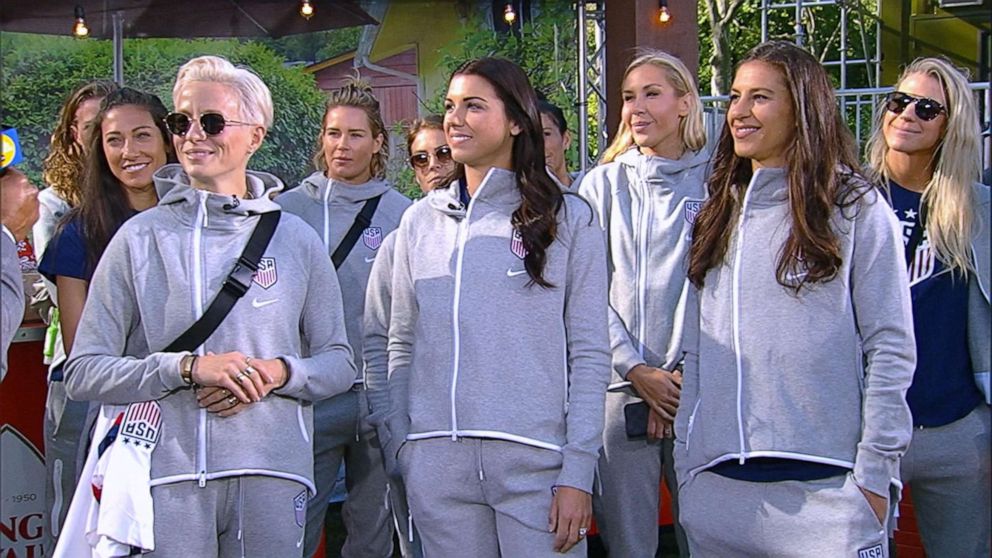 The U.S. women will play their final game in the U.S. before the World Cup on Sunday against Mexico. Then they travel to France to play their first 2019 World Cup game on June 11.

(MORE: Soccer star Abby Wambach gets real on how 'gratitude' can hurt women)

Megan Rapinoe, a star forward also played on the 2015 team, said the team this year "feels like a new vibe."

"We have the one in the back from before," she said of the 2015 victory. "It doesn’t really feel like we’re defending that one, we’re trying to get something else."

The team filed the lawsuit in California in March, on International Women's Day, after years of public battles with the USWNT for equal pay and conditions. The players blasted the sport's governing body for allegedly paying mere "lip service" to gender equality and dishing out markedly more pay to the decidedly less successful men's team. 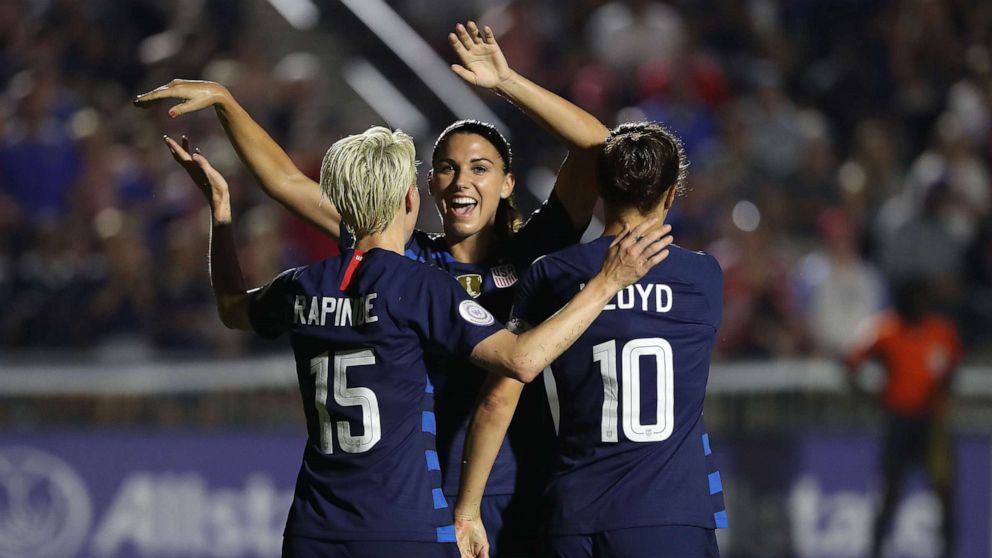 Streeter Lecka/Getty Images
Megan Rapinoe reacts after scoring a goal as she celebrates with teammates Alex Morgan and Carli Lloyd of USA against Mexico, Oct. 4, 2018 in Cary, N.C.

The players said earlier they had no plans to boycott the World Cup while the lawsuit plays out.

"We know in our hearts, and we know with the facts that we have, that we’re on the right side of this," Rapinoe told "GMA" in March. "I don't think anyone can argue that there's gender inequities in this world, that there’s a pay gap, that there's pay discrepancies."

Dolly Parton has arrived on TikTok: 'Now that I'm here, tag me!'